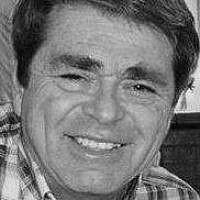 The Blogs
Pini Herman
Apply for a Blog
Please note that the posts on The Blogs are contributed by third parties. The opinions, facts and any media content in them are presented solely by the authors, and neither The Times of Israel nor its partners assume any responsibility for them. Please contact us in case of abuse. In case of abuse,
Report this post.

Los Angeles, the second largest city in the U.S., now has elected a Jewish mayor. Eric Garcetti is the third person of Jewish ancestry who will hold the chief executive office in Los Angeles since 1850.

While all three Jewish candidates were initially seen as underdogs to their opponents, the LA City Controller elect, Ron Galperin,  who happens to be a rebbetznik, married to Rabbi Zach Shapiro, was the most surprising come from behind winner, having never held elected public office while running against a widely respected three-term LA city councilman, Dennis Zine. 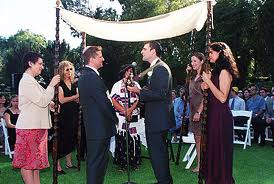 Ron Galperin seems to have ridden in on the coattails of Jewish voter turnout to support the two other more prominent Jewish candidates for mayor and city attorney.

The new Jewish mayor was elected with fewer votes than any new mayor of Los Angeles since 1938 when the city’s population was less than half of what it is now.

While Jews demographically constitute an ever smaller percentage of the Los Angeles electorate, the high rate of voter participation still gives the Jewish community inordinate power on election day.  When other potential blocs of voters stay home, the Jewish vote has always proven to be decisive.

In 1996, when it was last studied,  the effective Jewish vote size in the city Los Angeles was approximately 350,000, where 93 percent of registered Jewish voters had reported voting in the last four years, 22 percent had voted in 2 or 3 elections in the past four years and 27 percent reported voting in four or more elections in the past four years.  There were probably over 150,000 Jewish voters in this LA city election cycle.  The LA City Clerk estimated that only a 19 percent of the 1.8 million registered voters in the City of LA of which an estimated 344,000 actually voted on election day.

Jewish voters were probably approaching half the total voters casting their ballots in this city election and that is a likely explanation for the Jewish electoral sweep of Los Angeles.

Ron Galperin fits the LA historical precedent of the underdog, political neophyte elected into office opposing veteran politicians who don’t have the backing of a Jewish community used to exercising the vote in Los Angeles and other urban areas.