I. When We Lose or Misplace Something

(Almost) all people have done it, some more often than others, misplaced or lost something. In the Grand Scheme of Things, it might be something small such as their eyeglasses, a contact lens in a deep-pile carpet, a favorite tea or coffee cup, food they just know is  somewhere in the pantry, a book almost finished. For most people it is nudgedik, a little bit of a bother, but some other people are upset, angry, or obsessed until they find it – if they ever find it. 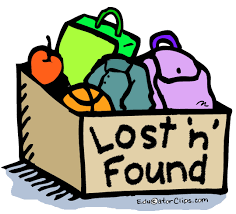 If they find it — this no-big-deal item — it may have been somewhere right in front of them; or when they aren’t even looking for it; or in a “safe” and logical place where they had put it so they would easily recall exactly where, but forgot the location, or some out-of-the-way place. Rarely is it ever someplace ridiculous, like finding a carton of milk they had absentmindedly put in the microwave. At times, when they have already given up on something, they might be looking for some other object and find what they had been searching for previously. And now and again, a friend happens to come by and, with “fresh eyes”, may find it. And there are those who wisely set a time limit for how long a misplaced or lost object will bother them. They have decided that it is not worth it emotionally to be so upset to exceed that limit.

Occasionally, they do not even know something is missing. This happened to me: One summer, I had the opportunity to move out of the dorm to live with a friend in a much bigger, air conditioned apartment until classes started again. We had shlepped all of my “stuff”, including my very large library to his place. But our arrangement didn’t work out and I moved elsewhere. A month or two later, I received a package in the mail. In it was the Kiddish cup my synagogue had given me for my Bar Mitzvah. I had forgotten that I even owned it.

If the people are successful in finding the small items, they may get a “mini-high”.

It’s one of life’s little pleasures.

People react differently if it is something big like a passport, credit card, the first three chapters of their PhD dissertation. A friend once left his computer on the train.. After he discovered that he had forgotten to take it, he called AMTRAK’s lost and found at the station where he last saw it. They had it, and he came back to pick it up. I, myself, once accidentally tossed in my trash can three half-price coupons for luxury hotels in Hawaii.

Luckily, I found them on the top of a pile of garbage in the my apartment’s dumpster. My worst was losing a hearing aid when I was in Cincinnati for a speaking engagement. (After my search that would have made any police force proud, I had to give up. I now refer to that area where it disappeared as The Black Hole of Cincinnati.) That sloppy mistake cost me more than $2,000.

II. When Others Lose Something — The Jewish View of “Finders Keepers, Losers Weepers”

Our relevant Mitzvah is called hashavat avaydah, returning lost objects. The details are extensive, but here is Maimonides’ formulation of the Halachah summarizing the Talmud’s discussions (Hilchot Gezaylah Ve’avayda [Laws of Theft and Lost Objects] 13:1):
If someone finds an object that another person has lost, that person is required to announce it and make known (that he or she had found it) and to state, “Whoever has lost such-and-such type of object should come, describe identifying details and then take it”, even if it was worth only a pruta (the smallest coin).

As I mentioned, the rules are extensive: Was the object found in a major thoroughfare, busy store, or in an out-of -the-way street or alleyway? What time of day was it found? Did the person provide acceptably distinctive specifics when identifying the item? How long must the finders wait before they can assume that the owner has given up on finding it and, therefore, it is now considered ownerless property, and they can keep it?

This happened to me once when I was on vacation. I was jetlagged from the long flight, and I took a walk late at night along a lovely path — the Pacific Ocean on one side and very upscale hotels on the other. On the way, I noticed what looked like a bill lying at the bottom of a few steps down from the Four Seasons’ pool area. It was $100! Because of what I knew of the Talmud’s rules, I waited about an hour and a half, because it was a high-class resort, and because some understandably extremely relaxed vacationer might still be out and about from partying or a late dinner. The owner of the $100 bill might very well notice that it was missing from his or her wallet or short’s pocket and would search for it. So, just in case, I waited. No one showed up, I put the money in a separate part of my wallet, began imagining all the Mitzvah heroes or Tzedakah projects that I knew that could benefit.

At this point, I believe it is justified to extend this topic from “lost objects/things” to other categories of Lost-and-Found. We know people who have lost their jobs and what we might do to help them find a similar one; others who have health problems whether it be simply a persistent cough, an aching shoulder, or serious chest pains — we could get them to a trustworthy medical facility, pharmacy, or acupuncturist that we are familiar with.

Perhaps as important, there are people who have lost their dignity and self-image. I believe that this Halachah also calls on us to do something to help that person recover these losses.

To summarize at this point, hashavat avaydah, is not just the Menschlich thing to do. It’s a Mitzvah just like making HaMotzi, giving Tzedakah, fasting on Yom Kippur, not delaying salary payments, or sitting in a Sukkah.

III. When We, Ourselves, Sense That We May Have Lost Something 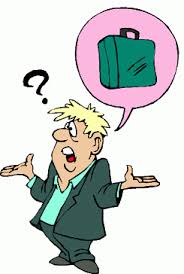 Sometimes, we may sense that something doesn’t feel right about ourselves; that something about our Best Selves has been lost; that we may have crossed the line about what we consider right, or we have concluded that, no matter how successful we have been in our fields of endeavor and have earned high praise from others, or they just don’t like  themselves.

For some of these heavy personal issues, a classical Jewish response might be Teshuvah-repentance, a turning, a change of direction. But there are some people who have tried and — for whatever reason — found that the traditional Jewish methods do not work for them. Nor have the psychological therapeutic approach, Eastern yoga, or even the caring words of the closest friends — proven helpful.

What I propose is that, only perhaps, because there are such a massive number and enormous variety of common examples of Lost-and-Found like the ones at the beginning of this Dvar Torah — finding in unexpected places; finding while not even looking, finding “right in front of the eyes” — may be useful in a situation of personal loss and possibly offer a key to restoring a person’s missing piece-of-Self. In addition, when initiating the search, it would be important to keep in mind how much time, effort, and any mental strategies, techniques, or clever tricks that were used to find things.

All of these would serve well in this all-important search.

While I would not be so chutzpadik as to suggest that this is the solution. I am simply offering one additional possibility for rediscovering that lost vital part of the Self — even though it may not help for those where nothing else seems to have brought relief.

Having written this Dvar Torah, I was just wondering whether people who are in charge of a Lost and Found — a hotel, airline, 7-11, or grocery store — really understand how immensely important their work is?