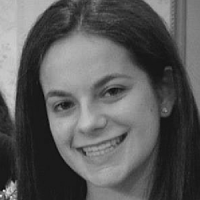 The Blogs
Hayley Nagelberg
Apply for a Blog
Advertisement
Please note that the posts on The Blogs are contributed by third parties. The opinions, facts and any media content in them are presented solely by the authors, and neither The Times of Israel nor its partners assume any responsibility for them. Please contact us in case of abuse. In case of abuse,
Report this post.

On October 1st, the world did not follow calculated statistics.

At Umpqua Community College in Oregon, eight students and a teacher were shot to death.

On a road between Elon Moreh and Itamar in Samaria, a husband and wife were shot to death.

But the world did not react the same way to these events.

In America, President Obama spoke for the umpteenth time of the need for stricter gun laws. Celebrities gathered together in monotonous black and white videos, calling for an end to gun violence. Hashtags and news articles trended on social media about Umpqua, expressing sympathy for the victims and their families and exploring whether the shooter was mentally troubled.

And in Israel? A nation bound together. Thousands attended the funeral of Naama and Rabbi Eitam Henkin, including the President of Israel, town mayors, rabbis and innumerable citizens pledging to become the family of four new orphans, all under the age of ten, who watched their parents get killed right before their eyes. And then there was Hamas, praising the attack and calling it heroic.

I would never trivialize the heinous attack in Oregon; the devastation in this community is unimaginable. But I am confused about how much more attention this one story received over the other. Does the press find it more compelling to say “mass shooting”, rather than “couple killed”? Does the media not see the comparisons in these two events? Or do they want to pretend that they do not see the similarity?

Why are so many people afraid to call out these acts as terrorism based on religion? Why is it so hard to accept that the issue is not just about gun laws, and mental illness, and disputed land, and retaliation? Why, when it comes to America, is the reaction to immediately try to decipher how the shooter acquired his gun and whether he was mentally unstable? Why, when it comes to Israel, are many people so quick to say that all sides are to blame for continued violence, insinuating that these parents “got what was coming” and that the event cannot be considered in isolation because it is part of an ongoing dispute? Why do we talk about one story or the other, but rarely look at them together. The reasons for these events were not identical, the methods of the attacks were not the same, the people whom the murdered have left behind are worlds apart, and the reactions are completely different. But why?

Eleven people were shot dead on October 1st because of their religion.

Sure, there was mention of religion in the widely adopted hashtag, #YesImAChristian. No doubt, there was reference to religion when all of Israel watched a nine-year-old boy say the Mourners’ Kaddish for his own parents. But these responses do not sufficiently address this troublesome issue.

While we are sorting out the myriad possible reasons for these savage acts, let us not forget what seems to be the most unifying factor of these two attacks, and the many comparable attacks that have preceded them. In America, in Israel, in Syria, in Iraq and around the world, we have a dreadful, and growing, problem with religious intolerance. With religious hate. With religious terror.

These stories are not unique. They are happening every day, all around us. The lists of names to mourn are becoming so long. The number of children growing up without parents, and the number of parents having to bury their own children, are far, far too many.

Children need to be educated from the youngest age possible about tolerance in all forms, including and especially religious tolerance. Parents need to reinforce these values at home. The media needs to be honest about the motives behind these tragedies.

On October 1st, the world did not follow calculated statistics. But if we don’t begin to seriously address this core issue, I fear these numbers will become the new norm.

About the Author
I am a sophomore at the University of Illinois Urbana Champaign studying Animal Sciences. I am a Hasbara fellow on this campus this year following a year as a CAMERA fellow. I am involved in Israel Advocacy n campus through Hillel, Illini Students Supporting Israel and Illini Public Affairs committee.
Related Topics
Related Posts
Hayley Nagelberg
Comments