Imagine that you are a contestant on the game show Jeopardy! and heading toward the final round. The category is “Names of Biblical Women” and you decide to go all-in, confident this is your chance to be the big winner. Now the final Jeopardy! clue is: she became a pillar of salt.

Quickly your mind races—it’s got to be Lot’s wife. But what was her name? The clock is ticking and all your winnings are about to evaporate. The buzzer sounds—and your response is nothing but a question mark. Why? Because like other women throughout history whose identities have been lost or hidden, the tragedy of Lot’s wife is not only that she became a mineral, it is that in humankind’s most enduring book, she was not given her own name.

Now, thanks to an entertaining and creative new re-telling of the biblical story, we can finally hear her perspective. A staged reading of “Lot in Life,” a dramatization written and directed by Doug Brook, was recently performed on Zoom by Silicon Valley Shakespeare. The company’s break from the bard enabled a delighted audience to enjoy a diverse cast of performers who brought fresh new voices to a familiar tale. Utilizing the capability of Zoom to place people in virtual backgrounds, the “scenery” for the reading showed actual scenes of the desert in Israel. When Lot’s wife becomes a pillar of salt, the visual transformation was by means of a digital image.

What happens in Sodom, stays in Sodom! 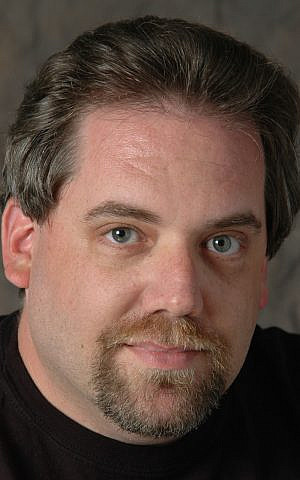 Brook has been developing “Lot in Life” over several years. An earlier version was previously performed at the annual Alliance for Jewish Theatre Conference. “It’s like writing a midrash on stage,” he said, referencing the cherished Jewish tradition of creating the unstated back story to fill in our understanding of events or people in the text of the Torah.

The puns fly by quickly from the mouthy (i.e., “salty”) character who tells us what it was like to actually be Lot’s wife. The audience favorite was a line about parking in the “camel-lot,” and they were also assured that “what happens in Sodom, stays in Sodom!”

Following the show, Congregation Beth David in Saratoga, California hosted an online visit with Brook and the actors, in a dialogue known as a “talk back.” Participants learned that the actor who portrayed Lot’s wife, Doll Piccotto, is the daughter of an Episcopal priest. Another of the actors, Susan Overland, who is a minister but played a contemporary rabbi in the show, said she especially appreciated that “Lot in Life” tells a story of faith.

There are plenty of laughs in “Lot in Life,” but the story concludes on a note of wisdom. It asks us to consider whether we would want to let one episode in our lives define us. And it reminds us that salt is more than a condiment; it is a preservative, which in the story corresponds to memory.

As the month of Elul begins our annual period of reflection on the year that is ending and the one ahead, I highly recommend watching “Lot in Life.” I am not going to tell you what Lot’s wife’s name is, but you’ll find out and never look at the story quite the same way again.

The staged reading of “Lot in Life” is available on the YouTube channel of  Silicon Valley Shakespeare.