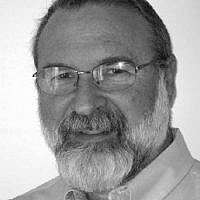 The Blogs
David Litke
Apply for a Blog
Advertisement
Please note that the posts on The Blogs are contributed by third parties. The opinions, facts and any media content in them are presented solely by the authors, and neither The Times of Israel nor its partners assume any responsibility for them. Please contact us in case of abuse. In case of abuse,
Report this post.

Some call playing the lottery a voluntary tax or a poor man’s tax. A less complimentary description is the stupid man’s tax. All kinds of people from all economic strata can be found to play (well, maybe not the wealthy – they know better); some weekly, with a fervent hope of winning a big payday, and some occasionally, just for fun or on a whim.

One of the ironies here is that he who spends most on lottery tickets can least afford it. This might be the relevance of the term “poor man’s tax” or “stupid tax” – take your pick. The player is desperate to improve his situation, so he places great faith in the big payoff. The problem is that he is not alone; millions of others in his position do the same, causing his odds of winning to become ever more infinitesimal. So he is betting his rare resources on a sure loser.

The more well-to-do player also hopes for a win, but does not look at the exercise as his ticket to economic prosperity, because he does not share the same hardship. If he wins, fine; if not, also fine. He is likely to play for fun and to play less often. For him it’s a voluntary tax that he may decide to pay today and not tomorrow.

Wishing for a big lottery killing is an emotional undertaking, like so much else of what we’ve learned about ourselves and money. Perhaps the most sensible way to look at this is numerically, with emotions removed from the equation, because, truth be told, 99.99999% of us (or more) are never going to win.

Here’s a better plan. Suppose you spend 120 nis each month on lottery tickets of various sorts. If you were to save that money in a closed fund at 3% per annum, you’d have a nest egg of 70,000 nis in 30 years, and it would have cost you only 43,000 nis. Not bad for a mere 120 nis per month. You’ll have far more to show for your effort and self-control than you will if you throw it away on the lottery for 30 years.

Here’s a short, but delightful, clip (in Hebrew) on the subject:


Subscribe here to receive my email tips and blogs.

About the Author
"Heaven never decreed that you must live forever in debt." David made Aliyah from the U.S. in 1983. He worked in education and hi-tech prior to establishing BONUS Family Budget Counseling. He counsels families and groups on proper money management and Israeli consumerism.
Comments