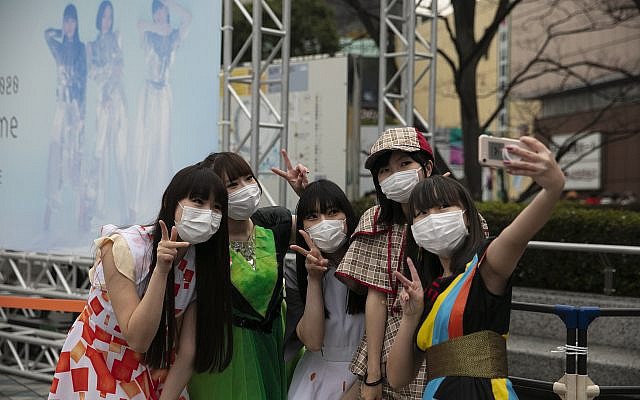 As I write this essay concern about COVID-19 continues to grow across Asia, severely affecting our congregations and communities.  This health crisis has led to the cancelation of synagogue services and programming not only in our Chinese kehilot, but also in Singapore and Tokyo. Here in Japan, we have canceled all synagogue events with only the exclusion of Shabbat services. As the Chair of UPJ’s Assembly of Rabbis and Cantors, I offer our full support to all the Asian Jewish communities, from every stream of Jewish life, with the hopefulness that their (our) members will remain free from disease.

Last week in parshat Mishpatim our Torah introduced a concept, which, then and now, is sadly foreign for many people, namely the obligation not to mistreat or curse a stranger. This obligation is directly tied to our own experience as a people.  We need to respect the stranger because we know what it is to be a mistreated stranger.  We were not only strangers but because we were strangers it allowed us to be easily enslaved in the land of Egypt.  Xenophobia is no doubt as ancient as human society (indeed it is also found among our primate cousins).  As soon as we formed families and communities, strangers were seen as dangerous, and tragically also as possible scapegoats fit to blame for the many ills both human and natural which beset society.

We, like other minorities, know well what it means to be the scapegoated minority.  In Medieval Europe, for example, Jews and Roma were blamed for the spread of the plague.  Difference made us easy to blame, and for our ancestors, the consequences were deadly from our neighbours as well as from the plague (tragically statistics show that Jews died in the same percentages as the rest of the population from the plague).  In more modern times we have seen the danger of blaming the stranger again and again.  Following the attacks on 9/11, by way of example, Muslims (and people who appeared to be Muslim, e.g. turban-wearing Sikhs) were vilified and attacked because of an irrational fear of the stranger.  When the world seems to spiral out of control it is normal to be fearful.  But fear must not turn to panic, and panic must not turn to bigotry and hate.

Today our world is inflicted with COVID-19, also known as the coronavirus.  This virus has become a major pandemic, which has infected thousands of people across Asia and worldwide and the number of deaths has continued to grow.  It is clear that this virus will continue to spread and pose a danger to people across the globe.   The danger of an unknown virus rightly leads to concern and fear.  Civic authorities have instituted restrictions on movement, and entry.  It has also led to the closing of schools (so far in Hong Kong and parts of China) and the curtailing of community activities not only in Asia but also in Europe.  It is essential that an affordable vaccine will quickly be developed and that governments across the globe work to ensure that this is a priority for their pharmaceutical researchers.  It is also essential that preventive measures address the wellbeing of the afflicted as well as those threatened by the spread of this virus.

Tragically, the outbreak has also been associated with the rise of anti-East-Asian prejudice around the world. For example, an East Asian man in London was recently violently assaulted. In a recent poll, 23% of Australians have said they are avoiding contact with people of “Chinese origin or appearance”. As one Chinese person noted in a recent edition of the New York Times, instead of offering comfort and concern people are reacting with fear and prejudice.

We refuse to tolerate any form of prejudice.  We reject reacting with fear and the search for scapegoats.  Indeed, as noted, we as a community are commanded to love the stranger because we know what it is like to be the [blamed] stranger.  We also recall that in our tradition all humanity is created b’tzelem Elohim – in the image of the Divine. We, therefore, call upon our friends and neighbors across the globe to likewise speak out and condemn any who would use the outbreak as an opportunity to express any form of prejudice. Indeed, this does not only include violent assaults and racial slurs, but the avoidance of contact with people simply based on their race.

We continue to express our sorrow for the tragedy that is inflicting people in China. We hope that this outbreak will end soon, and in the meantime, we hope that people around the world can do their best to help. At the same time, we recognize that our fear of the disease should not lead to a fear of others.

May the Holy One send healing to all those that are afflicted, and may this disease soon vanish from the earth.