The Blogs
Chaim Steinmetz
Apply for a Blog
Advertisement
Please note that the posts on The Blogs are contributed by third parties. The opinions, facts and any media content in them are presented solely by the authors, and neither The Times of Israel nor its partners assume any responsibility for them. Please contact us in case of abuse. In case of abuse,
Report this post.

When I was in my late teens, I would visit my grandfather, Yaakov Ben Zion Steinmetz, several times a week. Inevitably, before I would leave, he would launch into the same request. “Chaim”, he used to say, “will you learn Mishnayos in my memory when I’m gone?”. At first, it shocked me; I was completely unprepared to talk to my 80 year old grandfather about his death. But as he kept repeating the request time after time, the discussion felt almost farcical, and we both started to laugh. Each visit, I knew the weekly request was coming. Thankfully, my grandfather was able to make this request many times– he lived until age 99.

Today’s zaidehs can’t make the same assumptions about their grandchildren. My zaideh took it for granted that I would be a Mishna learning, committed Jew, and that I would remember his yartzeit. Above all, my grandfather could count on the fact that I would do what he asked because I would be loyal to him. But times have changed; loyalty counts for a lot less in the 21st century than it did in the 20th.

Loyalty is a fading virtue. It is disappearing because we live in an era of unbridled individualism, where communal involvement is a hobby, rather than an existential imperative. If you don’t need others, you don’t value commitments. And in a commercial society, every relationship is judged by the same standards as laundry detergent. George P. Fletcher points out that “In the marketplace, where all that is at stake is the performance of the product or the quality of the service, the best thing to do is leave—that is, to find the competitor who better supplies the needed good…..Today we think about relatives, employers, religious groups, and nations the way we think about companies that supply us with other products and services. If we don’t like what we are getting, we consider the competition.”.

On top of this, loyalty has gotten a bad name. People can be loyal to horrific causes; there were loyal Nazis, who even after the war refused to turn their back on the monstrous cause they had supported. Loyalty is the rationalization of scoundrels, too often an excuse for following orders that are morally repugnant. As a result of the morally bankrupt loyalties of Nazis and Mafioso, the perception has grown that loyalty is an ugly flaw.

The disappearance of loyalty is why my world is so different than my zaideh’s. The Jewish community can no longer expect the unconditional loyalty of future generations. “Zaideh asked me to” no longer works the same way in 2014.

A lack of loyalty has positive elements. The Jewish community has to learn how to be competitive in the realm of ideas, because we can no longer expect the next generation to do things just because “it’s a tradition”. Isaiah calls the thoughtless performance of Judaism “commandments men do as a routine”(29:13); this is far from the religious ideal. Intellectual challenges can reinvigorate our community.

But the loss of loyalty undermines relationships.  Once, loyalty led the Jews to say “naaseh v’nishmah”, that they will accept the Torah without fully understanding it. Yes, it was an irrational and impulsive commitment; but love is irrational and impulsive too. Loyalty touches the human heart in ways that no rational idea can. Loyalty and love are hopelessly intertwined; one is impossible without the other.

Once, Jews loved their identity because they were loyal, and they were loyal because they truly loved being Jews, part of a 3,800 year old love affair that started with Abraham and Sarah. My zaideh knew this. He knew that in Jewish history, Jews had every reason to leave and join the “competition”, but they remained loyal despite the pogroms, despite the Holocaust, despite Communism. They held tight to their Jewish identities, even when it was absurd.

In North America, it feels like loyalty to Judaism is a thing of the past. The 2013 Pew survey’s “Portrait of Jewish Americans” was a sobering catalogue of slow assimilation and loss of identity. But it doesn’t have to be that way.  This past month, we saw the bravery of 19 and 20 year olds in Israel, loyal to their country and the Jewish people. Around world, young Jews have stood at the forefront of Israel advocacy. Yes, there’s much to worry about; but I’ve seen that there are still plenty of young, idealistic and loyal Jews around today.

On visits to Israel in the past few weeks, I met young men and women who would make my zaideh proud. Dedicated volunteers. Courageous soldiers. Proud Israelis. Or my favorite, the teenager in Sderot, who right in middle of a war that was raining rockets down on her hometown, asked me why I wasn’t moving to Israel! These young people have a passionate love for the Jewish people, and loyalty my zaideh would be proud of.

I’m still learning Mishna in my zaideh’s memory. And after this summer, I’m a lot more positive about the Jewish future as well. So like my zaideh, I will ask my children and grandchildren to study Mishna in my memory; and I hope to keep asking them until I’m 99, just like my zaideh.

About the Author
Chaim Steinmetz is senior rabbi at Congregation Kehilath Jeshurun in New York City. Rabbi Steinmetz has been a congregational Rabbi for over 20 years, and has previously served pulpits in Montreal, Quebec and Mount Vernon, New York.
Comments 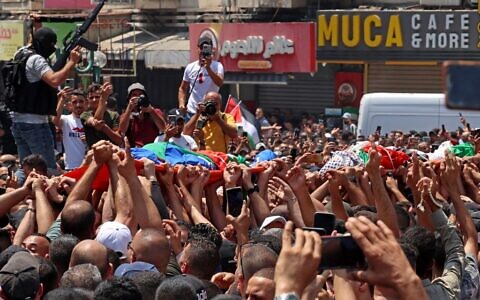