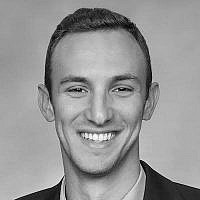 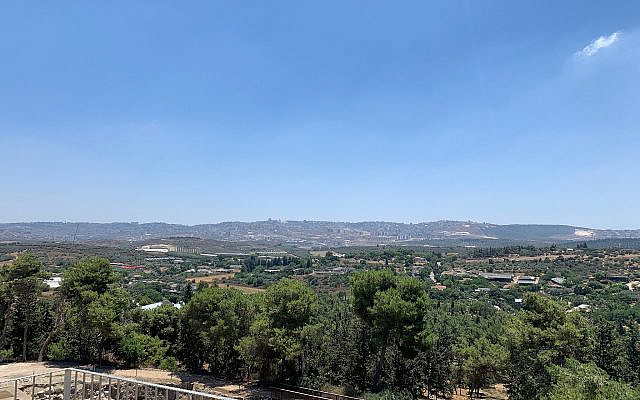 There’s nothing like opening day. Opening day of Israel Connect that is – a program designed to immerse Maccabi USA athletes and coaches with the Jewish culture of Israel and encourages young adults to lean into their Judaism.

After athletes spent the morning training for their respective sport in preparation for The Games next week, everyone boarded the buses and headed north to the city of Tzippori, an ancient city located in the Lower Galilee region.

“I believe there is no better way to feel the connection to Eretz Israel than to walk its length and breadth, cross its valleys, challenge its mountaintops, and hike its trails, even the most forsaken ones.”

When crusaders destroyed Jerusalem around the 11th century, many surviving Jews traveled north to Tzippori.

As Or, one of our tour guides explained, the stones and remains of the territory, including from the highest point of the city, tell us what it used to look like centuries ago.

Many of the Jews who used to live here lived in high ground for a variety of reasons, primarily so they could see enemies coming. Many non-Jews also resided in Tzippori and mostly lived on lower ground. We then went inside “one of the most impressive synagogues in Israel,” according to Or and sat in the congregation.

Maccabiah, as the city of Tzippori once was, is full of mixed people who come from all over with different backgrounds and different stories.

The Maccabiah began in 1932. Israel was not an official country at the time and could not send a delegation to the Olympics because it was a British-run territory. Thus, the “Jewish Olympics” were born and continue to run almost a century later. “Maccabiah is an innovation to be open to the world but still keep its own identity, similar to the city,” Or said.

We hopped back on the buses and took a short ride to the Tzippori stream, where we hiked along the water source that served 30,000 people a thousand years ago and runs for 32 kilometers — almost 20 miles.

The night ended with fine dining at Sahara restaurant where we were presented chicken, lamb and an assortment of spreads, which of course included hummus, before the delegation called it a night.

Crossed its valleys and hiked its trails, we certainly did, with about four-to-five hours in a bus from the time we left our kibbutz at 10:30am to the time we returned at 9pm. Day one exploring the land through Israel Connect down with five to go.