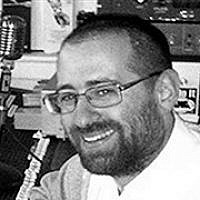 I was in New York at the headquarters of a famous Jewish outreach organization. I was standing in the lobby. A man walked in. He was an orthodox Jew. He looked confused—New York is a confusing place—and he asked me where he was. I told him the name of the organization. He recognized the name, I saw it in his eyes. He said, “Do you do kiruv [Jewish outreach] here? Do you make ba’alei teshuva [Jews who choose orthodoxy as adults] here?”

I grabbed his collar. I walked him to the door and threw him out. I kicked him as he stumbled out the door. I yelled at him, too. Doofus.

Nobody makes ba’alei teshuva. No one. You don’t make a person religious. It doesn’t happen. Ever. Impossible.

Judaism isn’t a cult. No one drinks Kool-Aid, stays up all night, eats lots of carbs, exercises at three AM, and—presto-chango—becomes religious. It doesn’t work that way. Real life doesn’t work that way. People don’t just become religious. And even if they do, it doesn’t last. It can’t. Not once you confront reality: get married, move into a religious community, send your kids to Jewish day schools, and deal with the problems and inadequacies of the Jewish world.

Your flakey commitment to feel-good fluff won’t get you through that.

It won’t even get you through the basics of Jewish living. Adopting a Jewish lifestyle is difficult from the outset. It requires mastering analytical skills and language. It requires learning myriad new ideas; like the rules for prayer, Shabbos, holidays, dietary laws, and a million other things. You have to wrestle with issues—and different issues bother different people—be they the authorship of the Torah, the age of the universe, women’s issues, the role of religion in contemporary society, or whatever. Those things aren’t easy to understand or accept. And those things weed out the flakes; the people looking for easy, feel-good spirituality. Judaism isn’t about that. It is anti-fluff. It is tough love.

And that is why it is important to understand what kiruv [Jewish outreach] isn’t.

Kiruv isn’t what many religious Jews—like that guy in New York—think it is. Secular Jews aren’t brainless and empty (nebach). You don’t force-feed them bubby’s greasy chulent, a bottle of schnapps, hasidic stories, and one-of-those-proofs-of-God-seminars and—like magic—they’re frum.

Kiruv isn’t what many other Jews think it is either. Kiruv rabbis don’t work for manipulative cult-like organizations—organizations that are rolling in money—that prey on lost, innocent, emotionally unstable Jews and brainwash them.

Kiruv—real kiruv, kiruv done right—is education. The kiruv rabbi is an educator. He is supposed to be. He is supposed to give people tools: information that will help them think about the relevance Judaism has—or should have—in their lives. His job is to teach, educate, break misconceptions, answer questions, challenge, confront, inspire. He brings that to the table. His job is to get the ball rolling.

But the kiruv rabbi can’t think for his students. He can’t make their decisions for them.  They have to do that. They have to decide for themselves. Growth, spirituality, observance, how much, how little; that’s up to them. And whether it sticks or not is up to them, too. How sticky it is depends on how real they are.

Only one person can make you religious: you. No one else can do it for you.

Judaism isn’t a magic pill. Kiruv rabbis and organizations play an important role. They provide wisdom and guidance and do their best to paint an honest picture of Judaism and Jewish life. That is what they are supposed to do. Many do. Some don’t. The organizations that do their jobs well guide their students; they put them in a position to contemplate the value and relevance of being Jewish. And that choice—ultimately—is up to the student. It has to be.

But those are the exceptions. Most Jewish outreach isn’t like that. Most kiruv rabbis are honest and sincere people. They try their best. They care about Jewish continuity. They believe that a Jew—when shown the beauty and wisdom of authentic Judaism—will opt in. Some people do. Many others don’t. But that’s up to them.

Even God doesn’t do that. Not anymore. The last people God made were Adam and Eve.