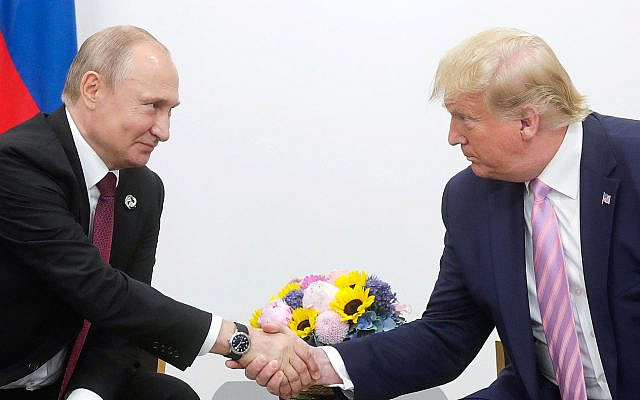 U.S. President Donald Trump has been compared to German dictator Adolf Hitler, but claiming that these two men are equivalent is not valid. Not only has Trump not perpetrated a Holocaust, but there is no credible sign that he would do so if he could. There are however many indications that Trump behaves like a fascist.

Trump consistently and frequently attacks the foundations of American democracy, including the media, the justice system, elected officials, and the electoral system. Trump frequently lies, and he frequently portrays his political opponents, even within his own party, as enemies of the state. In his latest attack on democracy, he feverishly and desperately tried to overturn a democratic and fair election that he lost by 74 electoral college votes and over 7 million votes.

American Jews should be proud of the fact that four out of every five of them supported Joe Biden over Trump. This is hugely significant. If all American religious and ethnic groups opposed Trump as strongly as this, not only would he have never become president, but he would never have even become the Republican nominee. There is even a suggestion that the Jewish vote clinched Biden’s victory.

But it is disturbing that Trump is highly popular among Israeli Jews and among right-wing American Jews. It is understandable that Jewish Israelis and even Jewish Americans would support some of Trump’s policies in the Middle East, but what is disturbing is the fawning praise of Trump himself, some describing him as a “dream come true”. Some Israelis even denigrated their own country in order to praise Trump when they displayed “Trump, Make Israel Great” signs all over Jerusalem. I could not believe my own eyes in May 2018 when I visited Israel. It is sad that those Israelis do not know that Israel is already great, and that its greatness has nothing to do with Trump. 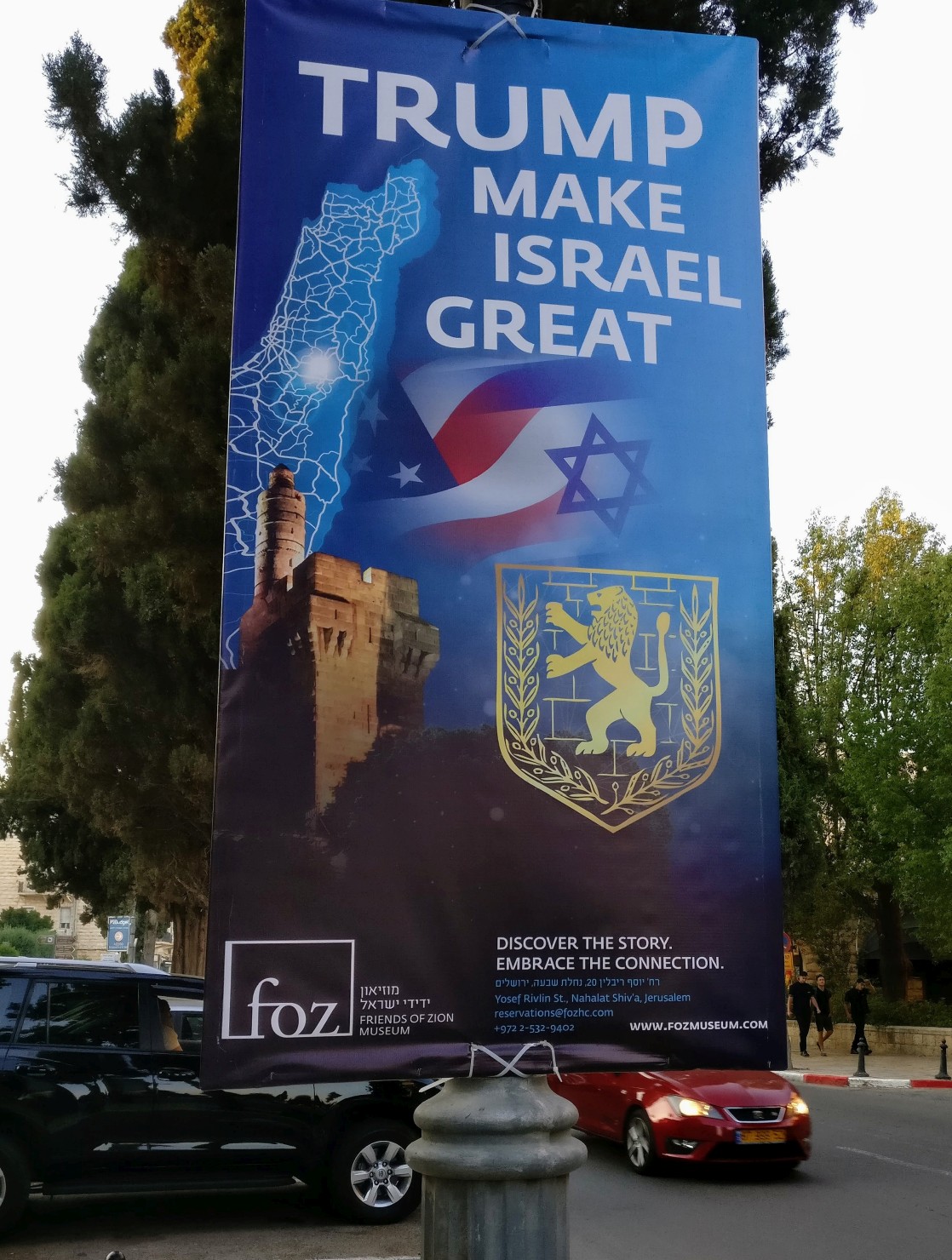 Israeli Jews and right-wing American Jews were of course not alone in supporting Trump. Trump is very adept at exploiting controversial issues by taking simplistic stands that appeal to those who are frustrated by the slow progress made by more responsible politicians.

Conservative Christians supported Trump while knowing all his un-Christian moral flaws, apparently because they believe that he can advance their fights against abortion, LGBT rights, and other “sins”, even though Trump has achieved practically no breakthrough on these fronts.

I admit that I praised Trump myself for a while after he moved the American embassy to Jerusalem and after he appeared to break away from the wishy-washy language too often used by previous presidents.

Many groups have fallen for Trump’s wedge politics, and even though Trump has delivered next to nothing on those issues, many continue to support him. The pro-Israel camp is only one of those groups, and not the worst by any stretch, especially that when it comes to the Middle East, Trump has ushered in real progress in the form of the Abraham Accords even though he deserves far less credit than he claims since Israel has been doing the groundwork for these accords for many years.

But in the end, supporting Trump means supporting someone who has shamelessly and relentlessly tried to destroy American democracy for his own personal benefit. The shame of having supported such a corrupt politician cannot be washed away simply by pointing to some of his policies. Anyone who supported Trump, even if only for a short time like I did, has a lot of self-reflecting to do. Those who still today support him, despite his brazen attempt to steal an election, have lost all sense either of reality or of moral values. Those people may be beyond redemption.

After the electoral college voted and confirmed his win, President-Elect Joe Biden made a speech in which he said, “The flame of democracy was lit in this nation a long time ago. And we now know that nothing, not even a pandemic or an abuse of power, can extinguish that flame. […] In this battle for the soul of America, democracy prevailed.” Unfortunately, America and the world will still have to live with – and recover from – the fact that when they had a choice, over 74 million Americans and many non-Americans supported a fascist over a democrat. Despite Biden’s best intentions, unless these people understand what they have done, there will be more trouble ahead.