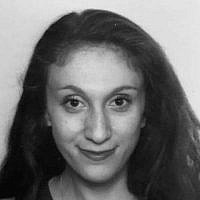 Rachel Saperstein’s voice, still laced with a New York accent, shook as she recounted her story. Although her voice was filled with pain, the fiery grandmother clearly conveyed her passion and love for Israel and the Jewish people. She was now living in a run-down building in Nitzan, a town in Southern Israel, with her husband Moshe, who had lost an arm during the Yom Kippur War. Nitzan was not meant to be a permanent home for the couple; the Tenufa Authority, responsible for the re-settlement of the Gush Katif refugees, had left Rachel and Moshe hanging on the promises of ‘next week’, ‘next month’, ‘next year’; but after ten long, emotionally taxing years, nothing had changed.

In one of Israel’s endless efforts to reach peace with the Palestinian-Arabs, Southern Gaza’s Gush Katif, a bloc made up of 21 Israeli communities, was evacuated in August of 2005. The residents of Gush Katif were directed to leave their homes, and those who did not comply were forcefully uprooted by the Israel Defense Forces. Many of the residents of Gush Katif had lived there for their whole lives. This tragedy is double-edged: according to statistics from the last couple of years, since Israel’s withdrawal from Gaza, approximately 50% of those evacuated from the Gush Katif area are still without permanent housing, and live in what are, for all intents and purposes, refugee camps. In addition, after Israel pulled out of Gaza in 2005, the terrorist entity Hamas soon gained power over the Gaza Strip. Rockets have been incessantly fired at Israel from Gaza ever since.

Rachel had not lived an easy life in the Gaza Strip. As a Jew in a vehemently anti-Jewish part of the world, many of Rachel’s neighbors were hostile towards the Jewish population, and her husband had been seriously wounded during a terror attack in 2002. However, Rachel and Moshe, ardent believers in the self-determination of the Jewish people, had refused to leave their home in the beautiful Gush out of principle. They knew that they had a right to be where they were. The devastation that came with being removed from Gaza was not primarily about the loss of their home, but the lapse in strength that former Prime Minister Ariel Sharon had shown by succumbing to the demands of the misguided Western powers to leave Gaza “Judenrein”, free of Jews. Rachel had felt like she was standing for the right of the Jewish people to hold their own, regardless of the crushing tension surrounding them, and the State that she was advocating for had withdrawn this opportunity in a desperate shot at peace. 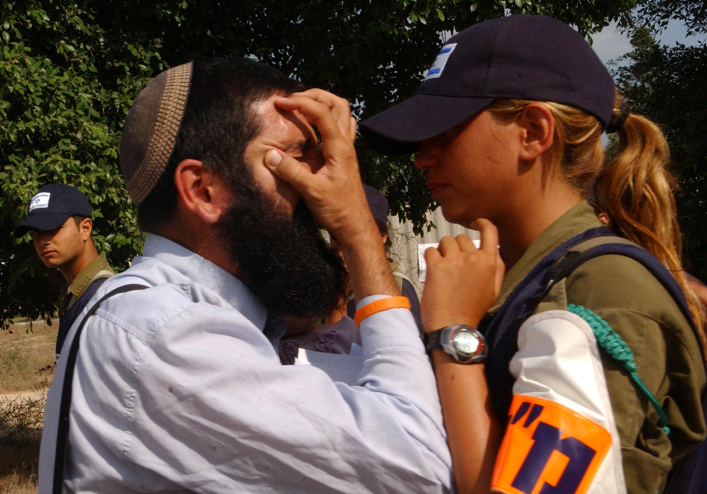 A Gush Katif resident argues with a soldier while being evacuated from his home on August 17, 2005. (photo credit: Yossi Zamir/ Flash90)

The sorrow in Rachel’s voice was tinged with resentment and anger. If Israel had not disengaged from Gaza, she declared, Southern Israelis, residents of Sderot in particular, would not be facing constant rocket bombardment from Hamas and from other terrorist entities in the Gaza Strip. Hamas, which calls for the obliteration of the State of Israel and  the extermination of the Jews in its founding charter, is responsible for much of the libelous anti-Semitic rhetoric making its way to far corners of the world. If Israel had remained in Gaza, this indoctrination would not have had the opportunity to become so widespread. This logic could also be applied to Hamas’s war on Israel last summer; the devastating war, which resulted in Operation Protective Edge, would not have occurred if Israel was still present in Gaza.

Those who oppose Israel want to make her feel weak. They want to strip her rights as a country. If former Prime Minister Sharon had not caved to international pressure by making the decision to withdraw from Gaza, Israel would have one fewer enemy at her borders. Any unilateral concessions by the State of Israel in her eternal hope for peace to the entities that do not even recognize her right to exist is suicidal. The tragedy of Gush Katif, and Rachel Saperstein’s story which resulted from it, should teach us that only a strong and self-assertive Israel can survive in a sea of hate.

About the Author
Lilia Gaufberg is an artist and a Digital Research Analyst at StandWithUs Israel. She grew up in Boston, MA, and made Aliyah in 2018. She served in the Israel Defense Forces' COGAT unit as a lone soldier. She currently resides in Jaffa.
Related Topics
Related Posts
Comments