The summer is a good time to take a break and enjoy the outdoors. 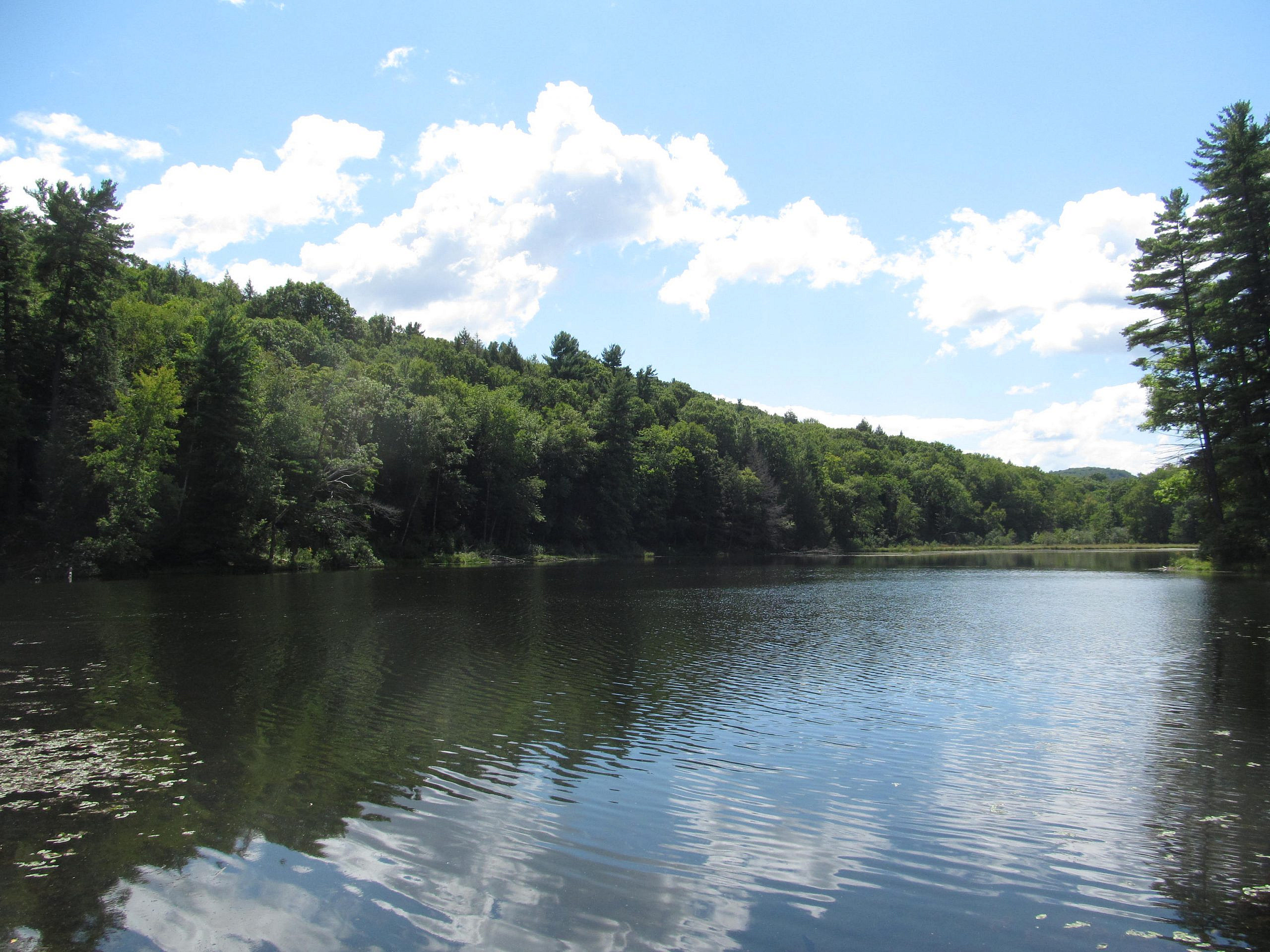 My wife Sharon and I stole away for a night to Woodstock, Vermont.

(Well, it was supposed to be two nights, but we had to make a detour to drop our son off at Camp Ramah after a required Covid homestay where we locked him in the basement 🙂 Covid – the gift that keeps giving!

After watching with fascination as the glassmakers formed exquisite pieces at Simon Pearce, we took a hike on the Faulkner Trail on Mount Tom.  It was a switchback that took us up 1350 feet. When we emerged from the trees, a majestic view of the surrounding mountains and valleys suddenly appeared.

There is something so grand and beautiful about a mountain. Standing on the top is truly magnificent – a feeling of power, perspective, and wonder fills us.

Looking at them from afar, they are magnificent. I remember the first time I landed in Denver and looked out of the windows of the airport; the Rockies appeared so large that I could not believe they were real. They were so tall and unbelievable that my mind tried to convince me that they were fake, like a painted background to a movie set. 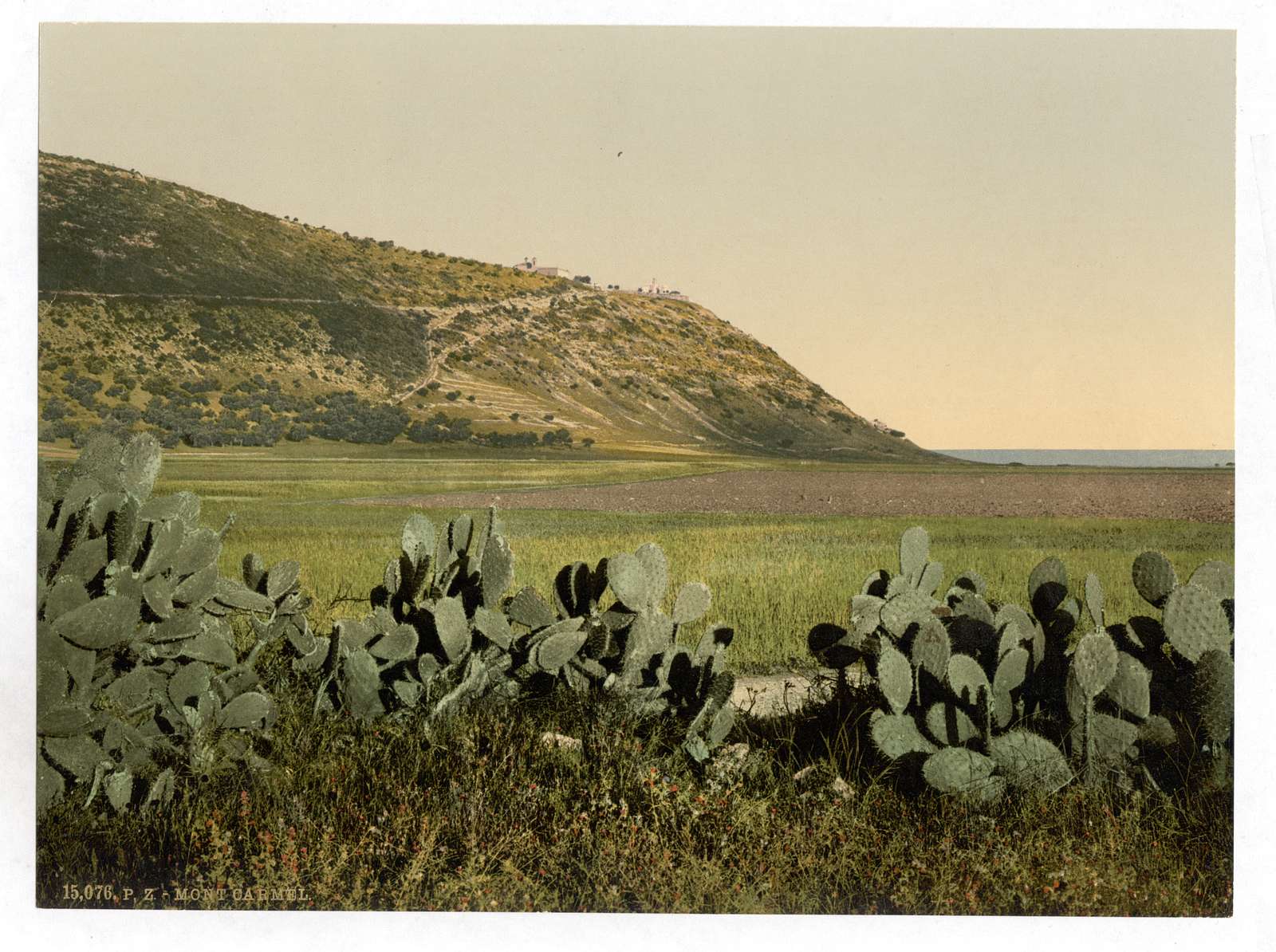 Mountains play a major role in the Jewish tradition. God commands Abraham to bring his son Isaac to the top of Mount Moriah. Moses stands atop Mount Sinai to receive God’s revelation and the Two Tablets. The prophet Elijah battles the prophets of the pagan god Ba’al atop Mount Carmel in Northern Israel.

And there is the intensely emotional narrative when Moses dies atop Mount Nebo in modern-day Jordan, forbidden entry to the Promised Land. He can only see the expanse of the Land before dying.

Parashat Re’eh opens with a straightforward teaching: God places blessings and curses before us. Our choices make a difference; they can lead to a life of goodness — or not.

Before his death, Moses teaches the Israelites that their fidelity to tradition is vital. While they had accepted the Torah at Mount Sinai, it’s now almost 40 years later, and they need to remember that they – the next generation – are still bound by it.

Over the years, I have read these verses without fully paying attention to them – but this year, I found myself filling in at the last minute for a Torah reader who had Covid last Shabbat afternoon.

As anyone who has read Torah knows, you have to practice reading or chanting the text over and over again since there are no vowels or trope/musical notations in the ancient scroll. Those have to be memorized. 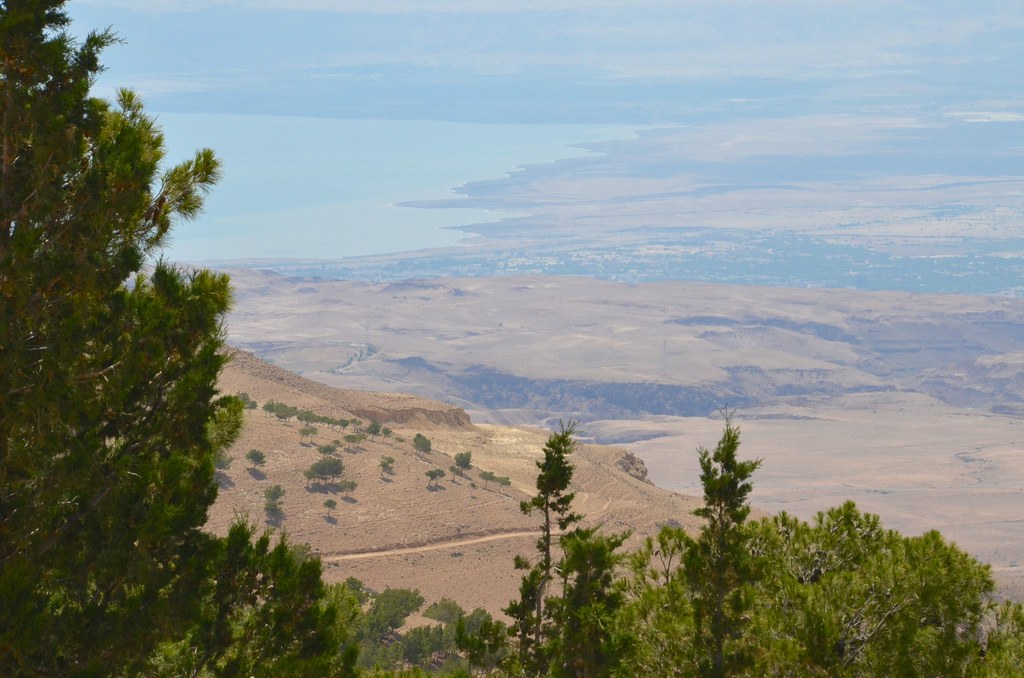 And suddenly, like a mountain that was always there, but you suddenly see through the trees, I saw something I had missed.

These blessings and curses are offered on mountains: blessings on Mount Gerizim and the curses were recited on Mount Ebal.

Somehow, I had forgotten these mountains and how they would be used.

Later in the book of Deuteronomy, there is a fuller explication of this scene. The Israelites are instructed to perform an elaborate ritual upon crossing the Jordan River (from modern-day Jordan into Israel). They were to walk west along the road called Mevo Hashemesh – which literally means the Sunset Road or, as Professor Jeff Tigay calls it: Sunset Boulevard!

They walked west until they got to the city of Shekhem (just east of the modern city of Nablus on the West Bank).

Then, the people were to stop between these two steep mountains that face each other. Each one is about 3000 feet high, and at their closest, they are about 1/3 of a mile apart.

Someone stood atop Gerizim on the north side, proclaiming the blessings for fulfilling the covenant, and someone else stood atop Mount Ebal to the south, reciting the curses, the punishments, or as we call them today, the consequences of breaking the covenant, this agreement between God and the Israelites.

Why was this place chosen for this ritual?

For this, some geography of the land is helpful. The people are crossing the Jordan about halfway between the Kinneret, the Sea of Galilee, and the Dead Sea. They are headed for Shechem, an ancient city centrally located in the country. This is the first place in Canaan, in Israel, where Abraham builds an altar to God. Abraham’s grandson, Jacob, buys his first plot of land there. And Jacob’s son, Joseph’s bones are buried there.

There are also natural amphitheaters where the people could have sat and listened to the covenant, the words echoing between the mountains.

Well, this ceremony harkens back to Mount Sinai, constituting a second Sinai that is not in the wilderness but in the Promised Land that is their homeland.

So, finally, what is this ceremony about?

It was a second marriage.

The first one was at Sinai at a mountain. The huppah, the wedding canopy, was the mountain. The Two Tablets are like the two witnesses a wedding requires. And the ketubah or contract was the Torah – its laws, the obligations for both parties.

Here, the marriage covenant is carved upon steles – stones on which the core of the Covenant, the laws are written upon. And here the witnesses are the mountains themselves – two of them as the tradition requires.

And there is walking. Just as the partners in a Jewish wedding walk around each other, both ceremonies have movement. This ancient walking involved passing between something, which signifies that both parties acquiesce to the terms of the agreement.

Now, they are walking into the land – their new home. While Moses was the intermediary between God and Israel, now, they are charged to be more directly responsible for facilitating this relationship. But in both cases, the people are at the bottom of this natural wonder, feeling a sense of awe in nature, becoming aware of God’s presence.

So, how does this text guide us today?

We, too, must renew our commitments.

Our vows need to be reaffirmed, restated, made explicit, and celebrated again and again. We did that this morning with the prayers for our community, country, Israel, and peace – explicitly stating our central values.

This is also a reminder that it takes work and dedication to remain committed to our agreements: a marriage, a family, a friendship, a community, a set of laws, a democracy, or the planet.

All of those relationships are built on explicit or implicit contracts. But we need to remind ourselves that we are bound to them. Reciting the Pledge of Allegiance or singing the National Anthem can remind us of our duty to this country and its fragile democracy. Reciting the Prayer for Israel reminds us that the only democracy in the Middle East needs our support.

The same holds true for our closest relationships – celebrating an anniversary can be a time to recommit to each other, and some couples reaffirm their vows.

For us at Temple Emunah, we need to recommit to our community – regularly coming, participating, and taking on leadership roles. In Judaism, this reaffirmation was celebrated on Shavuot when we recall and reenact the covenant at Sinai. These days, the High Holy Days are the time when most people come to synagogue, standing up for their faith, values, and priorities.

During these more-post-Covid days, and as we head towards the start of a new year, let us remind ourselves of our obligations to God, the tradition, and one another. While we might not have two mountains to witness this, luckily, Temple Emunah is situated on a nice hill, and that will do just fine.

About the Author
For the past seventeen years, David Lerner has served as the spiritual leader of Temple Emunah in historic Lexington, MA, where he is now the senior rabbi. He has served as the president of the Massachusetts Board of Rabbis and the Lexington Interfaith Clergy Association. He is one of the founders of Community Hevra Kadisha of Greater Boston, ClergyAgainstBullets.org and Emunat HaLev: The Meditation and Mindfulness Institute of Temple Emunah. A graduate of Columbia College and ordained by the Jewish Theological Seminary where he was a Wexner Graduate Fellow, Rabbi Lerner brings to his community a unique blend of warmth, outreach, energetic teaching, intellectual rigor and caring for all ages.