A new television show has landed in Israel, copied from an American and Danish version.  It’s called “Married at First Glance.” In the original versions, single adults turn their lives over to a team of sociologists, therapists, psychiatrists, and clergymen who match them up. They never meet. Their first “date” is at the marriage altar.  After eight week, they have the option of getting a divorce. Few of the marriages last.

In Israel, the weddings are not halachic — according to Jewish law — lest the couple and producers have to run the obstacle course of securing a get, a Jewish divorce document.

“Married at First Sight,” is a classic “reality show,” but really, how much different is it than an arranged “shidach,” an arranged marriage customary in some ultra-Orthodox communities?

The international threat of the Corona virus is a reminder of a marriage custom among Jews over a hundred years ago. When a marauding army or dangerous plague approached the community, the Jews sought God’s salvation. Fasting and prayers, such as those ordered by Queen Esther in the face of Haman’s threat, were traditional practices. But some Jews took on another custom which involved beseeching dead sages or the departed parents of orphans to intervene with the Lord.

To this end, communities would conduct weddings of two orphans at the grave sites. The Jews pledged to support the orphans, and in return, they hoped the souls of the deceased would reward their efforts and intercede to block the evil decree.

I learned about this custom when I discovered several pictures taken on the Mount of Olives almost 120 years ago which I found in several different files in the Library of Congress. Putting them together, I saw there was a religious gathering of some sort, but it couldn’t have been a funeral. It is an age-old Jerusalem custom that women don’t attend funerals, and after enlarging the pictures, I found many women. 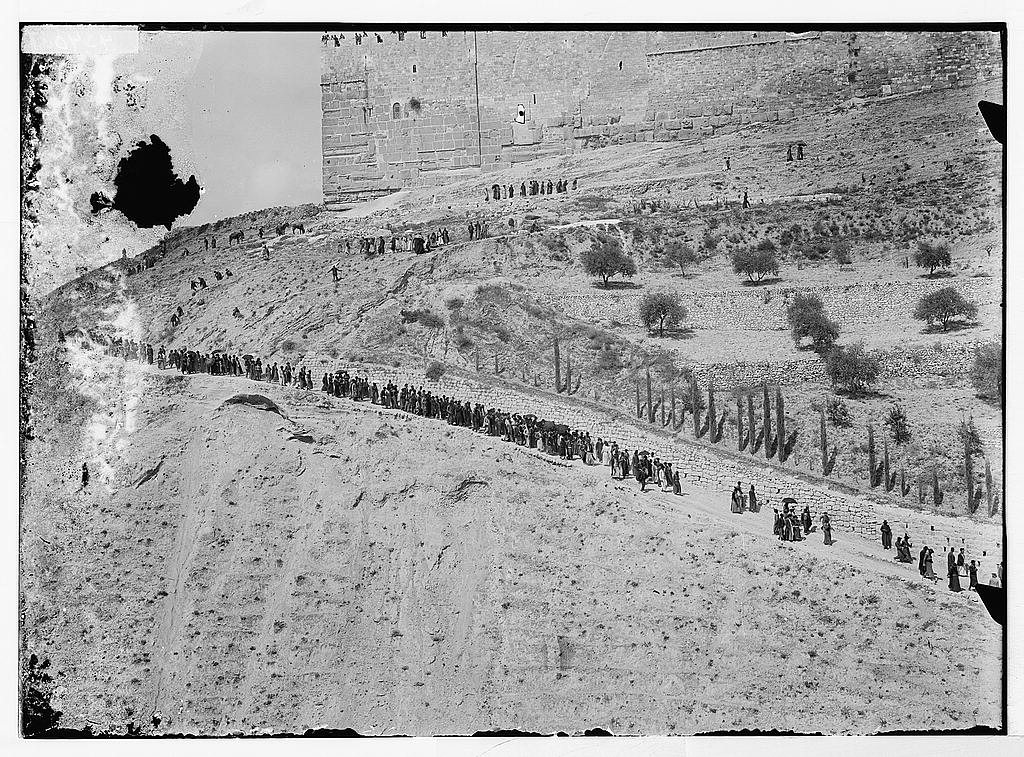 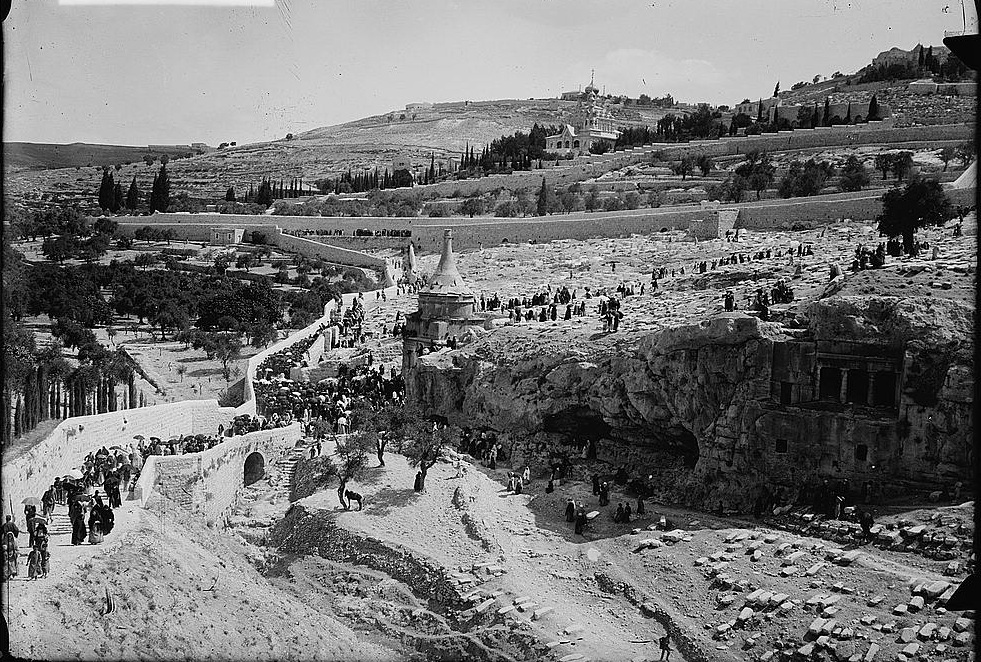 After enlargement, it was apparent that many women were present: 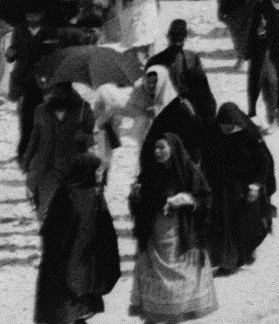 The photos were taken around 1905, and a cholera plague was threatening the city. Could this be a “black wedding” taking place in a desperate attempt to stop the plague? Were they marrying two orphans near a great rabbi’s grave? I enlarged different sections of the photo, and look what I discovered. 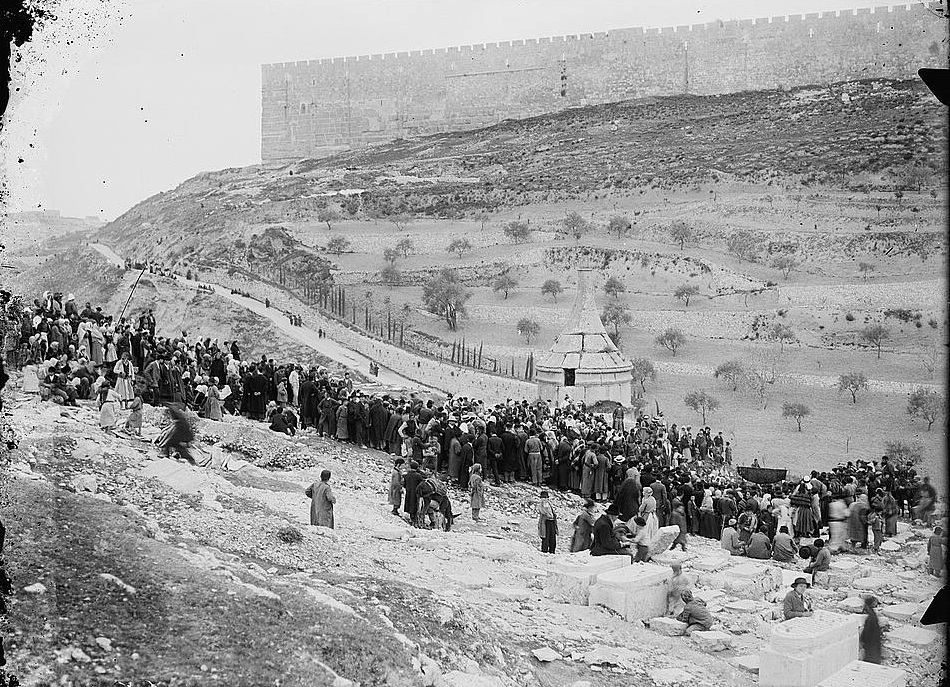 The black chuppa — the wedding canopy! 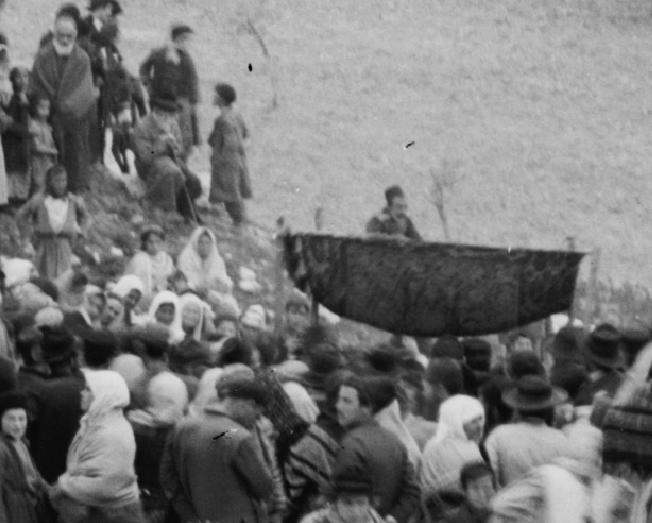 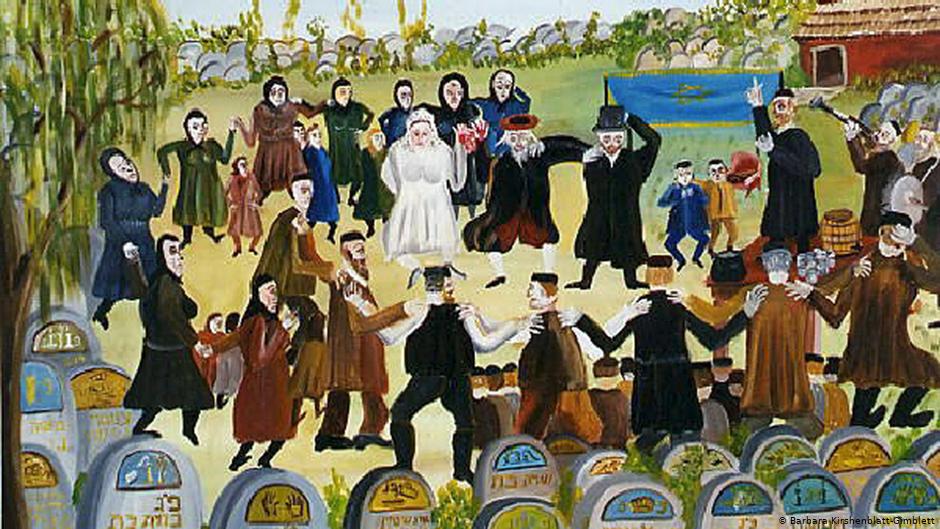 A black wedding in the cemetery in Poland. By Mayer Kirshenblatt, circa 1892. Collection of Barbara Kishenblatt-Gimblett.

Did the Black Weddings make a difference? According to one report of the Mt. of Olives wedding, the young groom committed suicide the next week.