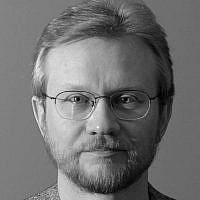 The Blogs
Michael Vanyukov
Apply for a Blog
Advertisement
Please note that the posts on The Blogs are contributed by third parties. The opinions, facts and any media content in them are presented solely by the authors, and neither The Times of Israel nor its partners assume any responsibility for them. Please contact us in case of abuse. In case of abuse,
Report this post. 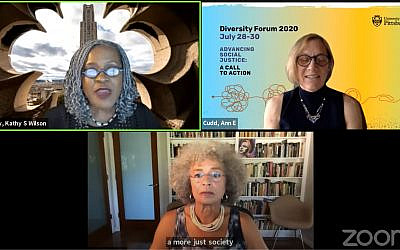 “A more just society” from a communist

Like most if not all US universities these days, the University of Pittsburgh, aka Pitt, “committed to becoming an anti-racist institution,” continues on its race war path, the current shapeshift of Marxian class war. To be sure, wars call for warriors. “Cadres decide everything,” as Comrade Stalin said. Accordingly, just for the University-wide office, Pitt has hired a team of experts in “Diversity, Equity, and Inclusion.” This triune word string is relatively new but already as fixed as “a cash cow,” and the department operating under it apparently has had no difficulties with filling the vacancies. Currently, according to its website, this team of political commissars counts a lucky 21, from Vice Chancellor to Administrative Assistant. The commissars, in full compliance with the Peter Principle, are tirelessly producing “initiatives,” including “Cluster Hire and Retention Initiative.” “Cluster” here, as everybody knows, is an obfuscating pompous stand-in for “group”—a racial or another select identity group, to be precise.

Empty as they are without an object (diversity of what?) but ominous as are all political slogans, “Diversity, Equity, and Inclusion” portend a lot. Buzzwords spawned by socialist totalitarian minds in an appropriately Orwellian fashion, they mean things that are different from, if not opposite to, what they should denote. Namely, “Diversity” means an overt or implicit quota system for “underrepresented groups” rather than the fruitful diversity of ideas that an academic institution is supposed to nurture. Beware, anybody who disagrees with the racialist “Diversity” based on insultingly lowering standards for the members of those groups, whether those members want to be listed as such or not. One’s career can suffer significantly.

Naturally, preferences for some groups means discrimination against others. This can take two forms: negative selection and positive selection. The extreme form of negative selection was practiced in Germany, where the Jews were expelled from all schools when Nazis came to power. For a milder form of negative selection, the Soviet Union, like Ivy League schools in this country until the 1960s, set low limits for admission of Jews in certain higher learning institutions—to prevent that ethnic minority from being “overrepresented” there, raising test requirements relative to the non-Jewish candidates. Also, in line with continuous “class war,” students positively selected from “working class” augmented by membership in the Party were admitted with lower grades than the majority—a Soviet form of “affirmative action.”

In today’s USA, where, on average, Asians and Jews overperform academically other groups, they are discriminated against by the positive selection default of racial quotas, even more than the “white” majority, the more the greater the group gap in admission standards. The newly capitalized “Diversity,” dropping quality for the sake of increasing the quantity of melanin in the student and faculty population, is the opposite to selection based on merits. Will the fruits of “Diversity” hiring and education benefit anybody who will enjoy them? Once enforced, they will inevitably stain everybody from those groups—even if an individual truly excelled—with the pigment of substandard.

Equating the unequal is what “Equity” means, the opposite to its dictionary meaning that is “freedom from bias or favoritism.” It has become a capitalized Orwellian misnomer, inverted to replace equality of treatment of all groups with preference to those “underrepresented” ones, as if judging an individual by the racial group assignment, favored/disfavored, for the sake of “anti-racism,” is not racism. As if enriching the roster of cardiology students with less successful ones will be to anybody’s heart’s content—except for the “Diversity, Equity, and Inclusion” commissars’, until they themselves become victims of the “Diversity-Equity” physicians.

That would be true “Inclusion,” concluding education that is offered now by the university I have been part of for over 30 years, in the city that a professor of this university has recently declared “America’s apartheid city.” Yes, the discoverer of Pittsburgh’s apartheid, a Pitt Law Associate Professor, is aware that it is “a jarring comparison at first blush.” Not that it becomes any less so at any blush to anybody sane who knows what the actual apartheid was, forcibly separating Africans and herrenvolk Afrikaners in every life aspect. Nowadays, the results of searching the web for “apartheid” will include a slanderous misnomer, accusing of apartheid Israel and Pittsburgh. Obviously, that “Inclusion” removes any true meaning from apartheid.

The misnomers serve their purpose. An indoctrination tool, they are to create a new mentality, just as Soviet education was to create a “New Soviet Man.” As the Soviet university student was to memorize the fake “History” of the Communist Party of the Soviet Union based on Stalin’s Brief Course, the new curricula contain mandatory time-wasting courses on “anti-racism,” a Newspeak misnomer for Marxian racist war-mongering. So far, it has been working. I am not aware of any objections to these courses from students, who could use that time for actual learning.

Neither did I have student support when I objected to the well-attended online Pitt-wide talk by Angela Davis, an old Communist antisemitic terrorist supporter, invited and introduced by the “tremendous[ly] honor[ed]” university leadership as “world-renowned social justice educator and activist.” With her understanding of social justice, she was admired as well by Brezhnev and communists around the world—but refused the request to help dissidents imprisoned in the gulag. Solzhenitsyn, in his prescient Warning to the West, said about her cruelty: “That is the face of Communism. That is the heart of Communism for you.” Communism, to remind the forgetful, is the ideology that is guilty of 100 million deaths.

That was, apparently, the “more just society” that is nowadays sought by the American educators. Needless to say, my emails to the university’s leadership, from the Chancellor down, asking to disinvite Davis, were graced with no reply. My small consolation is that all the accolades to her have not helped Pitt raise its disgraceful “Diversity” rank of 304 nationally (yes, there is such a thing, where races, ethnicities, and sexes are counted and weighed, proudly topped by Yale). Perhaps it is time to start expelling students of wrong races/ethnicities—there are historical precedents for those negative selection measures.

Just as did the Soviet propaganda, this nightmare will eventually end, I hope. Unfortunately, it took 70 years in the former case—and it does not look like Russia is out of the woods at all. It is a sad thought, but the rotten fruits of today’s American ideological education may take as long to play out and arrive to where their place should be. History’s garbage pile.