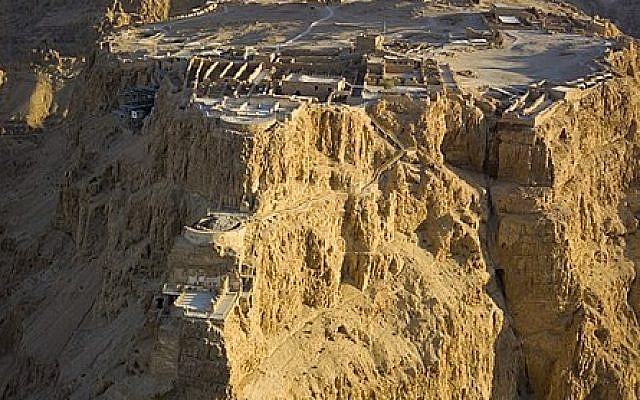 There wouldn’t be rejoicing everywhere across the world should the remains of the defenders of Masada someday be found. To the contrary, it’s almost a certainty that in some quarters the discovery would produce strident denials, suspicions, pushback—and surely frowns.

It is puzzling that no mass graves have been uncovered at the base of the towering fortress in the Judean Desert. The unknown final resting place of the skeletons of the thousand Jewish sicarii and their slain families is a question that has appropriately been raised by historians and scientists, for the last half-century at least.

The hue and cry, however, wouldn’t be raised by forensic scientists, carbon daters, classical scholars or Roman army buffs. It would come instead from the same activist school of revisionism that declares Moses an imaginary person, Thomas Jefferson a racist monster, and Christopher Columbus a genocidal murderer. It’s politics now that overtly tells science and history when to speak, and then only to repeat a far-fringe groupthink that has lurched to where common sense ends and insanity begins.

Mathematicians, for example, are being rudely informed that math is “racist.” Geneticists and biologists are warned that there’s really no such thing as male and female, notwithstanding anything insignificant XX and XY chromosomes have to do with life on Earth.

For psychologists, criminologists and jurists a novel era has dawned as well, with the most vile crimes under their purview considered now mere aberrations, with even pedophilia rebranded as more a mental condition rather than a felony. “Minor-attracted persons” are the new forward-thinking version of what used to be considered child molesters—they’ve even got their own acronym: MAPs.

So there’s nothing of the decent, patriotic, hard-working, honest, God-fearing, scholastic, sexually reserved, family-oriented tenets of Judaism that isn’t anathema to the extremist visionaries desperate to remake the culture and traditions of the West. They’re buoyed by the enigma of the missing bones since it gives them the opportunity to solve it with the greatest of ease: there was no courageous final ending at Masada. Eleazar Ben-Yair and his rebel Jewish zealots just surrendered, slinking away in Roman chains with their families in tow as well.

That’s the version preferred by those who consider the West Wall Palestinian instead of Israeli, and certainly not the account of Josephus, one of the ancient world’s preeminent historians. Josephus is doubly despised in any event, since in addition to his telling of the indomitable mass suicide as the final act in 73 AD ending the Jewish rebellion, he’s also one of four classical historians who mention a certain crucified enemy of Rome, one Jesus Christ, who along with Moses is also consigned to the realm of imaginary personages.

No one knows what the Romans did with the bodies of the sicarii and their families atop Masada; this is indeed an abiding mystery. One thing is certain, however, and that is it won’t be solved by people who admit quite openly that they’re unable give an answer to the simple query as to what a woman is.

About the Author
David Nabhan is a science and science fiction writer. He is the author of "Earthquake Prediction: Dawn of the New Seismology" (2017) and three other books on seismic forecasting.
Related Topics
Related Posts