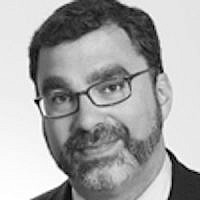 The Blogs
Mark Hetfield
Apply for a Blog
Advertisement
Please note that the posts on The Blogs are contributed by third parties. The opinions, facts and any media content in them are presented solely by the authors, and neither The Times of Israel nor its partners assume any responsibility for them. Please contact us in case of abuse. In case of abuse,
Report this post.

It has been a very bad year for the Yazidi, an ancient ethnic and religious group of over 500,000 people. And it has been a shameful year for the international community which has done little to assist them, more or less going about business as usual.

For unknown centuries, the Yazidi have lived in Northern Iraq. The biggest communities were in Shekhan, which is northeast of Mosul, and Sinjar, which lies near the border with Syria.

One year ago this week, the self-proclaimed Islamic State in the Levant—otherwise known as ISIS—perpetrated a genocide against the Yazidi in Sinjar. Tens of thousands of men, women and children fled to Mount Sinjar, where they were trapped for days. Hundreds were massacred by ISIS and dozens of lives were taken by starvation and dehydration. A U.N. report noted other gross human rights abuses, forced conversions and the abduction of women and girls. Although the Kurdish Peshmerga liberated the mountain (with American air support) in December, Sinjar remains under ISIS control.

Today, true horror stories like this are playing out across the globe. The refugee protection organization that I run hears the most shocking tales of violence and terror on an almost daily basis. Each is unique, and yet they are not isolated incidents, but part of a global trend. Refugee agencies like mine exist to help the survivors. We resettle those we can to places of safety and try to make life bearable in the refugee camps to which others flee. But the victims we work with are ultimately only the symptoms of a broader issue. We are not equipped to address the root causes of genocide. The world needs to deal with both.

Since the Holocaust, the refrain within the Jewish community and the international community has been that “never again” can we be mere bystanders as a genocide is perpetrated. Yet the majority of the Yazidi people are living as displaced persons and refugees. Hundreds of Yazidi girls and women have been enslaved, and hundreds more Yazidis have been killed. They are not alone, as more than 100,000 Iraqi Christians were forced to flee ISIS’ siege of Mosul, along with many Shi’a Muslims and Sunnis who disagree with ISIS’ extremist ideology. Northern Iraq is being ethnically and religiously cleansed.

Religious minorities in Northern Iraq need a safe zone with international support in the Sinjar and Nineveh plain for Yazidis, Christians and other vulnerable populations. In the meantime, the United States and the international community must be more aggressive in providing assistance and facilitating resettlement of Yazidis and other religious minorities who no longer wish to remain in their ancestral homeland of Iraq. They should start with those who need assistance the most, particularly those with medical needs and the women, girls and others who were captured by ISIS and escaped slavery.

Above all, we can’t forget the siege of Sinjar one year ago, and that the perpetrators, ISIS, are still getting away not only with murder, but with genocide.

About the Author
Mark Hetfield, President and CEO of HIAS, the international refugee agency of the American Jewish community, is serving in his fifth position at the organization, for which he has worked in Rome, New York and Washington. For three years prior to rejoining HIAS in April of 2006, Mr. Hetfield was on the staff of the United States Commission on International Religious Freedom, where he was the Commission’s senior advisor on refugee issues. While there, he specialized in the intersection of religious freedom and refugee law, and directed a comprehensive study, authorized by Congress, on the treatment of asylum seekers in Expedited Removal, released in February 2005. In addition, Mr. Hetfield served for five years in the Immigration and Naturalization Service in Washington and at the U.S. Embassy in Haiti. He also practiced immigration law while associated with the Washington D.C. office of the law firm, Fulbright and Jaworski. Mr. Hetfield received his juris doctor as well as his Bachelor of Science in Foreign Service (BSFS) from Georgetown University.
Related Topics
Related Posts
Comments