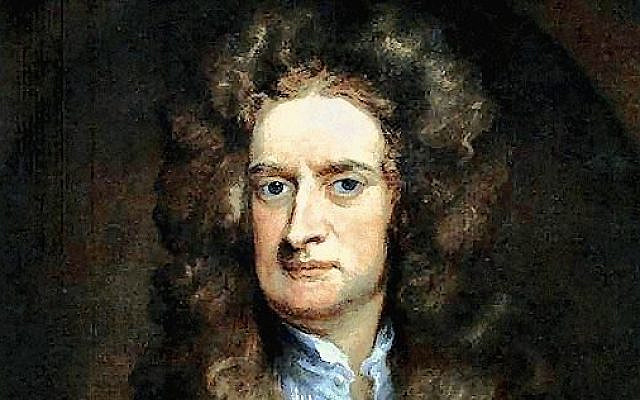 Encyclopedia Britannica begins its article on Sir Isaac Newton by describing him as an, “English physicist and mathematician, who was the culminating figure of the Scientific Revolution of the 17th century.” We all know Newton’s three laws of motion, and his formulation of the law of universal gravitation, inspired by a falling apple.

However, few know of his role in improving English money, first as Warden of the Royal Mint, and then as the Master of the Mint. Britannica only gives this part of his life a brief mention, even though Newton dedicated the last thirty years of his life to those roles, giving up his position at Cambridge University to focus on currency reform.

Newton was likely appointed to his role in the mint because he supported the winning side in the Glorious Revolution, which saw the Catholic James II deposed and replaced by his Anglican daughter Mary II and with her husband William III of Orange. At the time, the mint was located inside the Tower of London, and Newton was given an apartment there, though he later moved to somewhere quieter.

The post was supposed to be a sinecure, a reward for a lifetime of scientific discovery. Yet, like everything else in his life, Newton took the role seriously and dedicated himself to it entirely.

The English economy was close to ruin when the 55-year-old Newton came to the Royal Mint in 1696. The Nine Year’s War (a conflict between France and most of the rest of Western Europe) had seriously weakened the country’s finances.

There was a bigger and more fundamental problem. The silver coins were worth more in Paris and Amsterdam as a commodity than they were in England as currency. So, silver shillings were exchanged for gold guineas, silver was used in Europe to pay for imports, while exports were paid for in gold. Eventually, there was not enough silver in circulation for the coins.

And the biggest issues facing the new Warden of the Mint were clipping and counterfeiting. Since the silver in the coins was itself valuable, people would “clip” the edges off the coins, melt them down and sell the silver. However, a recent innovation in the time of Newton was the milled edges at the edges of coins, that we still use today. This made clipping almost impossible, so criminals turned to forging and counterfeiting instead. 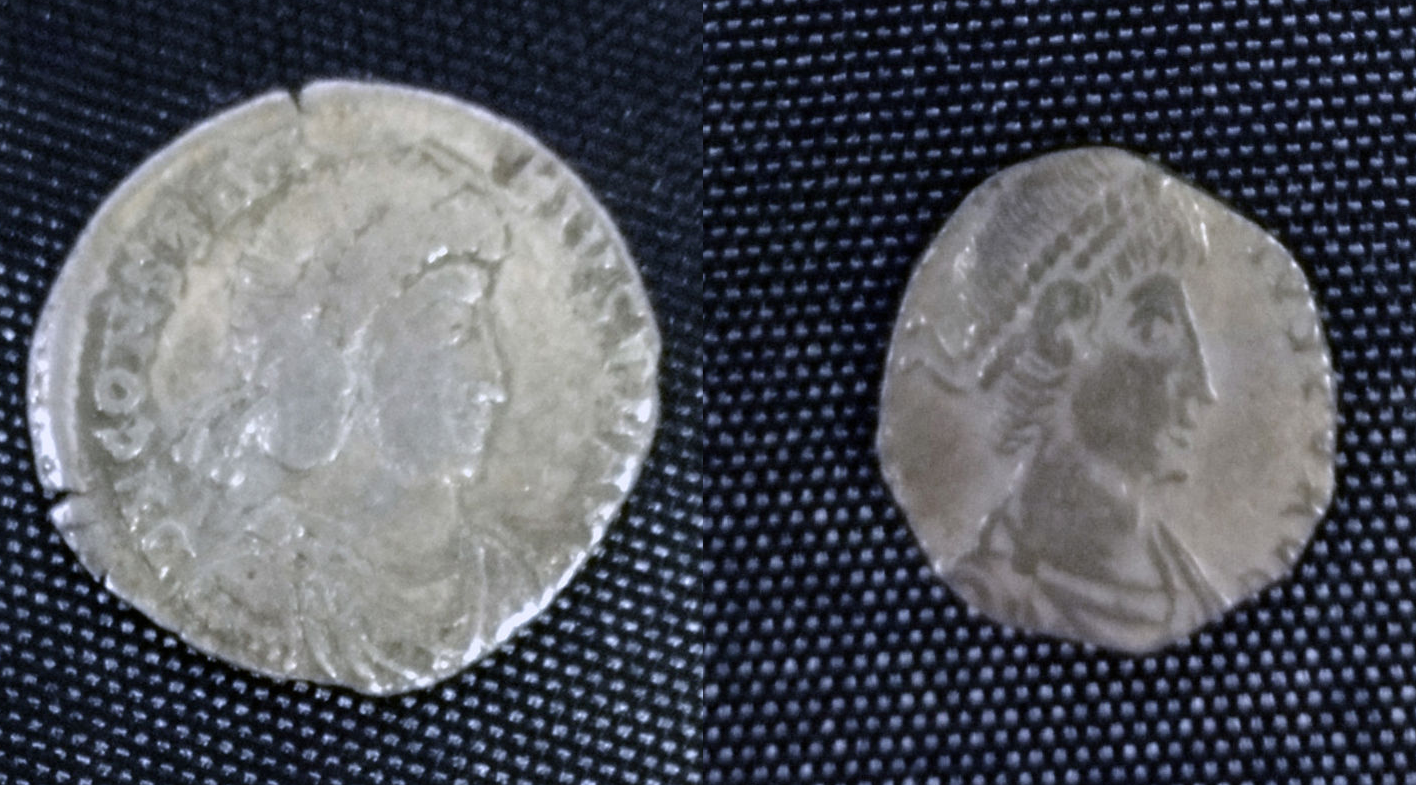 And since most coins were made by hand, they could be forged quite easily. It is estimated that by 1696, forged coins made up 10% of the nation’s currency. Eventually, English currency was no longer accepted in Europe and even English soldiers refused to accept the coins as their salaries.

So, Newton oversaw the Great Recoinage of 1696. All the coins in circulation, one denomination at a time, had to be handed in and exchanged for new coins, based on the actual silver value of the old coins. Coins that were not turned in became worthless.

The recoinage took two years and came close to disaster due to mismanagement and fraud. If it had not been for Newton’s personal intervention it would have failed entirely. The scientist was able to use his chemical and mathematical knowledge to catch counterfeiters and frauds.

Counterfeiting was considered high treason and criminals faced not only the death penalty but then being drawn and quartered after they’d been hanged. Newton personally cross-examined over 100 witnesses, informers and suspects and gathered evidence to prosecute 28 forgers.

Newton was rewarded by being promoted to Master of the Mint, which gave him a much better salary (though he eventually lost a fortune in the South Sea Bubble). He went on to oversee the Scottish recoinage from 1707-1710, leading to a single currency for the newly formed Great Britain.

In 1717, based on a report by Newton to the Lords Commissioners of His Majesty’s Treasure, a Royal proclamation banned the exchange of gold coins for silver, effectively moving Britain from the silver standard to the gold standard (though the gold standard would not become official until the Great Recoinage of 1816).

Newton remained at the Royal Mint until his death in 1727. Historians argue about the impact he personally had on the British economy, but there is no doubt that he spent half his adult life at the mint and dedicated himself fully to the task. His brilliance as a scientist and mathematician cannot be understated, but we should not forget that he spent 30 years of his life literally making money.

According to one of the Talmudic rabbis, the patriarch Yaacov also made money. In this week’s Torah reading, Vayishlach, Yaakov confronts his brother Esau after decades of separation. He prepares for war, but instead makes peace with this brother (Genesis 33). After the encounter with Esau, “Yaakov came in peace to the city of Shechem, in the land of Canaan, when he returned from Padan Aram, and he camped in front of the city. He purchased the parcel of the field where he had planted his tent from the children of Chamor, the father of Shechem, for 100 kesita coins,” (Genesis 33:18-19). While outside the city, Shechem, son of the ruler of the city, took Yaakov’s daughter and offered to marry her in exchange for a peace treaty between the two families.

In the Talmud (Shabbat 33b), three rabbis debate why the Torah includes the phrase, “He camped in front of the city.”

I wrote about bathhouses before, though I hope to write about Rabbi Yochanan and bathhouses another time. But now my question is, why did Rav think Yaakov minted coins, and why did Shmuel disagree.

Rav and Shmuel lived in Bavel in the first half of the third century. This was a tumultuous time in that part of the world, as the Parthian Empire was defeated and replaced by the Sasanian Kings (or Kings of Kings to be specific).

Rav was close to the last Parthian king, Artabanus IV. So close, in fact, that the Talmud compares their friendship to that of Rabbi Yehuda Hanasi and Antoninus, and states, “When Artabanus died, Rav said, ‘The bundle has come apart.’” (Avoda Zara 10b-11a).

Conversely, Shmuel was a close confidant of King Shapur, the second King of Kings of the Sasanian Empire. The two had many conversations, including the time Shapur tested Shmuel’s wisdom by asking him to predict what the king would dream about that night. Shmuel was so closely connected to the king that a couple of generations later, Rabba referred to Shmuel himself as “King Shapur” (Bava Batra 115b). 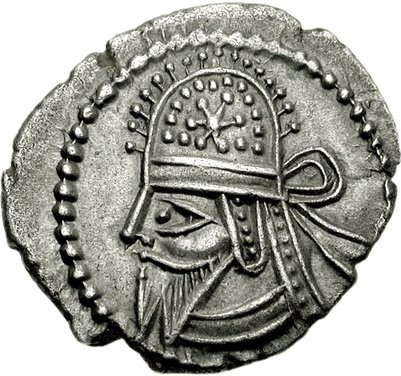 Rav and Shmuel both watched the tumultuous end of the Parthians in the first two decades of the third century. Vologases VI became king upon the death of his father in 208. However, a few years later, his younger brother, Artabanus rebelled against him. Artabanus, Rav’s close friend, conquered most of the empire. Vologases was left with nothing more than Seleucia, the capital city. What did Vologases do after separating from his brother? He minted coins. Artabanus also minted coins to mark his victory and show that he was the rightful king.

The Roman Emperor Caracalla (formally known as Marcus Aurelius Antoninus), sensed an opportunity. He offered to marry Artabanus’s daughter to unite the two kingdoms. When the Parthian king refused, Caracella used that as pretext for war against Parthia. Eventually, Caracalla realized he could not win the war, and made peace with Artabanus. All the while, Vologases remained in Seleucia minting coins. The weakened Parthian empire soon fell to Ardashir I, founder of the Sasanian Empire. 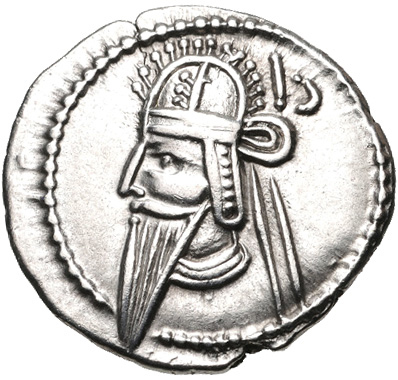 Rav may have seen parallels between current events and this week’s Torah portion. Two brothers at war for many years. Then, after the brothers separate, Rav’s friend Artabanus rejects an offer of marriage for his daughter from one of the strongest rulers in the region. And between the brother’s war and the marriage offer, both the kings minted coins.

Similarly, the Torah reading begins with two brothers, who had been at war for many years, confronting each other, then separating. Yaakov decamped to the outskirts of a city. Shortly afterwards, the ruler of that city proposes a treaty based around the marriage of Yaakov’s daughter. Given the parallels, Rav assumed that in between those two events, Yaakov also struck coins, to demonstrate his victory.

Shmuel, however, sees parallels between Yaakov and King Shapur. Although Shapur also minted coins, he did much more than that. His empire controlled the lucrative trade along much of the Silk Road, stretching from China to the Mediterranean. So, for him, minting coins marked the temporary victory of the ultimate loser. Yaakov’s contribution, like that of King Shapur, must have been establishing marketplaces.

According to both Rav and Shmuel, Yaakov was likened to a king. But each defined his greatness according to the parallels they drew with their own king. Each backed a different ruler. And each imagined Yaakov through the eyes of their personal reality.

On November 23rd, I will be giving a class at WebYeshiva entitled “Who was Chashmonai” about Chanukah. You can listen to the live or recorded Torah classes on WebYeshiva. I’ve also started sharing more of my Torah thoughts on Facebook. Follow my page, Rabbi Sedley.