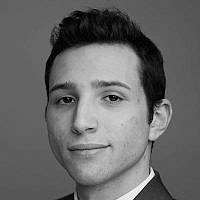 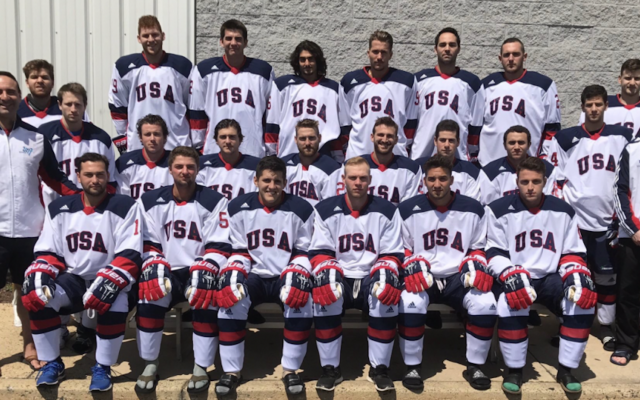 It’s an image or picture most athletes have thought about time and time again. Preparing to represent your country in a gold medal game against your rival country, in front of a big crowd. Matt Mendelson doesn’t need to picture it anymore. He lived it as a member of the 2017 Maccabi USA Ice Hockey Team.

“I was blown away by just how interested and excited everyone who lived there was about high level hockey,” said Mendelson about playing in Pais Arena. “So playing in that arena in Jerusalem was really special.”

Mendleson played hockey in plenty of rinks ever since he was young. But what shocked him the most was seeing upwards of 7,000 fans packed the stadium for a game that did not feature the Israeli delegation.The United States fell a couple of goals shy of earning the gold medal, but playing in front of the local community was a golden experience.

“I was extremely surprised by the turnout and the passion of that gold medal game we had against Canada and how full the arena was.”

In 2016, Open Division Head Coach Greg Gardner gave Mendelson a call. As a junior at Penn State, he was surprised to see a call coming from Princeton. Fortunately, that surprise conversation led to a roster invite and a wish being granted.

Mendelson always wanted to wear the red, white, and blue uniform, and doing so while in the Holy Land made it all that much more special.

“It was just so cool to be a part of something that was bigger than just hockey and bigger than just our country,” said Mendelson. “There’s all these different events where you always want to play for USA, and Maccabi provided me that opportunity. There’s so much pride in playing for your country.”

The pride went beyond the ice. It’s not often that you can make a lifetime worth of memories and friendships during the course of a few weeks thousands of miles away from home. For the Pittsburgh native, he couldn’t be more grateful.

“I have some great friends from my whole hockey journey,” said Mendelson. “But, I would say I have as many close friends in the real world that I stay in touch with from Maccabi than I have all the other hockey I’ve played combined, which to me is just wild.”

Mendelson had the opportunity to tour and learn the history of Israel as part of the Maccabi USA Israel Connect program. He said he grew a deeper appreciation for the country.

“I think going to Jerusalem, especially to the wall, and just really being in the heart of it all made me so much more proud to be Jewish,” said Mendelson. “It just goes to kind of show the bonding experience of going to our homeland and being around like-minded people.”

From Tel Aviv to Jerusalem, Masada to the Dead Sea, or Teddy Stadium for the Opening Ceremony to Pais Arena for a gold medal match against Canada, Mendelson experienced it all with his teammates.

“When I think back on the trip, I think about eating shawarma, pickle sandwiches, and being in 100-degree heat, sweating,” said Mendelson. “It’s kind of a grind to go around on a bus and, you know, eating weird meals. It made us bond really fast.”

Five years later and the relationships that were built on those long bus rides remain today.

“We’re all in touch. A lot of us are in each other’s weddings,” said Mendelson. “It’s really amazing what those two weeks did for the rest of our lives.”

As the 21st Maccabiah approaches, athletes from all across the United States will have the opportunity to play in a gold medal game, just like Mendelson did in 2017. He has one message for those that will be representing Maccabi USA.

“Really take in the fact that you get to play for your country you get to wear the USA jersey,” said Mendelson. “You’ll never be in another locker room that is full of Jewish players, and know that you’re going to have a bond with these guys for the rest of your life, in a way that’s a little different than every other team you’d ever play on.”