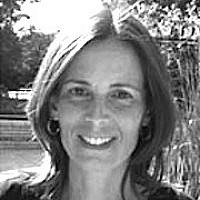 The Blogs
Roslyn Roucher
Apply for a Blog
Advertisement
Please note that the posts on The Blogs are contributed by third parties. The opinions, facts and any media content in them are presented solely by the authors, and neither The Times of Israel nor its partners assume any responsibility for them. Please contact us in case of abuse. In case of abuse,
Report this post.

Shortly after Gusha was hired I overheard an unfortunate conversation in the locker room: First woman: “there’s a new trainer in the gym — why do they keep getting new trainers and get rid of the old ones?– what’s more — he’s an Arab! Soon all of Tira (one of the nearby Arab cities) will join!” Second woman: “I don’t care where they are from, as long as they are good.” First woman was right– a lot of new people from Tira joined the gym and it was a brilliant business decision on the part of Holmes Place Raanana.

But I’m hoping it was not just a business decision, but a shared citizenship decision as well — Jews and Arabs co-exist well around muscles. Soon Jewish men were chit-chatting with Arab men, then they started slapping each other on the back. And Gusha, dear Gusha, he flashed his winning smile and enormous muscles and charmed the entire place. Truth is that there have always been Arabs at the Holmes Place, both Jewish and Arab observant women cover their heads during spinning, we crowd one another while getting ready for work, we compliment one another on our clothes and shoes. But Gusha in the weight room was something else, he had a presence and it said “I’m a great guy — just like you.”

Very late Friday night, Gusha was driving his motorcycle north on road 4 and he slid and lost control. He was dead when the paramedics arrived on the scene. A photograph of him standing next to his motorcycle is now sitting at the reception desk, along with condolences in Hebrew.

This is how we find out the terrible news. Staff members are red-eyed or outwardly crying, friends in shock. The gym is quiet, no music, not much talking. On the club’s Facebook page is a message to Gusha’s family with over 1000 acknowledgements — in Hebrew and Arabic. Palpable sadness fills the place. Not one reference is made to his race. It is irrelevant. This is not a matter of coexistence, it’s a matter of what happens when people share a community. It’s a matter of life and death

About the Author
Roslyn Roucher is Executive Director or Educational Development at Israel Experts, an educational travel company. In her spare time she runs and observes the world.
Comments