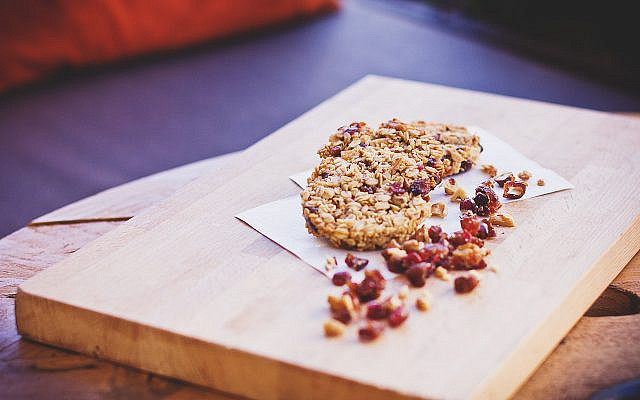 The Torah grants a man the right to nullify the vows taken by his wife or young daughter. The legal mechanism by which he does this is called hafarat nedarim (“nullification of promises”). However, one who looks carefully in the Torah will notice that the act of cancelling a vow is sometimes yani/heini and sometime heifer. Do these two verbs refer to the same thing? If so, why does the Torah vacillate between using these two different terms?

Rabbi Shlomo Aharon Wertheimer (1866-1935) explains that the difference in the type of cancellation denoted by heini and heifer lies in that which is being cancelled. Heinei refers to the idea of cancelling or removing something which may not yet have come into existence. Psalms 33:10 says that G-d “cancels” (heini) the malicious thoughts of the enemies. Because those thoughts are merely abstract ideas and represent only a potential for something to happen, their cancellation is called heini.

On the other hand, the word heifer denotes cancelling or stopping something which had already come into existence. Rabbi Wertheimer writes that the word heifer is related to the word pur (“crumb”) because a hafarah breaks or “crumbles” something which already exists, and effectively pulverizes it out of existence. When one abrogates an agreement or expectation, such as a commandment (Num. 15:31) or covenant (Isa. 44:25), his actions are akin to somebody who takes a binding contract and rips into pieces. This is called hafarah.

Based on this, Rabbi Wertheimer explains why, when discussing nullifying vows, the Torah sometimes uses the word heifer and sometimes heini. In nullifying the vow of his wife or daughter, one has effectuated two parallel outcomes: He stopped her from carrying out that which she had promised to do, and, concurrently, he crumpled away the legal reality of her vow. The Torah uses the word heini only in reference to what the father or husband has done to the plans of the lady in question, because heini refers to the removal of something which had not yet come into existence. However, when referring to the abstract legal reality of the vow, the Torah uses the word heifer,because that reality had already come into existence — and only then can hafarat nedarim destroy it.

Malbim similarly explains that heini refers to forcing something out of existence, while heifer refers to simply ensuring that something will not come to fruition, without necessarily using force.

Rabbi Samson Raphael Hirsch (to Gen. 12:10-13) connects the word heini with the similarly spelled word na (“raw”). In his estimation, the common link between them is that they both denote denote “interrupting” or “stopping” because na refers to something half-cooked, in which case the cooking process was interrupted. This is similar to heini,which is a sort of interruption that hinders and impedes upon the fulfillment of one’s vow. (See Midrash Sechel Tov to Ex. 12:9 who also associated heini with na). Nonetheless, this association is somewhat questionable because although the verb heini/yani is generally spelled with an ALEPH (like na), in Psalms 141:5 the word yani appears sans the ALEPH.

The early grammarians struggled to explain what yani*exactly means: Menachem ibn Saruq (910-970) explained that this verb means “to break”, while his famous interlocutor, Dunash ibn Labrat (925-990), followed Rav Saadia Gaon (882-942) in explaining that yani means “to deny” or “to withhold”. A century later, that controversy raged on, with Rashi (1040-1105) in his commentary to Num. 30:6 adopting Dunash’s view, while Rabbi Avraham Ibn Ezra (1089-1167), in multiple places (see his commentary to Ex. 12:9, Num. 30:6, Num 14:3, and Ps. 141:5), adopts Menachem’s understanding. Rabbi Yaakov Tzvi Mecklenburg (1785-1865) weighs the merits and drawbacks of these two possibilities in a lengthy discussion concerning whether heini refers to the “removal of will” (in accordance with Menachem) or “withholding the [fulfillment of] will” (in consonance with Dunash). Interestingly, although Ibn Ezra defines heini as “breaking”, he also seems to explain that it is synonymous with heifer.

Another word for nullifying or stopping is batel. That word and its cognates are the favored word in Rabbinic literature for denoting nullification. Bitul Torah refers to unnecessary idleness in lieu of studying Torah, bitul chametz refers to declaring void one’s leavened breads before Pesach, and bitul b’rov refers to non-kosher food becoming nullified in a mixture that consists of an overwhelming majority of kosher food. Because of the “futility” associated with batalah, the term came to refer to anything whose purpose was not readily clear, but seemed futile. The root of batel appears to be of Aramaic origin because it appears only seven times in the Bible (Koh. 12:3 and six times in Ezra 4-6), but makes more appearances in the Targumim. Perhaps batel is conceptually-related to tal (“dew”), which appears in the early morning, but quickly dissipates out of existence.

* For more information about the meaning of the word yani in Ps. 141:5, and a historical controversy that this question generated, see Rabbi Dr. Yosaif M. Dubovick’s article “’Oil, which shall not quit my head’: Jewish-Christian Interaction in Eleventh-century Baghdad,” Entangled Religions vol. 6 (2018).