Much Jewish community efforts are focused on young adult engagement and leadership development. Here is a twist on the Pub “Happy Hour,” as a means to connect post-college age young adults.

Aside from the High Holidays, Passover is the one holiday where Jewish identity is ever-present, even for secular Jewish young people. Most of those that don’t regularly go to shul, still need to get their box of Matzah!

Rather than the social networking “pub crawl” Young Jewish Leadership Concepts (YJLC), a non-profit young leadership network organized in 1986, added a pre-Passover “Matzah Aisle Meet-up” to its tool kit of engagement programs. It was perhaps 25 or 30 years ago that YJLC organized its first Passover shopping meet-up at a supermarket a block away from 8201 Henry Avenue, Philadelphia, an apartment complex where hundreds of Jewish young professionals live.

Fast forward to this Sunday before Passover, YJLC has added two innovations to the annual Philadelphia program. First, the Passover Meet-Ups have expanded, taking place in three sites the same day: Philadelphia – at the Whole Foods Market near the Art Museum, the Princeton University area Mercer Mall Shoprite in Central New Jersey, and in Manhattan, at Morton Williams near Columbia University. Local YJLC Jewish young professionals will be setting up and conducting the programs as part of their hands-on leadership training.

Secondly, as this generation of young adults are showing their interest in doing meaningful community work to help others, YJLC is collaborating with the American Friends of Kaplan Medical Center (AFKMC) on a national “awareness” project for the Israeli hospital in Rehovot that serves a growing population of more than one million Israelis, yet flies “under the radar screen” to American Jewish and Israel support leadership.

A major challenge for Israel’s Kaplan hospital is that it may be in the forefront in many medical technology breakthrough’s but some people have said it is like wallpaper, it’s there but you don’t notice it.

Case in point, two weeks ago Israel21c and The Times of Israel reported on an Israeli “Breakthrough in Prostate Cancer Detection.” Attending AIPAC I asked scores of Israel support leaders if they recognized the prostate cancer news. Most were in tune with the latest news from Israel, but missed the first sentence of the “news flash” identifying Kaplan as the site where the research was taking place. Similarly during the 2016 GA, startling reports emanating from Israel broke news of a 97% Cure rate for AIDS. The Times of Israel headlined: “Israeli scientists see breakthrough in AIDS cure.” Again, Jewish leadership had no awareness of Kaplan being the site of ground-breaking research.

Responding to this sense of being invisible, at AIPAC in early March, AFKMC launched the “Heart & Sole” project to create an awareness of Israeli medical miracles taking place in Rehovot, and efforts of Israel’s largest health consortium Clalit, to build the largest Hi-tech Cardiac Center in the Middle East in Rehovot at Kaplan. Two-thirds of the cost of building the new Heart Center will be covered by Israelis through their tax health contribution. The remaining third is expected to come from American support.

Seven national organizations, and the New York Board of Rabbis, have been the first to join AFKMC efforts to promote Israeli medical innovation and the heart center, including: Times of Israel, AEPi, MASA, America Israel Friendship League (AIFL), Livnot U’Lihibanot, Young Jewish Leadership Concepts (YJLC), Artists4Israel (A4I), and NY Board of Rabbis.

Just in time for Passover, YJLC with it “Matzah Aisle Meet-Up” will spearhead the “Heart & Sole” goal to put shoe recycling boxes in 1000 synagogues, churches, and college campuses throughout the US. Young adults will be invited to volunteer the campuses where they received their degrees, and the synagogue where they performed their Bat/Bar Mitzvah, as sites for recycling boxes, and getting the latest news on Israeli medical innovations.

The “Matzah Aisle Meet-up” in Manhattan will most likely have the greatest attendance, taking place Sunday, March 25, 3-4pm near Columbia University, at the Morton Williams Supermarket, 116th & Broadway, NYC.

The local partners for the project are the Moishe House of the Upper West Side, and the New York Board of Rabbis. Daniella L., a former Columbia Hillel student leader is YJLC “Core Team” NYC coordinator for the “Matzah Aisle Meet-up.”

As YJLC’s “Matzah Aisle Meet-Up” is kicking-off the “Heart & Sole” Campaign to build a new Heart Hospital in Israel, the plan is for this annual Pre-Passover event is to expand from 3 sites on the East Coast, to “go national” next year.

Daniella L. remarked that “coming to this Pre-Pesach Sunday supermarket ‘Happy Hour’ is a great way to make new friends in the Matzah Aisle, and help build a Heart Center in Israel.”

So, when it comes to Passover 2019, community leaders who want to host a “Matzah Aisle Meet-Up” for young professionals on Sunday, April 14 can contact Lou Balcher at LBalcher@afkmc.org. 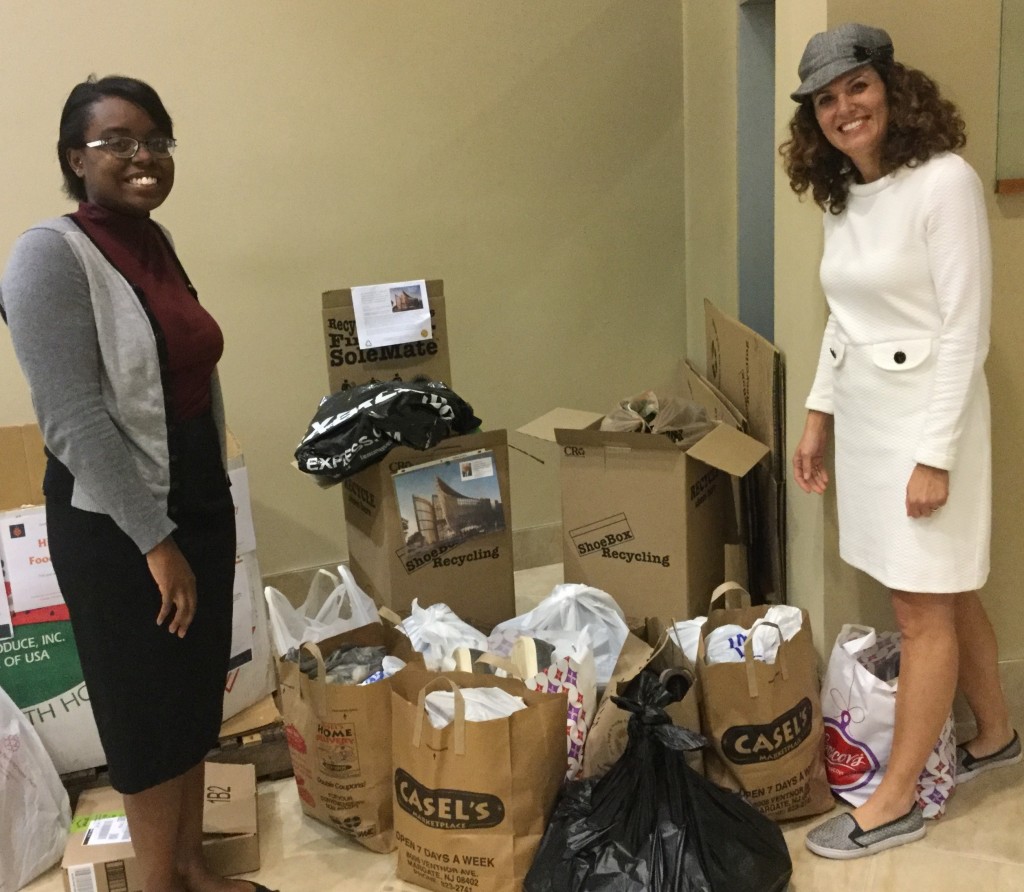 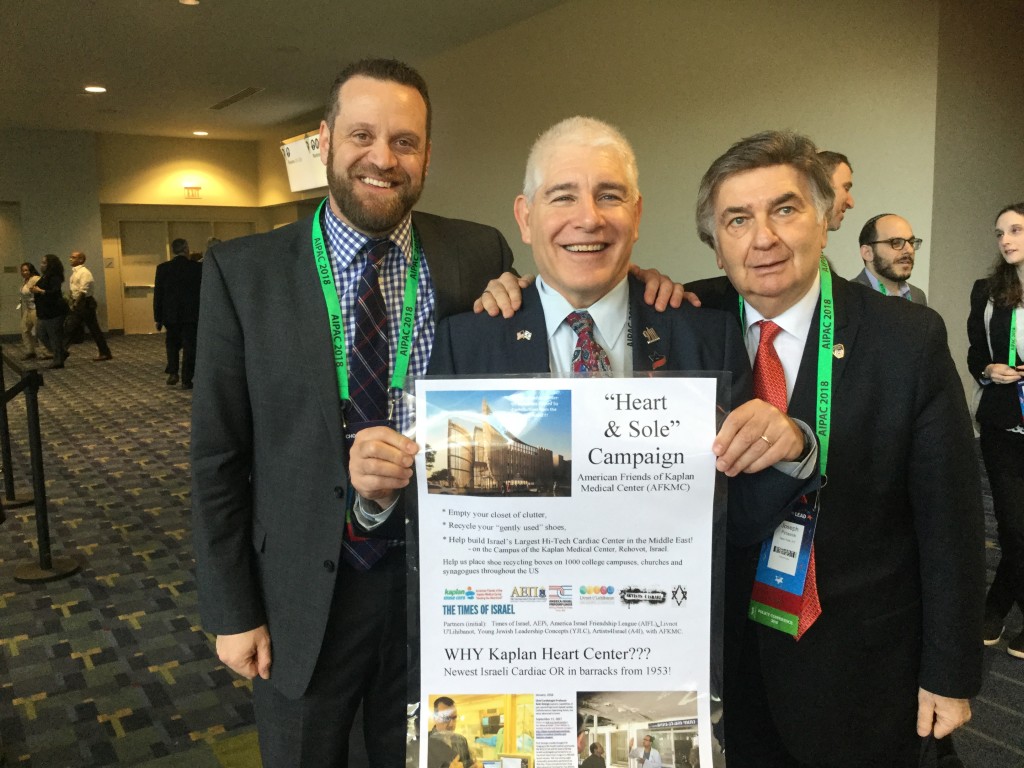 About the Author
Lou Balcher served from 2004 - 2013 as Director of Academic Affairs to Consulate General of Israel to the Mid-Atlantic Region. He also served as Education Director for Congregation Tifereth Israel in Bensalem, PA, and as administrator and teacher for Gratz College's Jewish Community High School. He is a former Membership Director for the Philadelphia and Cincinnati regions of B'nai B'rith International. For three and a half decades, he has coordinated post-college young leadership programs for Young Jewish Leadership Concepts. From 2014 - Spring 2021 he consulted as National Director of the American Friends of the Kaplan Medical Center, Rehovot, Israel which serves more than one million Israeli citizens. In the Spring of 2021 Balcher and a team of national leaders inaugurated the American Foundation Creating Leadership for Israel (AFCLI) - "the newest voice for Americans for Israel."
Related Topics
Related Posts
Lou Balcher
Comments