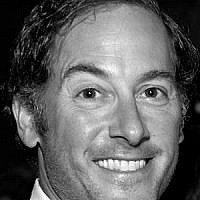 The Blogs
Jorde M. Nathan
Apply for a Blog
Advertisement
Please note that the posts on The Blogs are contributed by third parties. The opinions, facts and any media content in them are presented solely by the authors, and neither The Times of Israel nor its partners assume any responsibility for them. Please contact us in case of abuse. In case of abuse,
Report this post.

There is much commentary on the Seder’s Four Sons. Some offer perspectives on the sons as four generations of Jews in the Diaspora, say in America today. The first son would represent eastern European Jewry who emigrated to America, connected to the traditions of the “old country.” The second son/generation is labelled “wicked,” as he knows the mitzvot and rituals but has tossed them aside in favor of integration/assimilation into the modern world.

The simple/third generation grows up fully assimilated but at least has his grandparents around as role models; this son may have a chance to go to shul with his Zeida or even see his Baba light Shabbat candles. These rituals may be “cute” but likely have no deeper meaning.

Our Seder this year was drawn to this issue. We developed a minhag or new custom to focus on the fourth son/generation. How can we help him come back and parent a new generation of wise, first generation children?

We discussed the matzoh of the Seder, with the three unleavened cakes. We spoke of the three groups of Jews (Cohein, Levi, y’Israel) and of the three levels of knowledge and connection amongst these groups, namely: tzadikkim/chachamim, beinonim, and ignorant. In discussing the matzoh this year, we turned the stacked unleavened cakes upside down. The practicing/righteous Jew might get less focus this year from the bottom of the stack, but he is serious in his own endeavor nonetheless. The middle group, who tries a little but is overly tempted and conflicted will remain a central focus of the Seder mission.

But our major focus of the evening was to engage this top matzoh. This is this fourth son. We are committed to have the entire Seder serving this child. And if successful? His children and his children’s children will too feel personally connected to the exodus from Egypt and connected to the grace of the Almighty. And they too will tell the Seder story, from generation to generation.

About the Author
Jorde M. Nathan is a former Managing Director at Barclays Capital responsible for distributing and sourcing par and distressed loans. Prior to Barclays, Mr. Nathan joined Lehman Brothers in 1994 to launch a loan origination and trading business. He has an MBA from the University of Chicago and graduated Phi Beta Kappa from Amherst College with a major in Chinese. Jorde has lived in London, Hong Kong and Beijing and speaks Spanish and Mandarin Chinese and limited Hebrew. Nathan is past President of the Friends of the Israel Defense Forces Midwest Region and serves on the National Board. Mr. Nathan has served on the Board of Directors of Solomon Schechter Day Schools and on the Endowment Committee of the Jewish Federation. He is an alumnus of the Wexner Heritage Foundation and a former member of the United Jewish Communities National Young Leadership Cabinet. Jorde is a Zionist and has visited Israel nearly 20 times…leading missions, bringing first-timers, leading the annual “Nathan Family trip” and participating in the Nachshon missions. The Nathan Family consists of Jorde, wife of 20 years Helene Diamond Nathan from Vancouver, British Columbia, and four day school children Reeven Earl (24), Sophie Charlat Diamond (21), Chase Chaiim Tzvi (20) and Levy Yitzchak (17). Jorde is an avid fly tier and fly fisherman and spends his days learning Talmud at the Hebrew Theological College and leading opinion regarding the US/Israel relationship. The Nathans live in Highland Park, IL.
Related Topics
Related Posts
Jorde M. Nathan
Comments