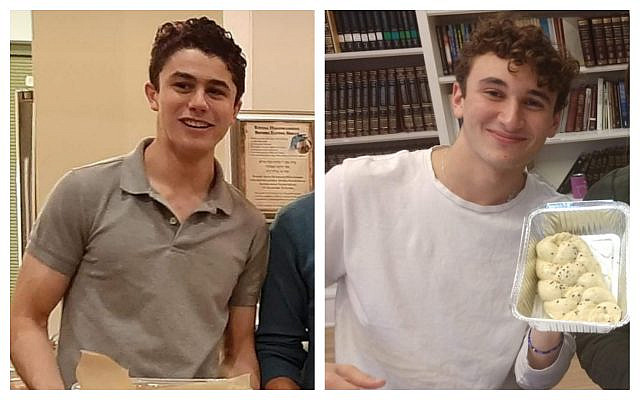 My 7-year-old son Max has been training to be a demigod this week, otherwise known as attending Greek mythology camp. He has come home with heroic tales of conquering monsters and titans armed with Styrofoam swords and cardboard shields.

I have reservations about my little peacemaker aspiring to fight and win battles. But life is not fair. There is value in learning that the world needs heroes to fight for justice and conquer monsters. Frankly, swords and shields made of cardboard are better than guns — whether real or make believe.

I say this with another young Max in mind. Twenty-year-old Max Solomon Lewis, a third-year student at the University of Chicago with thick, wavy, brown locks, was riding the El train from his summer internship last Thursday when a stray bullet pierced the train car window and struck him in the neck. He came out of surgery paralyzed from the neck down and on a ventilator. Cognitively aware, he made the heroic choice to be taken off life support.

He died on July Fourth, which happens to be the day my beautiful son Max with thick, wavy, brown locks came into this world seven years ago in a different Chicago hospital.

But Max Solomon Lewis was not the only innocent bystander killed by a stray bullet this year. Fifteen-year-old Damia Smith was killed in the backseat of a car on a Chicago road in January.

In Astoria, Queens, Gudelia Vallinas, a 37-year-old mother of two, died less than a block from her home when she stepped out to go to the drug store.

In Minneapolis, 9-year-old Trinity Ottoson-Smith was hit while bouncing on a trampoline at a friend’s birthday party.

In Doraville, Georgia, 25-year-old Carmen Lee’s car rolled to a stop in the roadway because she had driven into the path of a bullet.

This past holiday weekend alone, at least 230 people were killed in more than 500 shootings across the country. Some of them targets — some of those targets, children — and some like Max, Gudelia, Trinity, and Carmen — in the wrong spot at the wrong nanosecond.

“May their memory be for a blessing.” This is, of course, the prayer that Jewish tradition inspires us to offer when someone dies. I’ve long thought it was a wish expressed to loved ones that memories of the departed would bring them comfort.

I only recently learned that the prayer is not intended for that purpose, even if it is still the sentiment I want to convey.

Rather, in Jewish tradition, the adage refers to the blessings that live on or blossom after a person is gone because of their good deeds on earth. After all, we Jews believe in pursuing justice here and now, leaving a legacy that makes the world a little better than it was before we got here. The saying expresses the hope that their mission was accomplished.

Two years ago, during a demonstration in Israel to recognize victims of domestic violence, a new phrase was coined: “May their memory be a revolution.” The declaration has since been appropriated here in America to commemorate the death of US Supreme Court Justice Ruth Bader Ginsberg. It was also invoked in the context of Black Lives Matter to pay tribute to George Floyd, Breonna Taylor, and so many others.

“There is nothing blessed about the way these lives were ripped away from us,” writes Rachel Stomel, a women’s rights activist, poet and fellow blogger here at The Times of Israel.

“Their memorial calls for identifying and confronting the deep-seated conditions that gave rise to their murders, deliberately dismantling them, and then generating active justice in their stead,” she writes.

As I tell my son quite often, “We share this world with other people.” Our actions carry consequences beyond our control.

How many lives will be ripped away for there to be a significant effort in all communities to address the deep-seated conditions that fuel gun violence? How many lives will it take before Americans confront our history of racism, address systemic inequities, and work to heal the trauma inflicted by years of ignoring both? Investing in solutions doesn’t just help bad guys with guns, just as teaching tolerance doesn’t just help bigots.

But executive orders, strategies and declarations are about as useful as cardboard shields and foam swords until they’re turned into sustainable action. The pandemic rendered many previous efforts unsustainable, compounding the risk facing Black and brown communities. Once again, it will take heroes on the ground winning one battle at a time to heal us.

We share this world with other people. Bigotry, gun violence, inequality and injustice threaten all of us. Stray bullets are only the most obvious indicator.

Max Solomon Lewis. May his memory be a revolution.

About the Author
Manya Brachear Pashman is co-host of People of the Pod, an American Jewish Committee podcast about global affairs through a Jewish lens. She covered religion for the Chicago Tribune between 2003 and 2018.
Related Topics
Related Posts
Comments
Advertisement