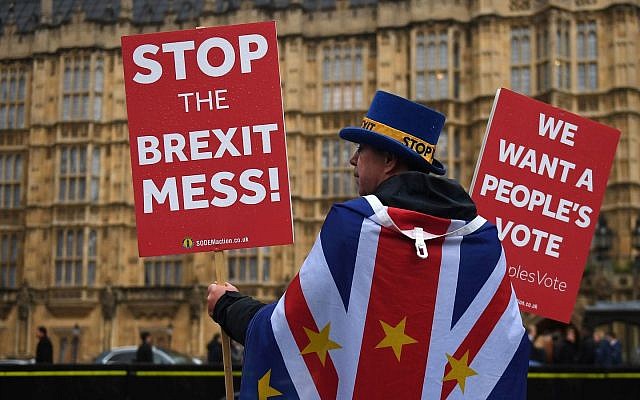 It is clear to me that the main reason for Brexit was British racism. And now it comes to bite the Brits. What else could they do than say: “We have seen the consequences and will change our mind”?

Yet, the power of hatred is such that people often do what’s bad for them, just to prove that they decide and no one else will take decisions for them. So, we’ll wait and see how this unsavory business will end.

The UK predicament can be compared to a State that resolves to boycott all Israeli products. Suddenly their phones won’t work anymore, nor do their computers. Their crops are dying without Israel’s drip irrigation and from pests getting out of hand and they have no way anymore to prevent terrorism. Like under Hitler who also banned “Jewish science,” their scientific work all but comes to a halt and physicians can’t perform all the tests or prescribe all the medicines that they were used to. Their GPS services are out and their become weapons obsolete. They’ve cut off the branch they were sitting on.

Before May, May could be on her way out anyway.

Israelis, always the realists under the nations, already signed an after-Brexit mutual trade agreement with the UK, just in case it’ll happen. For the Brits though, I hope that they’ll come to their senses. As did these demonstrators, apparently. We know that desperate times have arrived when psychics get involved. All Brits seem clear but their politicians.