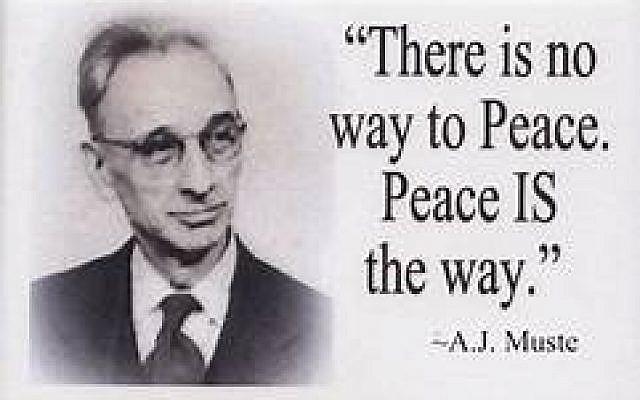 No, not because we have enough vision from television. But seriously …

The Sages explain that the cessation of fresh Prophecy 2000 years ago was an unintentional byproduct of them ending the craving to worship idols.

But I just had an additional idea on top of that.

So many idol worshipers were (and are) obsessed with ‘the world beyond.’ They busy themselves with imagining all good and bad that could come from Up High, the supernatural, instead of prioritizing to perfect the world in front of their eyes. This kind of hyper-attention to the Beyond takes away from a proper focus on life down-to-earth and its demands. They simply are oblivious of the significance of what we do, could do and should do. Christianity started at about the end of Prophecy. It developed into a worldview with an obsession with the Future World topping all idolatry. It teaches that ‘This world is not His world,’ calling life ‘this vale of tears.’

True, in our Main Prayer we ask G^d several times every weekday to give us a hand with a whole slew of problems. But that is not for us to grab and hoard. Rather, we should pour out our heart when we’re lacking anything to the One who provides it all. Thus, we acknowledge our dependence and debt. But these blessings close with a summary where we declare that the Source of all blessing is in control and supplying. (Maybe this is an example of what the Sages tell us, that we can start doing Commandments with ulterior motives, because in the end, we’ll do them for their own sake.)

G^d created the world unfinished. The Rabbis explain that what G^d calls ‘good’ during the Days of Creation is perfect but that his added word ‘very’ in very good (Genesis 1:21) stands for all kinds of things that we not so quickly would typify as good, among them: death. Let me suggest something else. This ‘very good,’ G^d pronounced after the creation of Adam. It was a human qualification: pretty good, not: ‘more than perfect.’

Unfinished creation is an invitation to us to work with G^d in perfecting it. A task hard to see if one just pays attention to the Heavens. As we say in our blessing at each new moon cycle, the Heavenly spheres are fine. We should take an example of their obedience. It’s us we need to perfect.

Rabbi Cardozo is saying for years that, before we can properly follow G^d’s stenographer (Moses), we should lay the foundation more properly by first following the earliest Jew (Abraham). Before we try to do Commandments, we should master the preferred Jewish character traits. I want to suggest something a bit different. We revisit Abraham to refine our understanding of (not just lay a basis to) our Torah. He knew what a Jew should feel, say, pray, do, and celebrate, without Moses’ Outline. It was crystal clear to him. So it should be to us. We should go implement our whole Torah like he did.

We don’t so much need more Divine Direction for that anymore. We had plenty of that. We more need to notice how to be the greatest us we can be. We need to learn from how we’ve brought unnecessary hurt (evil) into this world and stop doing so. Many an atheist shows how to be a Mensch. One doesn’t need to believe in the mystical or metaphysical to do so.

We also need to stop worrying so much about Hell and the Garden of Eden and Divine Reward and Retribution beyond the grave. Rather, we need to pay attention to how we’ve made Earth into Hell and could make This World into the Garden of Eden.

Christians, who borrowed the basis of their religion from us, have made fun of Jews for millennia on how we are so busy with what they considered petty earthly concerns. And Atheists, who learned from us to reject idol worship (and that’s all they reject), can’t identify with the way we talk to G^d all the time. Returned to our ancestral homeland, it’s time that we Jews overtake them both. Not ‘Paradise Now’ but ‘Paradise Here.’

Let’s stop the war on our feelings (stifling and drugging ourselves).
Let’s listen less to authorities and more to what our deepest Self tells us.
Let’s end hurting, oppressing, and killing of us, others and all life on Earth.
Let’s stop killing ourselves and each other (while blaming G^d for it).

The Sages (Midrash Lamentations Rabbah on Jeremiah 16:11) explain that G^d opines: “I wish they would leave Me but keep My Torah” (הלואי אותי עזבו ותורתי שמרו). (The opposites of what Christians do.) It’s high time.