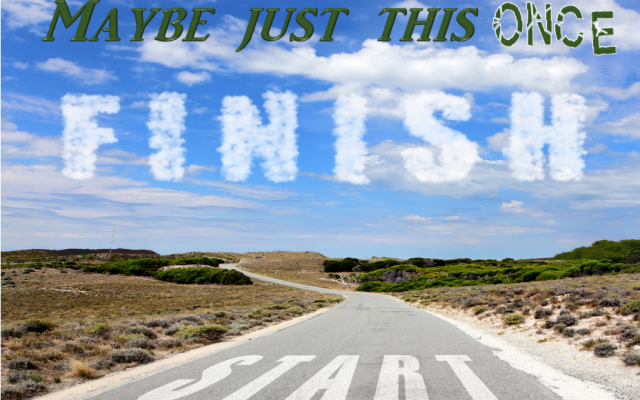 So many  repair people were scheduled to come by Friday that I anticipated I wouldn’t have much chance to even close the door before it would be time to reopen it. Who could focus amidst the whirlwind of servicemen and their noise producing gear? For certain, the evil inclination woke up early that morning and started producing many legitimate convincing reasons why I should not write a blog on the week’s Torah reading.  Sometimes I wonder who is more creative, Aliza the Writer, or the demonic eloquent orators in my brain eschewing my will to do what I should and to abjure my service to God. After all, I’d already written a blog every week on the Torah readings, big deal if I just skipped one, that one, the very last one in the Book of Exodus.

But then I asked myself, what if God never finished the Book of Exodus. When we started reading it a few months ago the Jews had just become slaves in Egypt and suffered greatly under their cruel oppressors. The End! No, thank goodness it didn’t end there. The Israelites’ cries reached up to Heaven and their story was just set to begin. And indeed, last week’s parasha was truly a grand finale to the second book of Moses and worth waiting for as the Israelites were  now a freed and forgiven  people ready to worship their Gracious God in a Divinely designed Tabernacle. And for a wonderful change, they were blessed by Moses instead of being reproved by him and to top it all off, “…The cloud of the Lord was upon the Mishkan by day, and there was fire within it at night, before the eyes of the entire house of Israel in all their journeys.”

For the past several parashas we read about the construction of the Tabernacle. Now that it was complete, the blessings descended. Blessings are most potent in things that are completed and whole, not started. Imagine a pilot who takes off great but forgets to land. Interesting to note in Hebrew the word Shalom, which means peace and is also one of God’s names also contains the word shalem, which means complete—implying that where there is peace and completion God can reside. How many things in our lives do we begin but never complete? Most things we start, other than chocolate cookies, remain unfinished: diets, educational books, language courses, our vows to be better Jews, better people, etc. One of the main reasons is we let Satan take the helm. He caters to our weakness: “Just stay in bed and sleep more, you work hard”; “Just eat it, you’ll start your diet tomorrow”; “Don’t go to synagogue or give charity, you’re nice enough as is,” etc. The evil inclination succeeds when you fail.

The threat of Amalek (from which hales the notorious Haman of Purim)–the nation perpetually set to destroy the Jews through the generations–is not only a physical enemy but an inner enemy as well. It attempts to cool our religious fervor, our spiritual aspirations and our yearning for self-improvement. And in the beginning of any effort, just as in the beginning of Exodus, we are slaves to our routines, our whims and wants, our cozy comforts. So Amalek wins and we never leave our figurative Egypt. Thus it is our job seven days a week to give ourselves the extra Godly push and not be lazy or distracted and to snatch victory from the insatiable demonic jaws salivating in anticipation of our defeat. It’s interesting that the word Mitzrayim is not merely the Hebrew name for Egypt, but also means “limitations” and “boundaries.” Sometimes fear or laziness–our own self-imposed limitations– are the hardest chains to cast off. The esteemed Rabbi Alon Anava teaches that it is written that there were not gates or walls surrounding Egypt and that the Israelites could have fled anytime. But rather there were talking dogs along the outer perimeters who would convince the Jews not to leave exalting Egypt as the best place for them and disparaging the desert and the future therein as a dangerous unknown. That is why with the 10th plague, when God’s determination became decisively clear, it is written: “But against all the Children of Israel, no dog shall sharpen his tongue.” Lesson for us: Pay heed to what and who is whispering in your ear. Mute the naysayers and the specious soothsayers and obey only your Godly voice, the one that wishes you well.

In addition, we can never rely on laurels of the past. Even if we did  good yesterday, it can’t sustain us forever. We learn in this week’s Bible reading how Moses had to disassemble and reconstruct the Tabernacle every single day. Each one of us is like a Tabernacle. It is only through the continual building and deconstructing of ourselves that we really come to terms and become aware of the components that make us who we are. “Every time Moses went through the process of erecting and dismantling, he invested us with the strength to rebuild ourselves: to learn from our failures and to reinvent ourselves so that we might reach our spiritual potential.” (Rabbis Yisroel and Osher Anshel Jungreis). The one thing we must never be afraid to do is to get started and even more so, don’t be petrified to finish nor to transform yourself physically and spiritually into a holy vessel through which God can work His way. Dash the excuses that begin with “Just this once I won’t,” and “Just this once I can’t” — Or soon enough your entire life story will read “Once upon a time, I wanted to be much more than I am.” The END!