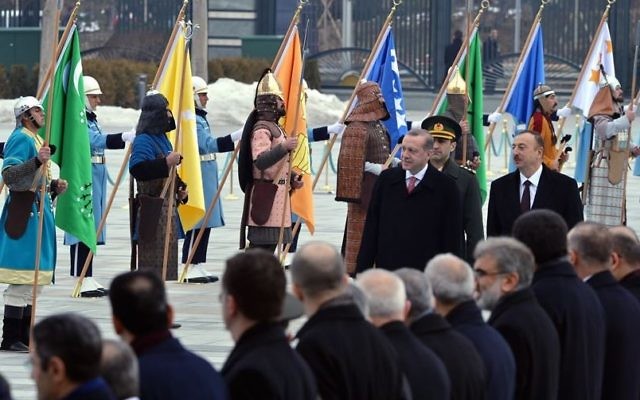 It makes me more than a little uncomfortable to know that I agree with Recep Tayyip Erdogan on anything to do with Israel. And yet I find myself on the same side of the argument for very different reasons.

Both Erdogan and I are not fans of the Nationality Bill passed by Israel.

Erdogan doesn’t approve because he is an anti-Semitic despot who despises everything that Israel stands for. I don’t because I am an observant Jew who spends a significant part of each day involved with Israel advocacy.

Israel is the homeland of the Jewish people. No Nationality Bill, no matter how magnificently crafted will make it more or less so. Those like me who believe in the intrinsic Jewishness of the country do not need a bill to underscore that, and those like Erdogan who don’t, will not be convinced by a law passed by a government that they do not and will not respect.

Which renders it pointless.

The Nationality Law will not make Israel any more Jewish than it already is. Erdogan and his allies who battles with the concept of a Jewish state will not only not be convinced by the bill, but instead will use to further their own agenda, which is to paint Israel as an apartheid state. They will use examples of South Africa and the fact that racial segregation was passed into law into by a racist government. As different as the reality might or might not be, it will simply be used as yet another example to further the Israel-apartheid narrative.

It makes no sense to give them the weapon to do so.

Erdogan will use the bill as an example of Israel’s racism and will unsurprisingly neglect to mention that many states in the Middle East, like his own, as well as others around the world adhere to and identify with a specific religion. Despite this obvious fact, Israel and supporters of Israel will lose yet another public relations round with little to show for it.

The passing of the bill is naive at best, dangerous at worst. It will drive a further wedge between the Diaspora community and Israel, and it will further polarize and Israelis.

The Nationality Bill reflects a country that appears to be retreating further into a lager. It is deeply concerning that lawmakers were not able to rise above a narrow political and religious agenda to view the bill from an unemotional distance. Had Israeli lawmakers been able to do so, they would have been able to see what a poor decision the introduction is and how damaging it will be to the country in the long run.

Recent events that include the arrest of a Conservative rabbi, the battle over a possible egalitarian section at the Kotel, the blacklisting of some rabbis from around the world by the Rabbinate, with regard to conversions, the fight over kosher food authorization and the stronghold over marriage all are signs of weakness and fear. Instead of widening the support base to include other sectors of Israeli and Diaspora community, these actions, like the passing of the bill serves rather shrink the support base to a narrow like-minded band that appears desperate to hold on to control. These are the decisions that will place the country at odds, not only with Jews and supporters around the world, but with its own citizens. Instead of appearing confident and bold, it seems the opposite.

Recep Tayyip Erdogan and I do not need the Nationality Bill to convince us that Israel is a Jewish state. The reality is that no one does. And those that do are not buying it anyway.