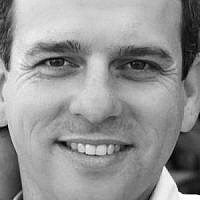 The Blogs
Ruven Barkan
Apply for a Blog
Advertisement
Please note that the posts on The Blogs are contributed by third parties. The opinions, facts and any media content in them are presented solely by the authors, and neither The Times of Israel nor its partners assume any responsibility for them. Please contact us in case of abuse. In case of abuse,
Report this post.

*How should we commemorate Yom HaShoah?  On a personal level, my initial inclination is to do nothing.  The loss is so great that any ritual can not adequately capture its enormity, nor do I feel a need to do so since it’s dark cloud is so much a part of who I am.  Yet how can I go through my normal routine of the day without doing something?

Perhaps, standing silent here in America at the moment that the siren is sounded in Israel would be appropriate. By doing so, I would be standing in solidarity with my people who have persevered in the face of destruction and thrived in its wake.

Perhaps, I should volunteer to read names of the victims or go to listen to others who are reciting them at the local Jewish center  At least this conveys the commendable attempt to commemorate the loss of so many people.  How long does it actually take to read six million names, their ages, and their birthplaces?

Perhaps, we should fast on this day like we do on other days of destruction. Viscerally, depriving myself of food when remembering my relatives who were starved day-in and day-out is anathema to me.

Perhaps, attending the official community Yom HaShoah ceremony.  By standing up to make meaning in the face of chaos seems like a moral imperative — dare I say a mitzvah?  Yet, it just takes so much energy to trudge up the willingness to do so.

Perhaps we should look to God. Perhaps.

Through all of this we say, “Never Again” with some semblance of conviction as wars rage, terror reigns, and governments oppress their own people. At least we stand up to defend ourselves while still trying to commit ourselves to caring about the other.

Standing up against the meaninglessness in our world is worth every and any attempt to do so, even if it feels feeble.  Committing ourselves to meaning in the face of chaos, however we do it, is sacred.

We may come up short in our attempts to recount the horrors of the decimation of one third of our people and the destruction of European Jewry; to preserve the memory of each precious person — man, woman, and child — who was murdered; to reflect upon and understand the human capacity for evil by some and apathy in the face of evil by many; to acknowledge the bravery and sacred acts of gentiles who stood up to save Jews at the risk of their own lives; to remember the tens of millions of others who died in the war.

At least, I can attempt to overcome my own apathy as I commemorate Yom HaShoah.  This may be my small but sacred contribution to make meaning out of this day.

*Delivered at the community Yom HaShoah program in Savannah, GA.

About the Author
Rabbi Ruven Barkan is a relationship builder and visionary, seeking to nurture vibrant Conservative Jewish life that builds on the solid foundation of tradition for promoting inclusivity and innovation. As rabbi, educational leader, and social activist he is dedicated to bridging gaps through dialogue between diverse communities, transforming Tefillah (Jewish prayer) into an engaging, accessible, and personal experience, and establishing new Torah study models tailored to the culture of each community. He has served as rabbi in a variety of contexts. As a congregational Rabbi, he led Congregation Agudath Achim in Savannah, Georgia. As Rabbi-in-Residence, he helped establish the Jewish Life Program and taught Jewish studies at the Chicagoland Jewish High School. He directed the faith track of Auburn Seminary’s international peace camp, Face to Face/Faith to Faith, that builds peace through dialogue in regions of conflict throughout the world, including Israel. He wrote his Master's Thesis in Hebrew Letters from the American Jewish University on “Zionism and the Conservative Movement: Finkelstein, Heschel, and Kaplan,” and his Master's Thesis for the Jewish Theological Seminary's Davidson School of Education on “Teaching Jewish Holidays through Gardening.” He was ordained at JTS in 2001. He is a regular practitioner of Iyengar Yoga, and plays soccer, basketball, and golf. He has been married to his life-partner Adina Weber since college.
Comments