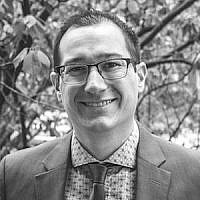 The Blogs
Ben Murane
Apply for a Blog
Advertisement
Please note that the posts on The Blogs are contributed by third parties. The opinions, facts and any media content in them are presented solely by the authors, and neither The Times of Israel nor its partners assume any responsibility for them. Please contact us in case of abuse. In case of abuse,
Report this post. 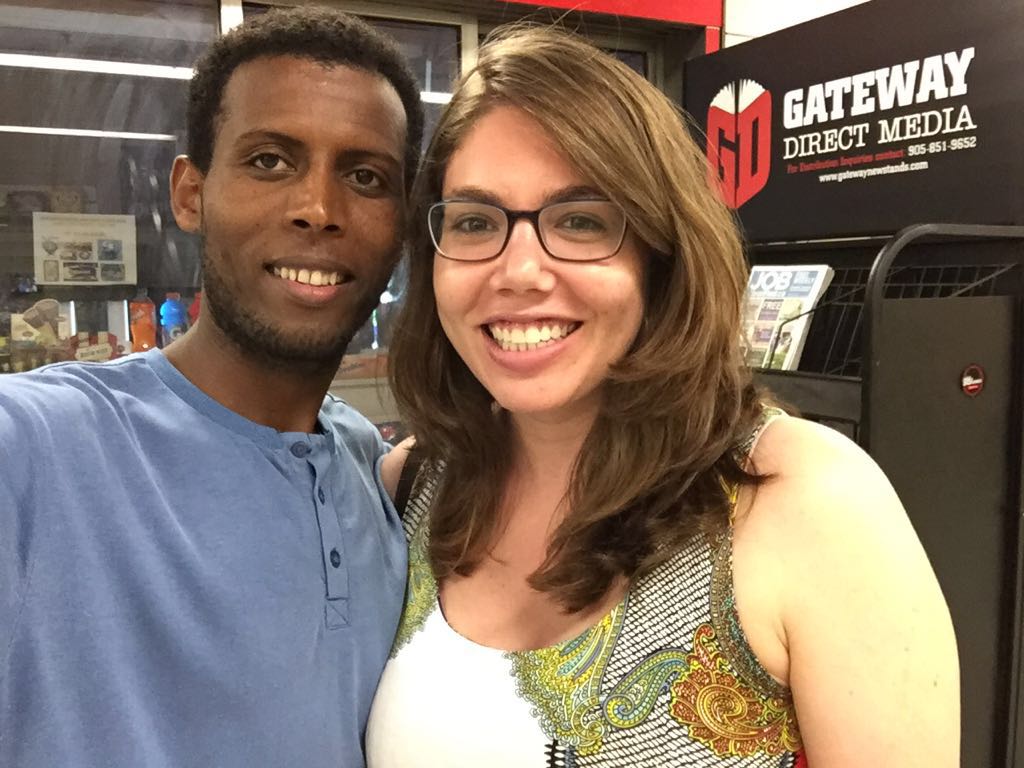 Dawit Demoz, who fled Eritrea to Israel and then settled in Canada, with Enbal Singer.

Can you tell me how you first got involved with the asylum seekers community in Israel?

When I was in my late teens, like everyone else, I was grappling with my identity and looking for a sense of purpose. Before I started university I decided to sign up for a program where you can volunteer in the IDF for three weeks. I decided to extend my stay and continue volunteering. At the time, I had been studying genocide history, so the African Refugee Development Centre (ARDC) caught my eye. I quickly fell in love with the work in the center and saw myself doing it for many years. And I’ve never looked back! After I completed my undergraduate degree at McGill, I went back to Israel as an NIFC/Shatil Social Justice Fellow and worked at Kav LaOved (The Worker’s Hotline).

How did the Shatil fellowship influence you?

The Shatil fellows attended monthly activities in addition to our daily work at the organizations. We all came with strong beliefs, and we felt that we developed a more nuanced understanding of Israel from living there and attending these sessions. I believe I became a better advocate, as I am more able now to explain how complex the situation in Israel is. It’s important that we move beyond just being pro-Israel or pro-Palestine, and the fellowship gave me the tools to get more people there.

Can you describe the work you are doing now and why it is important to you?

Right now I’m working with other activists to mobilize Canadians and Canadian resources to help the asylum seekers in Israel. Canada has such a rich tradition of refugee resettlement, which Israel can learn from. The main goal right now is to advocate towards convincing the Canadian government to resettle more of the asylum seekers who have fled to Israel in Canada. There are many people who want to sponsor refugees in Canada, but the administrative hurdles mean this can take four or five years, and that discourages sponsors. At the same time, we want Canadian officials to encourage Israel to take responsibility as well by conferring legal status to an equivalent number of asylum seekers as those who leave to Canada.

Has your perspective on this issue changed at all since you first started doing this work?

When I started I was very adamant about Israel being better because of our experience in the Holocaust. It’s a nuanced point, but I now see things differently. We can’t force survivors of traumatic experiences to care for others because they suffered from similar trauma. While I’m personally motivated by my family’s experience in the Holocaust, I’ve learned that you can’t force people to care. My time at Kav LaOved (The Worker’s Hotline) really cemented this view. It became clear to me that we would often get farther in our clients’ claims when we gave the employers the benefit of the doubt!

How do you respond to people who defend Israel’s deportation policy?

I try to explain that what seems like a “quick fix” is anything but. This can be seen with the current backlash. I try to explain that Israel is hurting itself by engaging in these policies. Israel relies on the labour of these asylum seekers, and many of them actually love Israel, despite everything. The number of refugees is really really small by global standards. Canada takes as many refugees has Israel has now, every single year. Were Israel to adopt an annual resettlement policy similar to Canada’s that was proportionate to Israel’s population, it would take in about 10,000 refugees each year. Uganda, one of the countries that Israel wants to send refugees to, is already housing one million refugees from South Sudan with a population of 40 million. Israel is definitely a small country with very limited space, but 35,000 is a very proportionate amount for Israel to resettle.

What do you wish other people knew about this issue?

To me, the biggest misunderstanding of immigration law is the idea that giving a person status means that you’re “stuck” with them. It’s actually the complete opposite. Legal immigration status offers more mobility than any deportation policy ever could. With legal status, asylum seekers in Israel could emigrate to places like Canada as economic migrants (actually a much faster process than refugee claims) or attend universities in Europe. Rwanda or Uganda are the only places that the statusless asylum seekers can go. Because they know they could die if they go, they’re better off staying put. By denying them status, Israel effectively locks them in the country.

What do you think the future will look like for Israel and for asylum seekers if the deportation policy is carried out?

I think this will unfortunately be part of our legacy as a people, and it’s really quite sad. If you compare Jewish history and culture to that of Eritrea or Darfur, you’ll find more similarities than differences. Israel has the opportunity to be for these communities what the Ottoman Empire was for Jewish culture or Sweden was in the Holocaust. I don’t believe in shaming nations with a refugee identity for not doing more to help, but it would have just been so amazing if we had.

If you’re paying attention, you’ll see that the Eritrean diaspora is going to do incredible things in our lifetimes (many already have). We had the chance to help bring down dictators, and even to train the future leaders of a democratic Eritrea or Sudan. It won’t look good for Israel to have allied with dictators instead of refugees; it just can’t. I think the asylum seekers are much more resilient than we give them credit for, and I hope that if the tables turn, they will be more forgiving than we have been.

What would you like to see happen in Israel with regards to African asylum seekers?

It’s so simple. We just need a real refugee status determination (RSD) system. There are so many examples in the world that Israel can draw from, and Israel has plenty of its own experience in resettling immigrant groups. An effective RSD system evaluates claims individually or by families, is transparent as to how decisions are made, and has a judicial review processes. We shouldn’t have to do it because we’ve been persecuted as a people, but because a democratic country treats strangers the way they would want to be treated.

How has this work affected you personally?

As much as the issue can be frustrating, exhausting, and heartbreaking, I’ve also met some of the most amazing and resilient Eritean, Sudanese, and Israeli people in the process. I am so lucky to have these people in my life and to be able to call them my friends. My family has also stepped up and supported my work. My dad has been involved in a sponsorship application, and my mom has been helping with advocacy. It’s been so encouraging to have their support.

About the Author
Ben Murane is the Executive Director of the New Israel Fund of Canada and a leading voice of millennial engagement with Israel. For over 12 years, Ben has led at the intersection of Jewish life, social justice, and Israel. He previously worked for NIF’s U.S. branch, won awards for his work in Jewish environmentalism and campus life, and founded online and offline Jewish communities. In 2012, he received the prestigious Dorot Leadership Fellowship in Israel.
Comments