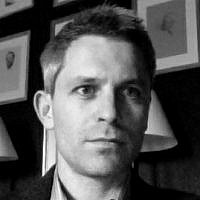 The Blogs
Shany Mor
Apply for a Blog
Advertisement
Please note that the posts on The Blogs are contributed by third parties. The opinions, facts and any media content in them are presented solely by the authors, and neither The Times of Israel nor its partners assume any responsibility for them. Please contact us in case of abuse. In case of abuse,
Report this post.

Mehdi Hasan has declared the two-state solution to the Israeli-Palestinian conflict dead. He reaches this conclusion largely by talking only to people on both sides who are opposed to two states, and by stringing together out-of-context quotes by Israeli former-establishment figures that supposedly unveil Israel’s malicious intent. Hasan’s case boils down to two arguments. First, the growth of West Bank settlements has made partitioning the land impossible.  Second, the peace process is, and always has been, a sham; the very phrase ‘peace process’ is ‘lazy’ and ‘offensive’.

The Israeli settlement enterprise, to be sure, has not been helpful to the cause of two states.  In fact, not only has it done much damage to the cause of a Palestinian state, it is increasingly clear to most Israelis that it has been profoundly damaging to the long-term prospects of a Jewish state too.  But a close look at the map and the numbers will show that the settlements have not managed to block a partition into two viable states.  At a time when the ability of the Arab states to advance a regional diplomatic solution is at a nadir, and when the Palestinian government is itself split into two territorially and ideologically distinct regimes, the settlements at their best (worst?) can only really claim a third place in the dubious ranking of obstacles.

Hasan doesn’t just ignore the internal Palestinian split, the civil wars and coups in key Arab states, and the long inglorious history of rejectionism by the Palestinian leadership.  He then projects this highly partial narrative back onto the history of the peace process itself.  ‘Between 1993 and 2000’ he writes, ‘as Palestinians and Israelis met for summits, conferences and “peace talks”, the number of settlers in the West Bank and East Jerusalem doubled.’

This sentence captures both the inexorable growth of the settlements, and thus Israel’s ostensible bad faith, and, with the help of the snigger quotes, the supposed emptiness of the peace process.

But many other things happened between 1993 and 2000.  The two sides signed a Declaration of Principles where Israel recognised the PLO and the PLO committed to amending its charter to remove calls for Israel’s destruction – a commitment it never adequately fulfilled. They signed the Paris economic agreement which has endured more or less intact, and they signed further territorial agreements in Washington, Cairo, Wye Plantation, and Sharm-e-Sheikh. , in which Israel undertook to withdraw from Gaza and Jericho (1994), six large West Bank towns (1995), most of Hebron (1997), and the Palestinians agreed to crack down on terror, end incitement, and extradite terrorists. The Israeli withdrawals happened; the Palestinian commitments in this period did not.

By the time final status talks began in 2000, though, much had happened beyond Hasan’s mere ‘summits, conferences and talks’.  The Palestinian Authority (PA) controlled land in both the West Bank and Gaza, operated an international airport, issued passports and stamps, and was in a position negotiate the establishment of a Palestinian state alongside Israel, 53 years after just such an opportunity was squandered.

Something else happened in those seven years: the first Palestinian suicide attack in Israel in April 1994.  And then the second, and the third. Twenty suicide bombings killed 158 Israelis during this period. This did much to undermine Israeli public support for further concessions. So too did the Palestinian leadership’s frequent pronouncements on jihad and the temporary, tactical nature of the accords themselves, as well as a drumbeat of Palestinian incitement against Jews and support for terrorists. The pace of suicide bombings accelerated after the collapse of negotiations in 2000, killing 500 more Israelis before Israel’s West Bank Barrier stopped them, oddly sparking more outrage from some than the bombings themselves ever did.

As for the settlements, the population of Israelis living in the West Bank (excluding East Jerusalem) did indeed grow from 67,000 in 1993 to 133,000 in 2000, but this was still much less than the increase in Palestinian population in the same period. Nothing in the Oslo Accords committed Israel to freezing construction in settlements. Both sides committed not to undertake construction that prejudiced final status talks, and both sides adhered to this occasionally in letter but rarely in spirit.

Anti-Israel activists cling to the numbers of settlers to demonstrate Israeli fecklessness in the peace process because the more relevant number of actual settlements, doesn’t bolster their case at all. While the population of settlers doubled, due in equal parts to migration and births, the number of new settlements during those years was zero according to official Israeli statistics, one according to Haaretz (in an anti-settlement exposé from 2003), and five according to Peace Now’s invaluable settlement database.  (The discrepancies result from counting new neighbourhoods and municipality splits differently.)

The settlements, moreover, do not occupy 42% of West Bank land, as Hasan asserts. The built-up areas of the settlements take up under 2%. The parts that fall outside the three large settlement blocs, which could be traded in the ‘minor land swaps’ that both the US and Arab League have endorsed, amount to 0.4%.  It is hard to accept that 0.4% of the land is enough to render a negotiated two-state solution — or any kind of two-state solution — impossible.  And it strains credulity to believe that, at 1.5%, the settlements didn’t block an agreement, but that their ‘relentless’ expansion to 2% has reshuffled the deck entirely.

Even if you choose to focus on the growth in settlement population, the fact remains that no expansion — not of land use, not of numbers of dots on the map, not of population — stopped Ehud Barak offering a Palestinian state on nearly all the West Bank in 2000. No further expansion prevented Ehud Olmert from offering the same almost eight years later. Settlers didn’t block those deals; Palestinian rejectionism did.

In 2000, the Israeli offer wasn’t just rejected; it was met with a violent uprising and a five-year terrorist assault. It is astonishing how popular the Palestinian decision to reject a viable proposal (or at least counter-offer with something better) and respond with violence was among Palestinians and the Arab world. Even with the benefit of hindsight — knowing that Palestinian rejection would not lead to better terms, and that the Palestinian death cult around suicide bombers was not only a moral cancer but brought enormous destruction to Palestinian lives — there are few pro-Palestinian voices who acknowledge this horrible mistake.

Mehdi Hasan continues this tradition. Limiting one’s interlocutors to fanatical settlers and Palestinian intellectuals who imagine that with the right combination of patience, violence, and diplomacy, the Jewish state might be dismantled, can certainly leave one pessimistic about two states.  But if one’s concern is with the welfare of the actual people on the ground and their justified national aspirations, then the two-state solution remains the only game in town.  Anything else is a recipe for another century of bloodshed.

About the Author
Dr. Shany Mor is a researcher at the Israel Democracy Institute and a research fellow at Haifa University’s Chaikin Center.
Related Topics
Related Posts
Comments