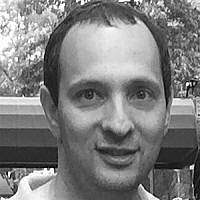 The Blogs
Brian Sher
Apply for a Blog
Please note that the posts on The Blogs are contributed by third parties. The opinions, facts and any media content in them are presented solely by the authors, and neither The Times of Israel nor its partners assume any responsibility for them. Please contact us in case of abuse. In case of abuse,
Report this post.

Lately, much has been said and written about the sense of estrangement that the American Jewry feels toward Israel. I would like to add my thoughts on this phenomenon.

As an ex-Soviet Jew living in America for the past quarter century, one thing that always baffled me is the way American Jews view themselves. In the Soviet Union, a Jew was a Jew. A Jew was not a Russian, Uzbek or a Ukrainian. Perhaps because of pervasive Soviet Anti-Semitism or maybe in spite of it, most Jews viewed themselves as a separate ethnic group. That was the case despite the fact that over 90%, or perhaps 95% percent of Soviet Jews knew next to nothing about Judaism or traditions.Only when I came to America, did people begin referring to me as “Russian”- the label that I have always resisted.

American Jews are different. With the exception of Orthodox and traditional Jews, many American Jews do not necessarily view themselves as members of a distinct ethnicity. Instead, they perceive their Jewishness as nothing more than the religion itself, despite the fact that many keep little by way of Judaism. Many American Jews view themselves as Americans of Jewish religious persuasion, which translates to trips to a local temple twice a year, occasional Shabbat dinner and Hanukkah, and perhaps a Passover seder or two. That, my friends, is one of the primary reasons why American Jews are becoming more and more estranged from the State of Israel.

I submit that this state of affairs is not due to Israel’s real or perceived blunders, but due solely to the way American Jews view themselves in this great country.  To put it simply, we have lost Jewish ethnic pride. We forgot what it is like to belong to a distinct people and we have lost that sense of affinity for one another. Jews are members of a separate ethno-national group, a group with roots in the Land of Israel. Many American Jews, especially younger generations, do not feel that they belong to a distinct people.

So why is it bad? Well, because once you lose your sense of identity and forget who you are, you no longer care, or you care less about important Jewish issues. If a young American Jew views her Israeli counterpart as merely a “co-religionist” rather than another member of the same “tribe”, she simply will not have the same sense of attachment toward other Jews or to Israel, which eventually becomes “just another country with problems.”  The famous Talmudic teaching of “kol Israel arevim ze la ze” (“all of Israel is responsible for one another”) is fast losing any meaning for many Jews in the American Diaspora.

I would also argue that one of the causes of staggering rates of assimilation and intermarriage is that same loss of ethnic identity. Once you view your Jewishness as just a religion, which is rarely practiced and of which you know very little, why should marrying a Jew be important?  Why should you care if Jewish people survive? Why should you care if Israel survives? Add this lack of ethnic identity to a lack of meaningful Jewish education, and you have a toxic recipe that is chipping away at the second largest segment of the world Jewry.  We are losing Jews because many of them don’t even think of themselves as part of a distinct nation.

For thousands of years, we Jews considered ourselves to be part of the same nation. We were one people, with one religion. Whether religious or atheist, learned or not, rich or poor, most Jews did not consider themselves as Russian, French, Moroccan or British first. They thought of themselves as Jews first. They were loyal citizens of their host countries, yet they maintained a sense of separate Jewish ethnic identity.  American Jewry is different. Many think of themselves as Americans who just happen to practice Judaism. While that definition might sound more patriotic, and in line with the current liberal dogma which has no room for “tribal nationalism”, it spells disaster for Israel and for the Jewish people as a whole.  There is still hope for the American Jewry. American Jewish organizations and Israel have to invest significant resources into meaningful Jewish education and help American Jews redefine who we are as a group. We are Jews, first and foremost. Yes, we are also loyal Americans, but without this sense of a separate ethnic and religious identity, we will simply “melt away” in the great American melting pot.

About the Author
Brian Sher is an ex-Soviet Jew, originally from Uzbekistan, living in the American suburbia for the past 25 years. In his blog, he shares his sometimes unconventional views on Jews, Judaism, Israel, and History.
Comments