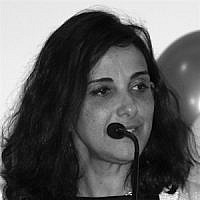 In the past two weeks, I have been entranced by this Broadway musical, which has been a smashing success since December 2016 when it was first released and won 11 Grammys. Some of my friends know it by heart.  My dear friend hosted a Seder inspired by the musical. My own kids have been singing it for a straight year now and begged me to listen to it. So when I finally inserted the disk in the car last week I was not surprised that 10 minutes later I was hooked.  Lin Manuel Miranda was able to bring to life a man whose legacy is long forgotten for many, Alexander Hamilton. A very brave and important man who couldn’t plan his legacy for future generations because he died too young while building this country. The rhythms and the bold strong words in rap-singing style catches your ears and heart off guard pretty much in the first song. The story of this tenacious young man who will not throw away his ‘shot’ for government and power, despite the fact that he does not carry family pedagogy or money is quite a tale of heroism and bravery. The fascinating fight for freedom and true leadership that Hamilton exemplifies can’t leave anyone indifferent, including very young audiences. My daughter is nine and she can sing most of it.

My fascination with American history has been growing ever since I swore my oath at the American courthouse in Pittsburgh and become an American. This powerful democracy, the leader of the free world, didn’t always have it together. It had many ups and downs and fighting was never a spice that was missing from the American stew. American democracy is not perfect and that fact alone gives other democracies hope. Democratic procedures, ideals of freedom are not easy to carve or mold and the pain that it takes to get there is necessary for growth. The line that keeps repeating in the play: “because just like my country I am young, scrappy and hungry and I am not throwing away my shot!” With complete pleasure, the listener gets to learn about the challenges and obstacles that paved the way to the writings of the Federal Papers, which Hamilton himself wrote fifty-one of them.

As someone who was born almost 200 years after the American Revolution in a 21-year democracy across the Atlantic Ocean on the Mediterranean shores, I feel that there is much to learn from American history. Israel my country of birth (Moledet) is still struggling to define its own democracy, its social nature, and its boundaries. This struggle encompasses the freedom of religion, pluralism, and the need to protect the character of a Jewish moral society in the face of radical elements that exist in Israel’s culture, society and borders.  Founded only on ten founding laws and its declaration of independence, many Israelis are trying to advocate for a solid constitution for this 69 years old democracy, but have yet to succeed. We need an Alexander Hamilton, who will not stop writing and debating until the Israeli democracy will lose its fragility to a solid democracy.

Fighting for freedom from the British crown, fighting for the abolishment of slavery, fighting against global communist powers, and joining two world wars; American history, just like Hamilton, takes pride in fighting for what they believe is right. Part of the beauty of Hamilton’s story is the strife between Alexander Hamilton and Aaron Burr who did not see eye to eye on many issues; fighting strategies, setting up the American financial federal system, or supporting the French in their war against England. The story keeps emphasizing the difference between the two rivals who started as two orphans, later colleagues and ended up political rivals who ended the story in tragedy. Hamilton will fight for his ideas while Burr will never reveal what he really believes in, apart from his own success. Burr will bend for success, while Hamilton will die for what he thinks is right.

All this happens during the American Revolution when thousands are dying and there is uncertainty everywhere, yet the Schuyler sisters sing: “Look around, look around how lucky we are to be alive right now – in the greatest city in the world.”  This, of course, refers to Manhattan in 1776, what is amazing to me is that this statement, like the American Constitution, still holds truth today. Manhattan is still the greatest city in the world and American democracy is still going strong. The American history book has good and bad pages and Hamilton has definitely an important and a bright chapter in it. Two Hundred and Forty One years later we can use his story for inspiration of great ideals, now that’s a legacy, Eliza!  Not to mention the $1280 for a ticket to experience its splendor.

About the Author
American-Israeli who lived in the US for the past 20 years. Nitsa is passionate about advancing democratic values, religious pluralism, and tolerance in Israel. Growing up amidst the Israeli-Palestinian struggle and four wars left profound mark on her life. Nitsa believes that women have to be an instrumental part of any peace process. She believes that a key to secure peace and prosperity in any country is having women leadership in civil societies. She has been instrumental in bringing Israeli public figures to enhance American understanding of the Israeli perspective.
Comments