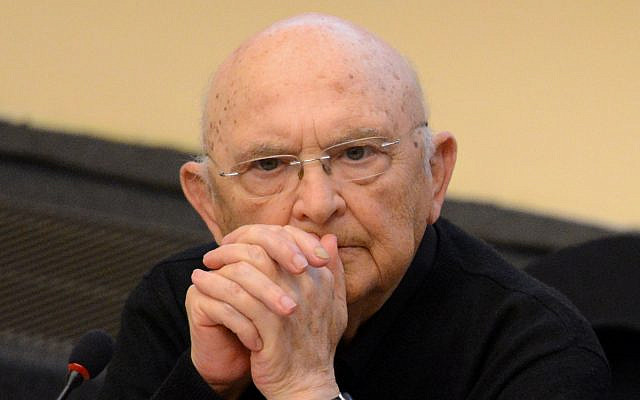 The beloved woman of my boyhood was my maternal grandmother Dora – or, as I lovingly knew her, “Granny.” Because she lived in Philadelphia (where I was born), and my parents and I (their only child) lived in New York, visits to Granny were a special treat. The more so since her embracing love was expressed in a special way. The apartment she shared with my grandfather, a silent man who had worked at home as a tailor, opened into their pharmacy. To my delight it also had an ice cream and soda fountain.

I was permitted to sell penny candy to neighborhood children, who viewed my privilege with undisguised envy. At the end of the day, once the store emptied, I was allowed to make my own ice cream treat, a sweet reminder of my Granny’s love. The sorrow of my boyhood was her sudden death from a heart attack when I was nine years old. Seventy-five years later her photograph, and the beautiful samovar she brought with her from Odessa, are reminders of her love.

For some unknown reason – perhaps their shared childhoods in eastern European ghettos – memories were sparked as I reread Aharon Appelfeld’s The Story of a Life, a stunning, fascinating and tragic recounting of his boyhood in Czernowitz (Romania). He and his father survived a forced march to a Ukrainian concentration camp, from which he miraculously escaped. Nine years old, he lived in solitude, hiding in Ukrainian forests and identifying himself as an orphaned Gentile to survive.

When World War II ended he spent time in a refugee camp before arriving in Palestine where, after working on a kibbutz and serving in the IDF, he eventually launched his career as a writer. Twenty years later he met his father, another Holocaust survivor who, unknown to his son, had also made his way to the promised land.

Decades later I visited my closest Israeli friend, and for a year my colleague at Tel Aviv University, who was spending his sabbatical year in a nearby Boston suburb. One evening, amid a noisy gathering in Haggai’s living room, I noticed a man seated alone, distanced from everyone, silent. Hesitating, I sat in the empty chair next to him; after several minutes, at my initiative, Aharon Appelfeld and I exchanged a few words. Then we remained silently alone together until it was time for me to leave. He subsequently wrote: “Speech does not come easily to men and it’s no wonder; we didn’t speak during the war.” His preference for “small, quiet words” endured.

I never saw Aharon Appelfeld again, but nearly four decades later my memory of our encounter, and our shared silence, remains vividly embedded. To rekindle that experience I periodically reread The Story of a Life, his poignant retelling of his boyhood years, escape from a Nazi camp when he was nine years old, and solitary life for months in a forest following paths that he hoped would lead to his parents but never did. There he learned to be “silent and alert.”

I was fascinated by Appelfeld’s recounting of the struggles and rewards of his subsequent life in Jerusalem (where I twice lived for a year, a decade apart). There he struggled “to connect precious childhood memories with a new life.” He would “spend hours in the religious neighborhoods of Jerusalem, in the small synagogues of Me’ah She’arim and Sha’arei Hessed.”

Outside the Old City these were my favorite neighborhoods for exploration. They were Haredi Orthodox enclaves, so foreign – yet intriguing – to my American-bred Jewish identity of assimilation, which left no place for religious observance. We never crossed paths, but in one of my favorite downtown cafe’s I once spotted him sitting in a far corner, immersed in writing. I knew better than to interrupt him.

Until his death two years ago Applefeld remained “a man who carries within him the child of war, who finds talking difficult and tries to speak with a minimum amount of words.” He could never elude “the loss of his home, the loss of his language, suspicion, fear, the inhibitions of speech, the feelings of alienation in a foreign country.”

In Appelfeld I found a companion in self-imposed solitude where exploration through writing can provide enduring fulfillment. I like to believe that written words are no less important, can penetrate more deeply and are far more enduring than spoken words. In his writing, and even in his silence, Aharon Appelfeld helped me to understand that. He knew, and demonstrated, that silence can speak eloquently.

Jerold S. Auerbach is the author of twelve books, most recently Print to Fit: The New York Times, Zionism and Israel, 1896-2016, selected for Mosaic by Ruth Wisse and Martin Kramer as a Best Book for 2019