Several years ago, I was at the home of friends of mine, and after dinner I stayed while they put their toddler to bed. They had a whole involved routine, including songs, books, and more. As my friends were singing songs to their child, some of which were unfamiliar to me, one of them turned and asked me, what songs did your parents sing to you as a child? I drew a blank. I knew that they had sung many songs to me, and that as I grew older we sang many songs together, but I could barely think of a single one.

Well, fast forward a few years, now I have my own child, and it amazes me how many songs have been popping into my head all the time, songs I haven’t sung or heard or even thought of in many many years. Something about hearing and singing children’s songs has just opened up that part of my mind that I haven’t accessed for a long time. I never know what thought or feeling or action might trigger a memory, and suddenly there I am, singing to my daughter a song that I didn’t remember that I remembered! 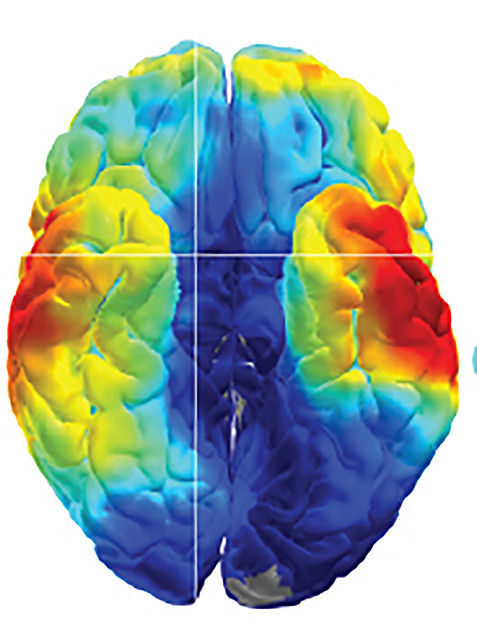 Many neuroscientists think that the storage capacity of our long-term memory is basically infinite. And before you jump in and ask how that can possibly be, well, one answer to that is that while we may store an enormous amount of information, the challenging task for our brains is to access those memories. The more often we attempt to retrieve a memory, the easier it is to find that information next time we want it. So once I started retrieving my memories of childhood songs, the rest of them were suddenly easier to find.

Today is Shabbat Zachor, the Shabbat of Memory, which is always the Shabbat immediately before Purim. Whichever parashah of the week we read on this day, we always read a special maftir portion from Deuteronomy that reminds us of the mitzvah to remember what Amalek did to us, the nation that preyed on us when we traveled through the wilderness, the nation of which Haman, we are told in the megillah, was a member. We’re reminded always to remember, never to forget.

We demonstrate our commitment to memory by reading a text that brings it to our consciousness. We consciously reinforce those neural pathways to make sure that we will always be able to find this story in our long-term memory. Now, obviously our tradition considers this story to be important, but what is it about the idea of memory itself that leads us to name this Shabbat after it?

Orit Avnery, an Israeli Bible scholar, wrote a fascinating article about the role of memory in the Purim story. 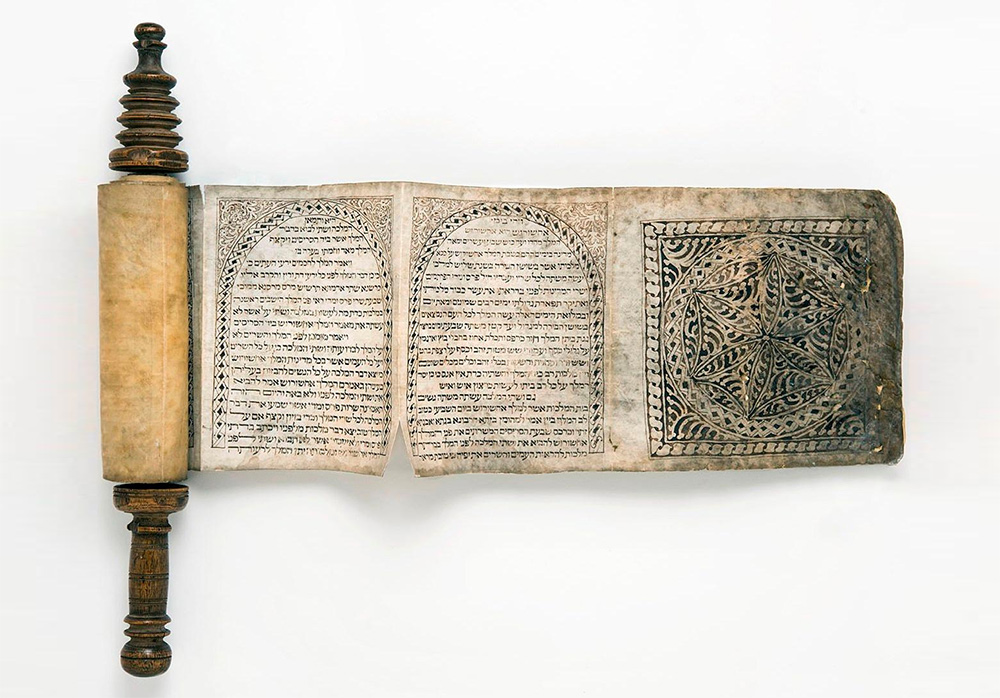 The word for “remember” in Hebrew, “Zachor,” appears in three places in the megillah, once at the beginning, once in the middle, once at the end. Each of those moments is a pivotal moment, a moment that helps determine the fate of the Jews. By examining these three appearances, we can learn a lot about memory and its uses.

It first appears at the beginning of chapter 2:  “Some time afterward, when the anger of King Ahasuerus had subsided, he remembered Vashti, and what she had done, and what had been decreed against her.”

As a result of this memory, Ahashverosh decides to find a new Queen, and ultimately picks Esther, thus putting her in the situation where she will be able to save her people.

Memory again occurs in the middle of the megillah in the pivotal scene of the book, Chapter 6, when the king asks for the book of Memories to be read to him to help him sleep. Unexpectedly, instead of helping the king sleep, the memories in that book propel him to action. When he realizes that Mordechai was never rewarded for saving the king’s life, Ahashverosh acts quickly to honor Mordechai, inadvertently beginning the process of subverting Haman’s plans.

And finally, memory occurs at the end, in chapter 9, verse 28: “Consequently, these days [of Purim] are remembered and observed in every generation: by every family, every province and every city. And the memory of them shall never perish among their descendants.”

Memory is the key to each of these turning points in the megillah. It’s the key to the transformation of the story from a tragedy to a comedy, and it’s the key that allows the king, Mordechai, and Esther, to each gain agency and have some control over the course of events. But what is it that allows memory to serve this role?

Let’s step back.  There’s one kind of memory — a kind that should be familiar to all of us — that is absent from the book, even though we’d really expect it to be there, namely, Jewish memory. 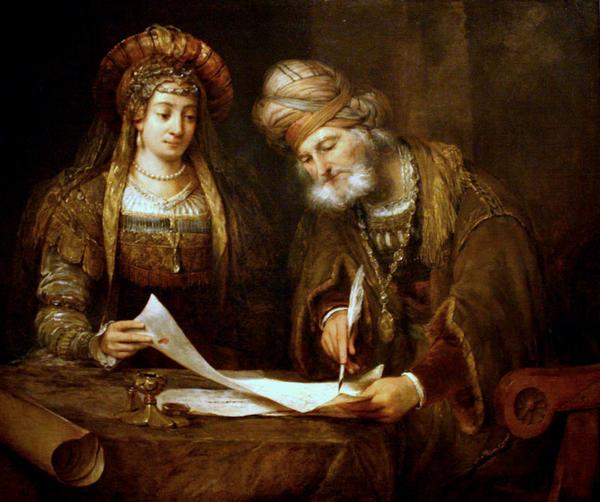 Dr. Avnery points out that Jewish memory is virtually absent in the book. Although Mordechai and Esther both identify as Jewish, they don’t have any markers of Jewish cultural or religious identity. We see it in their names: Their names are the names of Persian gods – Mordechai’s name recalls the god Marduk, and Esther’s the goddess Ishtar. We see it in their food: In contrast to the book of Daniel, which explicitly tells us that Daniel and his friends refuse to eat non-kosher food, the book of Esther makes no mention of the kashrut of food being any source of concern for Esther while she is living in the king’s palace. We see it in Esther’s marriage: Whereas other biblical characters are extremely concerned that their children should marry within the Jewish family, nothing is mentioned here about any particular resistance or discomfort by anyone with the fact that Esther is marrying outside her faith. We see it in the lack of prayer: Usually in the bible, when people fast, they fast and pray, but here in the book of Esther, when Esther and the Jews fast prior to Esther approaching the king, there is no mention of prayer. We see it in the absence of a connection to the land of Israel. Although Israel, or Yehud, was one of the provinces over which Ahashverosh reigned, it is never mentioned in the megillah. Ironically, the only time that Ahashverosh is mentioned in a different biblical book, the book of Ezra and Nehemiah, it is in relation to his ruling over Yehud, so its absence here seems even more notable. We see it in the lack of holiday observances: Esther’s fast, which she undertook to prepare her to approach the king, took place on Passover! And yet, there is no mention of the holiday in the megillah. And to top it all off, mention of God is entirely absent from the megillah.

So explicit markers of Jewish memory are missing. On the other hand, there is, under the surface, a hidden layer of memory.  Avnery shows that many episodes in the book, in fact, remind us of things that happen elsewhere in the Bible.

To give just a small sample of the many parallels that have been identified: The abduction of Esther among the women for the palace alludes to stories in Genesis about Sarah’s abduction by foreign kings. Mordechai reminds us of Joseph: they both refuse to violate their principles, and both end up as viziers in a foreign court. Both Esther and Moses were adopted, both brought into the household of a foreign king, both save the Israelites from an existential crisis, both stories end with immense victories on their side and yearly festivals commemorating them (exactly one month apart).

Thus, the book of Esther as a whole is a book of remembrances — under the surface.

These allusions contrast sharply with the content, where all but the sparsest allusions to Jewish values and practices are entirely absent.

Why? What is this story trying to show us about memory? 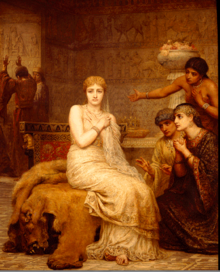 In the first place, we are told that Ahasuerus remembered what was done to Vashti, but the action is described in the passive form, almost as if he had nothing to do with it, and the subject of the verb “to do” is Vashti herself. The king does not see himself as having responsibility for his actions, and in fact seems to mostly do whatever his advisors suggest.

In the second case, the king is passive at the beginning. The book is read by his servants. Events are found to be written there. Yet, once he hears about Mordechai saving him, the king says, “What honor or advancement has been done for Mordechai?” The servants tell him “Nothing has been done for him.” (Esther 6:3)

And so he acts.

“Consequently, these days are remembered and observed in every generation: by every family, every province, and every city. And these days of Purim shall never cease among the Jews, and the memory of them shall never perish among their descendants.” (Esther 9:28)

How is it that the memory doesn’t disappear? Because things are done.

The lesson is straightforward: Memory has the potential to lead to action, but in order for that action to have a positive impact, the person acting must be intentional, with consciousness of the consequences of their behavior.

Throughout the Megillah, Mordechai and Esther remember that they are Jews. After all, Esther intentionally hides her Jewish name and identity, and the very reason that Haman wants to kill the Jews is because he knows that Mordechai is Jewish. However, that memory of their Jewish identity generally doesn’t lead them to act any differently from anyone else. Until the end. In setting up a yearly celebration to remember the story of Purim, Mordechai and Esther seem to recognize that memory and action need to be paired together in order to be effective. They therefore set up rituals for us to do, every year, to make sure we remember– and to act on our memories.

Shabbat Zakhor calls upon us to remember the existence of evil, embodied in the character of Amalek, and to do something about it. Memory impacts us whether we are conscious of it or not – but when we are, we are able to make decisions, and to create a future that is different from the past. When we look at the world around us, many of us may fear seeing history repeating itself.  Having those memories is important– but so is what we do about it.