In the Book of Daniel, Babylonian king Belshazzar was enjoying a feast when suddenly the fingers of a man appeared and wrote on the wall of the king’s palace “Mene, Mene, Tekel, Upharsin”.

Translation: God has numbered your kingdom and finished it; you have been weighed in the balances, and found wanting; your kingdom has been divided, and given to the Medes and Persians. (Daniel 5:26).

The Medes are modern day Kurds and Persia is of course Iran.

Is this replaying now in Syria and Iraq?

Iraq is now divided into three parts with Kurds and Iranians fighting together, and Russia is certainly scattering various Salafist jihadi groups in Syria including Al Qaeda in Syria (Al Nusra) and Al Qaeda in Iraq (ISIS). For several years they have desecrated Syrian and Iraqi Christian sites and massacred Christians, now further reinforced by Turkey, Qatar and Saudi Arabia.

Meanwhile the West watches silently, even as Western governments are indirectly sponsoring Christian genocide by backing these “moderate rebels.”

As the Christians cry out, it appears their god has heard their cries. Stirred up in wrath, the God of Abraham, Issac and Jacob is thundering down and sending their enemies scurrying.

“The LORD thundered from heaven,

And the Most High uttered His voice,

Hailstones and coals of fire.

He sent out His arrows and

Indeed, ISIS, Al Nusra and their relatives are being pierced by Russian cruise missiles “arrows” and “lightnings” jet fighters. These jihadists are scattering, and on their way to being vanquished.

Now as Russia sets up a standard against the waves of Islamists’ persecution of Syrian Christians, one ponders whether this is a coincidence, or divine intervention by their god who heard their cries and prayers?

Franklin Graham, son of Reverend Billy Graham, observed that Russian airstrikes “may actually save the lives of Christians in the Middle East” and prevent a bloodbath.  In an interview with Newsmax TV, he noted that “the Syrian government for their good and for their bad over the history of this country, they have protected Christians, they have protected minorities from the Islamists …so Russia right now, I see their presence as helping to save the lives of Christians.”

Indeed, Huffington Post last week featured a Christian wedding in Damascus that captured the spirit and hope of Syrian Christians, who are still safe in Assad controlled territories. Where Assad’s forces have lost control to the Islamists, death and crucifixion is the fate of Syrian Christians.

This makes one ponder why did Assad’s regime survive so long when intelligence officials and pundits predicted his quick fall three years ago. Is there some reason why he lasted so long, and that ironically he ends up being the one protecting Syrian Christians as well as Iraqi Christians who fled from ISIS to Syria?

A possible revelation may be traced back to Monday, 2 March 2009 when an incredible event took place in Damascus.

Over 1,100 senior Syrian government officials, journalists, business leaders, and Muslim clerics watched the film “Damascus,” about the life of the biblical Apostle Paul. Written, produced and directed entirely by Syrian Protestant Christians in cooperation with US Christian groups, the film was described as a “tool for evangelism” which “clearly reflects the Gospel.” 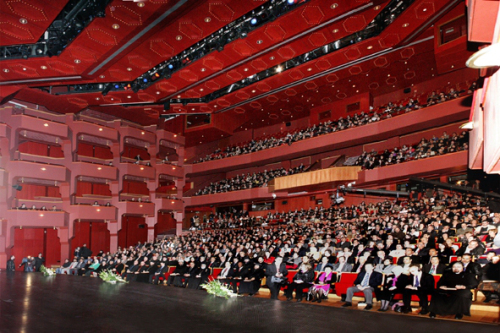 Premier of the Christian film “Damascus” at the Syrian Opera House, 2 march 2009

Joel Rosenberg, the film’s adviser and former communications strategist for PM Netanyahu, said Assad was very moved after seeing the film. Amazed at the history of Damascus and its centrality in Christianity, he decided more Syrians should view the film and understand their own lineage.

Assad then proceeded to provide the facilities and funding, and premiered the film in the Damascus Opera House. Hosted and narrated by one of the most well-known Syrian TV newscasters to explain the historic events of Paul’s life in Damascus, the film received coverage from a dozen television networks, street reviews, was advertised on huge billboards in public places viewed by at least one million people daily. Rosenberg marveled at this miraculous event that “it’s almost unimaginable” this took place in Syria, a predominantly Islamic country.

One wonders if the film has something to do with Assad’s stance in protecting the Syrian Christians and minorities from Islamists.

Writing then, two years before the Arab Spring erupted in 2011, Rosenberg made a prescient observation on the prophetic significance of the event and what would unfold years later as Syria descended into a bloody civil war. “It is especially noteworthy given two Bible prophecies – one in Isaiah 17 and the other in Jeremiah 49 – that suggest the city of Damascus will be obliterated in what the Bible calls ‘last days’”.

The verse he referenced in Isaiah 17:1 writes, “Behold, Damascus will cease from being a city, and it will be a ruinous heap.” Indeed Rosenberg’s observation appear eerily prophetic as now after years of Syrian jihad by ISIS and other Al Qaeda groups, a war-torn Syria has been steadily turning into a ruinous heap. 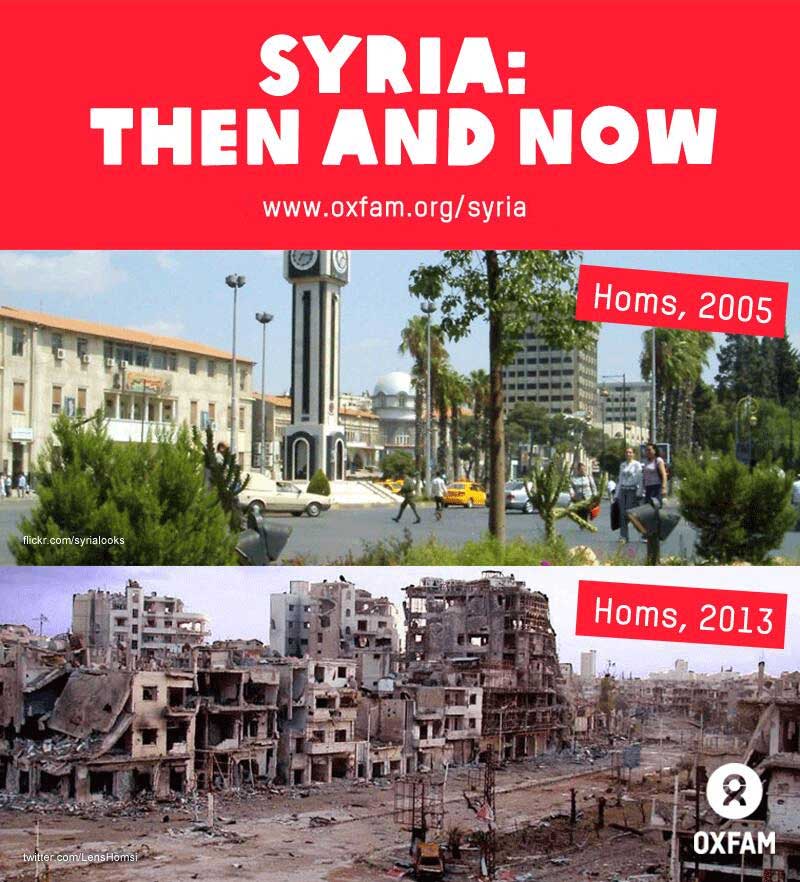 As for the warnings from the writings on the wall, the Syrian Christians—as profiled in the Huffington Post article—can only continue to pray and hope that the Babylonian jihadists’ days are numbered, as well as those of their sponsors.