The Blogs
Diane Weber Bederman
Apply for a Blog
Please note that the posts on The Blogs are contributed by third parties. The opinions, facts and any media content in them are presented solely by the authors, and neither The Times of Israel nor its partners assume any responsibility for them. Please contact us in case of abuse. In case of abuse,
Report this post.

I write about mental illness  because I have one. I am third generation. I am named for my paternal grandmother, Devorah, and she had depression as did my father. I was diagnosed in my late 40’s with chronic recurrent depression. That means that there are times when everything is “tickety-boo” and others that are very dark. I was diagnosed when I was suicidal.

The upside is that according to my psychiatrist at the time, I was one mere check- mark away from being diagnosed manic depressive. I still have moments of jubilant, blissful joy.

Mental illness affects approximately 20-25% of the population. Either number is frightening. New research indicates that mental illness has genetic components and epigenetic causes; markers that can profoundly affect behavior. A modern version of nature/nurture-or in the old days-it’s your mother’s fault!

Epigenetics deals with the concept of switches that turn our genes on and off. The environment plays a role-from in the uterus to personal life experiences. For example, I come from a family history of depression and anxiety. My life experiences -from getting lost when I was 4 at the CNE-at one-time Canada’s largest exhibition(hundreds of thousands of people there on any given day), to an unexpected life-threatening condition as a result of a medical error, along with major changes in my personal life, flicked a switch.  Perhaps if those events had not taken place, my switches would not have been activated.

I did a quick Google search looking for studies on the frequency of Jewish mental illness versus the rest of the world.

There have been several studies  requesting volunteers from the Ashkenazi community to help scientists understand the biological basis for schizophrenia and bipolar disorder.

Yeshiva University Prof. Rabbi Moshe Tendler, a medical ethicist, has expressed concerns about studies  focusing only on Ashkenazi Jews. He’s stated that genetic studies will reawaken the idea that “Jews carry genes that are polluting the world. That’s the basis of eugenics. If you have a ‘disease’ gene, don’t you owe it to society not to propagate that gene?”

The Johns Hopkins program explained: “Due to a long history of marriage within the faith, which extends back thousands of years, the Jewish community has emerged from a limited number of ancestors and has a similar genetic makeup. This allows researchers to more easily perform genetic studies and locate disease-causing genes.”

Results of the studies:Scientists  estimate the incidence of schizophrenia in the Ashkenazi Jewish population to be no higher than that of the general population (about one percent)

But I can understand Professor Tendler’s fears. Here’s a piece of “research” from Dr. Arnold Hutschnecker (the long-time psychiatrist of Richard Nixon, a tad anti-Semitic himself).

“The world would be more compassionate towards the Jews if it was generally realized that Jews are not responsible for their condition. Schizophrenia is the fact that creates in Jews a compulsive desire for persecution.

1. While Jews attack non-Jewish Americans for racism, Israel is  the most racist country in the world.

2. The world would be more compassionate towards the Jews if it was generally realized that Jews are not responsible for their condition. Schizophrenia is the fact that creates in Jews a compulsive desire for persecution.

3. The Jew hopes that you retaliate in kind and when you do he can tell himself you are anti-Semitic.

4. The incidence of mental illness has increased in the United States in direct proportion to the increase in the Jewish population. In 1900 there were 1.06 million Jews in United States with 62,112 American confined to public mental hospitals. In 1970 the Jewish population increased to 5.87 million (an increase of 454.8%) with 339,027 Americans hospitalized for mental disease.

“There is no doubt in my mind,” Dr. Hutschnecker said, “that Jews have infected the American people with schizophrenia. Jews are carriers of the disease and it will reach epidemic proportions unless science develops a vaccine to counteract it.”

Real scientists say we don’t carry more mental illness than others. I won’t argue with that.

I try never to base an opinion on feeling-but, I feel more at home, here, so I am going to write a very rare opinion based on my “feelings.”

Does it actually sound all that odd that the Jews could have a greater incidence of mental illness? When I check to verify the extraordinary comments by Hutschnecker, I am on sites that are not Jewish-friendly. Did this man say these things? That they are said and repeated especially amongst those who hate us is my point.We’ve had about 2000 years of being hated by Catholics and then Protestants for killing Christ, played out in persecutions, pogroms, expulsions, mass murder( Although for decades Popes have said that this has got to stop, it takes time for the internalized, often unconscious, hate to go away).

Then along comes Islamic hate.

And  we are blessed with our own home-grown Jewish detractors of Jews, like Canadians Naomi Klein and Judy Rebick- one of the more radical professors at Ryerson University in Toronto, and Noam Chomsky.

There are 7 billion people on the planet. 14 million are Jews-and apparently we are still the greatest cause of tsuris, everywhere.

And people wonder why we are depressed, anxious and perhaps a tad paranoid?

About the Author
Diane Weber Bederman is a multi-faith, hospital trained chaplain who lives in Ontario, Canada, just outside Toronto; She has a background in science and the humanities and writes about religion in the public square and mental illness on her blog: The Middle Ground:The Agora of the 21st Century. She is a regular contributor to Convivium: Faith in our Community. "
Comments 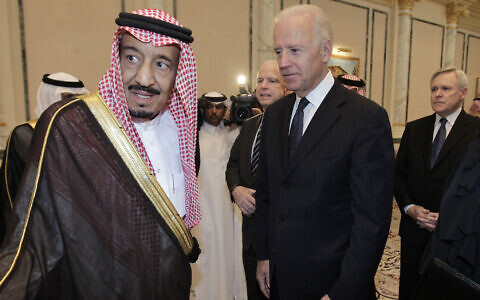 As Biden weighs human rights and security in Mideast, some see peril for Israel
Lazar Berman 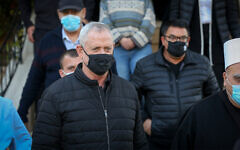 Gantz says hundreds of Israelis, himself included, could be in ICC’s crosshairs
TOI staff 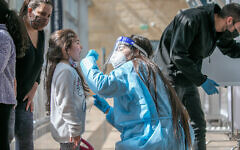