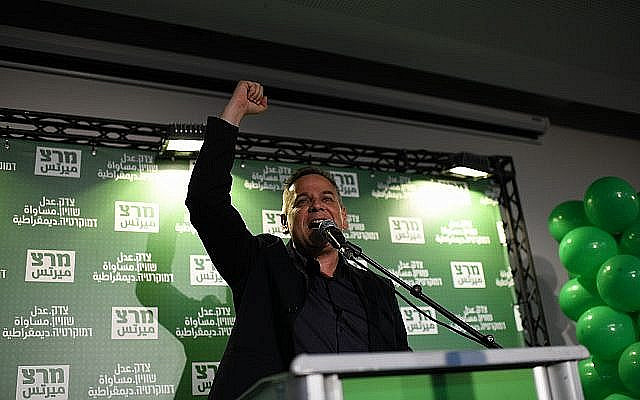 During the negotiations over the formation of the 36th Israeli Government, Meretz Chair Nitzan Horowitz and other members of the party leadership repeatedly stated that although difficult compromises would lie ahead, they would never abandon the core principles of Meretz’s ideology. Those statements are being put to the test with the controversy over the extension of the Citizenship and Entry Into Israel law.

In 2012, the High Court of Justice ruled against the petition submitted by then Meretz MK Zehava Galon along with Adalah, the Legal Center for Arab Minority Rights in Israel, to overturn the citizenship law. By a close vote of six against five, the justices recognized the right to family life as a fundamental human right but saw no need to apply it in the case of unification of Palestinian families from opposite sides of the Green Line. Basically, the justices who voted to uphold the law recognized a couple’s constitutional right to live together but added that this does not necessarily require that they make their home in Israel. In other words, Israeli Palestinians were told that they are entitled to equality, but they should seek it elsewhere.  At the time, Galon called the court decision “a stain on Israel’s law books.”

Almost a decade has passed since that ruling. In that time, Meretz has stood firm in its opposition to the extension of the law, which comes up annually because the contentious law is still defined as a “temporary order” since its first passage in 2003.

In its 2021 platform, Meretz declared that it will “act to stop the distinction between citizens and those who are not citizens in everything related to preserving human rights.”  This statement could easily have been written with the family unification law in mind, as it is typically applied in cases where a Palestinian citizen of Israel applies for citizenship on behalf of a Palestinian spouse living in the occupied territories. Much has been written about the discriminatory nature of the law, the untenable situations of parents, spouses, and children who are adrift in statelessness because of it, and its proponents’ objective of maintaining the “demographic advantage” held by Jewish Israelis rather than protecting their security; therefore, there is no need to go into lengthy explanations about Meretz’s opposition to the law.  What does require scrutiny is the position Meretz is adopting in its new role as a member of the coalition.

There’s Something Other Than Security Behind Israel’s Citizenship Law

Over the past week, almost every newscast has featured an item about the efforts underway to find a compromise that will enable the Ra’am (United Arab List) party to support the passage of the law. Scattered within these reports are mentions of statements by Minister Esawi Freij and MK Mossi Raz saying that they cannot support the law, but to date there has been no unequivocal commitment from the Meretz leadership that the entire faction will vote against this deplorable law.

Addressing the party General Assembly prior to its endorsement of the coalition agreement, Nitzan Horowitz declared that the party would remain true to its beliefs and that its mission is to be a principal partner in leading the country. Meretz is now being challenged to stand by that declaration.

Prior to entering the government, Horowitz made it clear to his constituents that he would not be able to advance every issue his party holds dear, but at the same time, he promised not to do anything that involves trampling Meretz’s fundamental values. The vote on the family unification law will be seen as an expression of these values, and cowardly abstention will not cut the mustard. Perhaps one needs to remind newly elected MK Gaby Lasky of her 2018 interview to Jewish Currents in which she said that “the antidemocratic legislation (in Israel) has been gradual, but the change back has to happen all at once.” Meretz is now facing its first opportunity as a member of the government to make that change.

About the Author
Susie Becher is Managing Editor of the Palestine-Israel Journal, a collaborative quarterly published in Jerusalem; is Communications Director of the Policy Working Group, a team of senior academics, former diplomats, human rights defenders, and media experts who advocate for an end to the occupation and a resolution of the Israeli-Palestinian conflict; and serves on the Steering Committee of Zulat, an activist think tank advocating for human rights and equality in Israel.
Related Topics
Related Posts
Comments
Advertisement