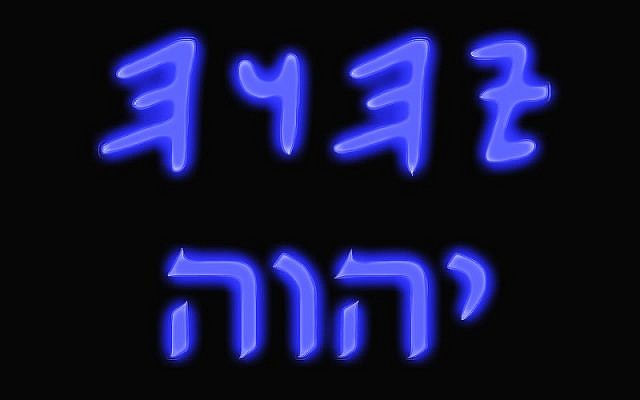 Welcome to the seventh installment of my blog about biblical gematria, the Merkabah and the birth of the Alephbet.  Today I want to discuss the gematria of the Holy Name and why it was such a unifying monotheistic engine in ancient times, as well as asking “Where does the holy name come from?”  And “What do the letters Yod Heh Vav Heh actually stand for?”

At first glance there doesn’t appear to be much to the name.  It’s only 4 letters long, has a value of 26, and it first appears in verse 2:4 of Genesis.  It’s when we start to consider the significance of the name to the Wheel of the Chariot that things get interesting… 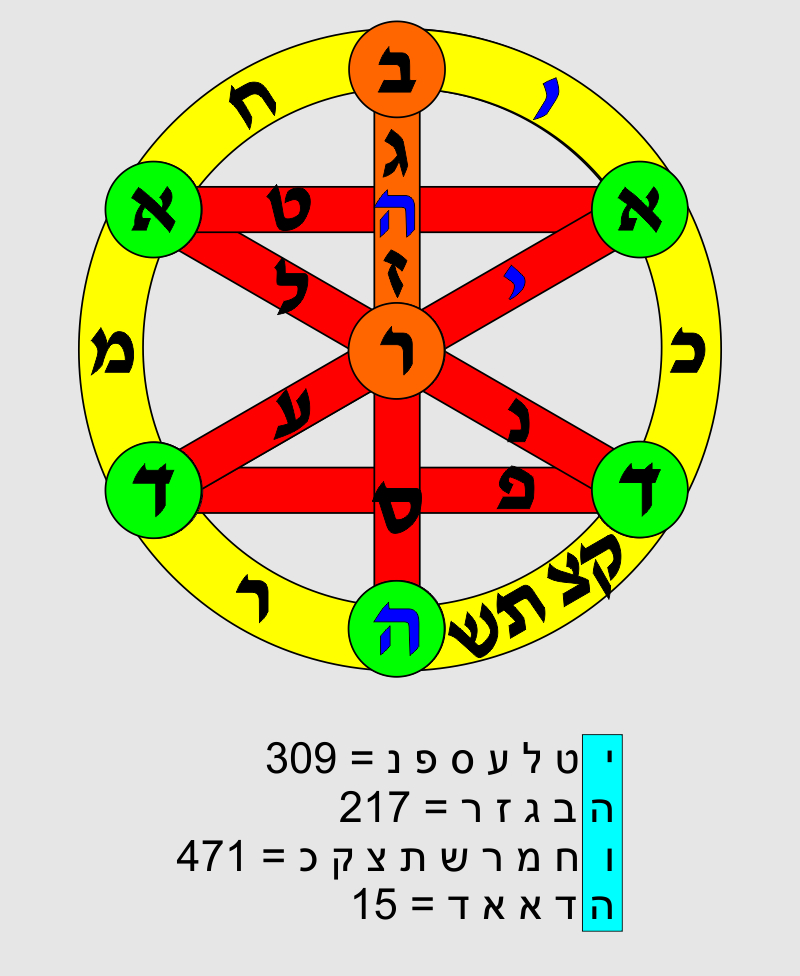 By using the letters of the name as an acronym, the wheel can be divided into 4 sections;

Yod for the inner paths
Heh for the sanctuary
Vav for the paths of the circumference
Heh for the remaining palaces.

This gives us a grand total of 1,012 for all the letters.  When all the numbers of the middle column (282 without ‎using gates) are removed from the total number of 1012 ‎for the entire wheel this leaves 730 and also splits the ‎wheel into two sections. 730 /2 = 365 days.  Those of you who read my last blog may realize that עזרה “The Court” of the Temple of Solomon has a value of 282, and עזרה “The Court” 282 minus the היכל “Heichal” 65 = 217, so we can see a correspondence between the Palaces and the Temple appearing here, and to go a little further in their direction we might draw your attention to these calculations;

With the wheel of the Chariot we find the number 31 for אל as the basis for everything, but the Holy Name stands for literally everything in the Heavens and the Earth; it is God and all creation unified in four interlocking parts of the cosmos.

So where are we going with this?  Well the ancients must have been astonished to learn that this beautiful arrangement of numbers on the wheel bears a relationship with (יהוה אלהים (112 because 1012 / 4 = 253 and 253 + 112 = 365 (days in a year).  Not only that but the number 253 is on the wheel.  Collect the letters from all four paths and palaces connecting to the Palace of the Aleph on the right hand side of the wheel:

And this was surely noticed by Ezekiel:

The Wheel of the Chariot occupied a time in ancient history where monotheism was just emerging, and as a stepping stone from paganism to pure monotheism was the idea of YHVH as a unifying umbrella.  Therefore, though we haven’t discussed it in any detail yet, there are quite a few pagan remnants left on the wheel and if we look closely we can see the names of Asherah, Elat and Hadad spelled out there, under the domain of YHVH in every quarter.

Elohim is the plural form of El and it is usually thought to refer to the supreme God but on at least one occasion in the Tanakh it is also used to refer to ‘the dead’ (1 Samuel 28:13). It has meanings ranging from “gods” in a general sense to specific gods, or (most frequently) to YHVH but also to demons, angels, kings and prophets. However, while the word has an obvious pantheistic heritage – the associated polytheism was slowly dropped in Judaism and the narrative relationships between the El and his family were either ignored or recast into the domain of the family completely by Greco-Christian cults. It came to mean simply ‘God’ – whatever the original writers of the Torah may have originally intended by its use.

In the Levantine pantheon, El fathered the Gods Hadad, Yam and Mot and their sister the Goddess Anat. El was married to the Goddess Asherah/Elat and in that pantheon the sons of El are called the Elohim. Hadad was the god of rain, storms and fertility; Mot was the God of Death; and Yam was the God of the sea while Anat was Queen of Heaven and a violent War Goddess.  In the Baal cycle, Hadad complains to Asherah that he doesn‘t have a Palace of his own like other Gods and has to live in the same dwelling as her and El. Eventually El reluctantly allows Hadad his own house. The ideographic representation of this is found on the Chariot Wheel by the bottom 3 palaces that spell out the name: הדד, and this gives us a clue to the great age and antiquity of the Chariot Wheel because Ugarit was destroyed in 1050 BCE.

I hope you’ve enjoyed this installment of my blog.  If you’d like to request a topic for the next post then please feel free to drop me a line by using the comment box below.  Thank you and stayed tuned for more numerical honey.