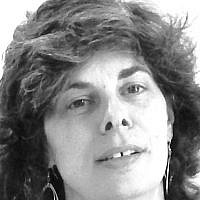 Perhaps within the word Meron מירון  itself we may find a way of consolation, through it’s fascinating connection to the meaning and silence of the  רימון, pomegranate,  for when we rearrange the letters of מירון we have רימון.

There are no words at a time of national mourning.  Sometimes silence is what’s needed to allow for healing.

The Kohen Gadol wore a unique majestically ornamented robe מְעִ֔יל , me’il, to perform his Priestly duties in service to G-d.   On the bottom of its hem was fastened and sewn a pattern of a golden bell and then a pomegranate, another golden bell and again a pomegranate, all around the hem.   While the bells chimed, making noise and announcing in a way Aharon’s arrival at the Mikdash to do his Avodah, the pomegranates were silent, providing him with a sense of humility.

What did Moshe’s brother Aharon the Kohen Gadol do after knowing his sons Nadav and Avihu died?   וַיִּדֹּ֖ם אַֽהֲרֹֽן   And Aharon was silent.  At such a time the bells didn’t ring, but the silence of the רימון could be heard loud and clear. 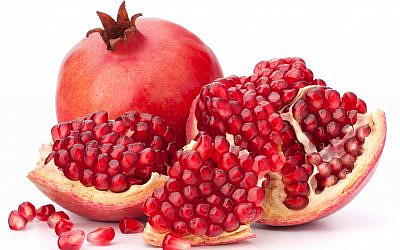 The רימון is a wondrous fruit resembling a bell on the outside, filled with hundreds of juicy seeds on the inside.  While it is often referred to as a symbol of abundance as a result, it’s furthermore likened to the Torah and its 613 Mitzvos.  It’s thus a symbol of righteousness.

In Kedoshim, from the double Parsha read before Lag b’Omer, we are given the fundamental Mitzvah of   וְאָֽהַבְתָּ֥ לְרֵֽעֲךָ֖ כָּמ֑וֹךָ   You shall love your neighbor as yourself.

Thousands gathered in Meron to celebrate Lag b’Omer in faithfulness, with Mitzvos in their souls and the highest joyous spirits imaginable.  Something went terribly wrong.   Precious neshamos were gathered to their Maker for reasons we can’t possibly comprehend or explain.

So, join me in honor of their lives and memories, zk’l, to be diligent in everything we do, to live by the principle of וְאָֽהַבְתָּ֥ לְרֵֽעֲךָ֖ כָּמ֑וֹךָ.

We mourn for all the kedoshim zk’l whose lives were tragically lost in Meron on Lag b’Omer, and pray for those who suffered injuries to have a full and speedy recovery.