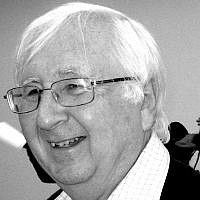 On the coldest day of the year, the governing ANC government in South Africa acted to demolish homes in Zandspruit, South Africa. Officials maintain they have a court order authorising the demolition of illegal structures in the area. On the same day, the same ANC issued a statement that placed the ANC firmly on the side of international illegality, thuggery and unlawfulness.

The first duty of the nation-state is to protect its citizens. Article 51 of the United Nations charter specifically codifies the “inherent right” of self-defense against armed attack. “Nothing in the present Charter shall impair the inherent right of individual or collective self-defence if an armed attack occurs against a Member of the United Nations”. No other nation would tolerate incessant rocket and terrorist attacks from neighboring territories. Israelis, like all people around the world, have the right to go about their daily lives in peace and security without the fear that at any moment death will rain down from the sky on them and their families.

It is not the first time that illegality has been tackled in South Africa. Shack dwellers in Durban are under constant threat of eviction. In June this year, families were evicted by the Maluti-A-Phofung municipality from an informal settlement near Phuthaditjhaba in the Free State. And let`s not discuss the Marikana massacre.

The ANC in its abhorrent statement on the current Israeli efforts to exercise its rights under Article 51 refers to Israeli attacks on the Gaza strip over the past few days traumatizing thousands. The ANC conveniently or perhaps deliberately overlooks that until December 2013, Hamas and its allies launched about 15,000 rocket attacks on southern Israel, traumatizing over a million Israelis, including about 250,000 children. Hundreds of thousands of Israeli children, who need to be within 15 seconds of bomb shelters at all times, clearly have no standing in the ANC`s eyes since  Israeli suffering and trauma is not mentioned. In 2014 alone, from January until mid-June, Hamas and its allies launched a further 450 rocket attacks. Since mid-June there have been another about 1200 rocket attacks deliberately aimed at Israel`s civilian population. Let`s be clear: each of the approximate 16,650 rocket attacks constitutes an individual, separate  and distinct violation of Article 51 of the United Nations charter granting Israel the absolute right and obligation to protect its citizens. About 16,250 attacks on Israeli civilians and violations of international law, all launched from civilian areas which constitute a further  additional 16,650 contraventions of international law – enough is enough.

In South Africa, through its eviction policy, the ANC is opposing the illegal. In its shooting at Marikana, the ANC government opposed the illegal. But in its support of Hamas, the ANC is supporting the illegal. ANC: I have news for you: Illegal is illegal. Illegality cannot be cherry-picked. The ANC is openly and blatantly encouraging Hamas`s violations of the UN Charter and international law. No less than the well-known anti-Israel figure Archbishop Tutu in his statement stated that Palestine would never achieve peaceful self-determination through violence. Even Archbishop Tutu appears to appreciate that violence is, well, violence and illegal is, well, illegal

But Israel did not react immediately to Hamas`s increased rocket launching between mid-Jume and early July. It sought quiet. Even the Arabic daily Al-Hayat reported that Israel sought a ceasefire. Unfortunately Hamas and its fellow terrorists interpreted Israel`s reluctance to take such action as it was entitled to under Article 51 as weakness. Instead of governing in the interests of its population by providing schools, health services, infrastructure and the like, Hamas preferred to spend its resources to strengthen its rocket inventory and military infrastructure.  Please, ANC, stop pleading poverty on behalf of your friends.

The ANC has not yet internalized that the over 1,650 (so far) rockets launched in 2014 alone by Hamas at Israeli civilian targets has nothing to do with settlements, occupation and oppression. Israel has no presence in Gaza. Palestine could have been a sovereign state in 1948, 1967 (the three noes of Khartoum) and 2001 (the Clinton initiative). Israel withdrew from Gaza in 2005. There is not one single Israeli soldier or settlement in Gaza. It is time for the ANC to understand that the Palestinian claim is for a Palestine without Israel. The Palestinian`s war, was, and continues to be, against the Jews and the existence of Israel even within the armistice line of 1949 (the Green line). The time has come for anti-Israel parties such as the ANC to start believing the Hamas charter. At that point, a solution will be in sight.

Hamas Charter Article 7: The time will not come until Muslims will fight the Jews (and kill them); until the Jews hide behind rocks and trees, which will cry: O Muslim! there is a Jew hiding behind me, come on and kill him!

Hamas Charter Article 28: Israel, by virtue of its being Jewish and of having a Jewish population, defies Islam and the Muslims.

Following its statement, the ANC, who I would like to believe is not inherently anti-semitic, anti-Jewish or anti-Israel, is hereby challenged to demand that  Hamas cancel Articles 7, 28 and all the other many anti-Israel and anti-Jewish articles and provisions of the Hamas charter and to affirm that Hamas`s launching of rockets aimed at civilian populations is blatantly illegal.

Following its statement, the ANC is challenged to confirm it continues to adhere to Mandela`s statement on the right of Israel to exist within secure borders. The ANC can no longer support both Hamas`s charter of no Israel and Mandela`s policy of Israel`s right to exist.

Following its statement, the ANC is hereby challenged to convene an immediate conference between Hamas and Israel with two items on the agenda: Hamas to desist from all forms of violence against Israel, destroying its arsenal of rockets and rocket launchers, and deleting all references to Israel and Jews from its charter in return for which Israel is to lift its blockade entirely. The onus is on the ANC to follow Archbishop Tutu and convince the Palestinians that they will never achieve peaceful self-determination through violence. Should Hamas refuse the above, I trust the ANC will have the courage of its convictions to recognize and declare, loudly and clearly, the real belligerent party acting illegally and in contravention of the UN Charter and international law in the long-running Arab-Israeli dispute. Clue: That party is not Israel.