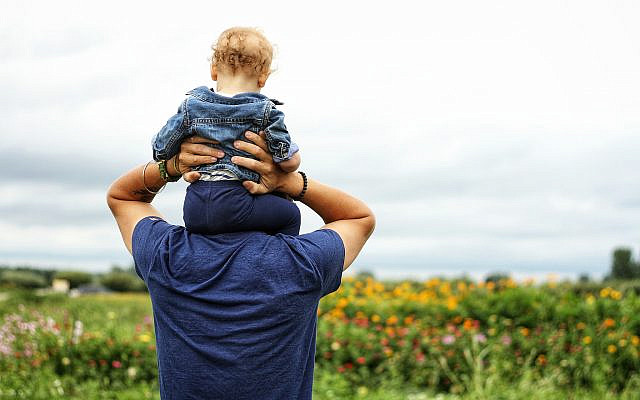 The Midrash shares many ideas embedded in the first word of the “Song of the Sea” (“Az Yashir”)  –  “Then.” As in  “Then Moses and the Israelites will sing this song” (Exodus 15:1)

Why did the Torah choose to speak in the future tense when referring to an event that already took place? It is often the style of Midrash Tanchuma to illuminate a major principle of faith from a seemingly unrelated point in Jewish law.

The healing power of Shabbat

Some commentaries say that the underlying reason for not administering a bandage on Shabbat, is because Shabbat has its own healing powers. So (as long as there’s no danger), you can wait until after Shabbat to bandage your wound and trust in the power of the Shabbat. For the same reason we don’t have personal requests in the Shabbat prayers like on weekdays when we ask for health, wealth, wisdom, etc.  The Talmud encapsulates our unique approach to Shabbat with this phrase:

“It’s Shabbat and we do not beseech (G-d with personal requests). (Rather through the power of Shabbat) –  healing is soon to come.”  (Talmud Shabbat 12B)

Sometimes it takes faith to suspend your natural reactions to unfolding events and rely on G-d. Moses was keenly aware that he had hastily criticized G-d at his first meeting with Pharaoh. If you recall, Moses was upset that his meeting with Pharaoh only made matters worse for the Jews.  Now they had to gather their own straw and still make their quota for bricks. When Moses left Pharaoh’s palace he expressed his frustration to G-d:

“Ever since then when came to Pharaoh to speak in Your name, he (Pharaoh) has made it worse for this People; and you have still not freed Your People.” (Exodus: 5:23)

Although it looked like everything was going wrong, Moses later realized that it was all part of G-d’s plan.

Faith in the future

Now Moses witnessed the parting of the Red Sea. He, together with the entire nation, were moved to spontaneously sing G-d’s praises. However, instead of using the present or past tense, Moses wanted the opening phrase of the “Song of the Sea” to be in the future tense. His intention was to atone for the fact that he doubted G-d in his first meeting with Pharaoh. The future tense conveys the idea that no matter what dire circumstances we will find ourselves in, we will have faith that this too is part of G-d’s plan. The Midrash conveys this idea as follows:

Perhaps the Midrash started with the laws of bandages on the Shabbat to convey the very same message: Putting aside minor medical issues on Shabbat is a sign that you’re putting your faith and trust in G-d. Which is exactly what Moses sought to convey by using the future tense in the “Song of the sea.”

Dictating the conditions of faith

Towards the end of the Parsha the Jewish people are miraculously fed meat (quail) and Manna from heaven. Yet they made a provocative declaration –  doubting whether G-d was in their midst or not:

“The place was named Massah and Meribah, because the Israelites quarreled and because they tested (their relationship with) G-d, by questioning, “Is G-d present among us or not?” (Exodus 17:7)

After so many open miracles it is hard to understand how they could question G-d’s involvement in their lives? Midrash Tanchuma offers three opinions concerning the nature of  the Jews’ complaint. G-d’s response came in the very next verse where it describes the unprovoked attack by the nation of Amalek. A people that stand for an inexplicable hatred of Jews throughout our history. In fact, G-d Himself declares that ׃ “G-d will be at war with Amalek throughout the ages.”(Exodus 18:16) Meaning, this pattern will repeat itself until the end of time.

Here are three opinions in the Midrash about the exact nature of the Jews’ provocation against G-d:

“Rabbi Yehudah said “If G-d runs the world with the same principles that govern the Jewish People, we will worship G-d. But if we are governed by different principles, we will rebel.”

Perhaps they were rebelling against G-d’s intense scrutiny. They were being miraculously fed, clothed, and protected in their journey through the desert. But they yearned to  be like everyone else.Therefore, they declared that if they can live under the same system of divine justice as the rest of the world, they will remain in the fold. Otherwise they will rebel.

Why would an attack from Amalek serve as a fitting response. Perhaps G-d is sending a message. Sorry, there is indeed a double standard. We are under G-d’s scrutiny. The Jewish People were chosen for a mission and a unique destiny. Unfortunately we will need periodic reminders starting with the unprovoked attacks by Amalek.

Rabbi Nechemya offers another interpretation of the Jews’ complaint:

“If He supplies us with food, just as a king does when he is praised and honored by the people upon entering a city.  And if on that basis He satisfies all our needs, we will serve Him, but if He does not do so, we will rebel against Him”

Perhaps the Jews are saying that they had a tumultuous history in Egypt. Slavery, plagues, the drama of the Red Sea. It’s enough. Now they want the rest of Jewish history to unfold in a simple and predictable manner – like a king whom you praise because he takes care of you. No curve balls. Nothing unexpected.

Once again the answer is Amalek. Sorry for the rude awakening. But our relationship with G-d is not so simplistic. We were taken out of Egypt to develop into a great nation.  We do indeed need painful course corrections to fulfill our potential. Like it or not, that is the way Jewish history will unfold.

The Rabbis offer a third opinion

“If we know in our hearts what we need, and He (G-d) knows what we are thinking, we will serve Him, but if not, we will not serve Him.”

Perhaps they said to G-d. Let’s face it, you’re G-d. You know what we need without us having to express it. So, how about if You (G-d) just anticipate our needs and take care of us. Once again, the attack of Amalek is G-d’s way of responding. G-d does indeed know what is in our hearts. However, feeling Jewish in your heart is not the kind of relationship G-d is seeking. The ideals of the Torah have to be translated into action. Judaism is  not a religion for bystanders. Sometimes we will need a painful reminder in the form of Amalek.

The Midrash sums up G-d’s frustration with the doubts that the Jews have raised:

“I am living in your midst and  I am taking care of everything you may need, and yet you say, “Is the Lord among us or not?” By your lives, I swear that the dog (Amalek) shall come and bite you, and you will cry to Me and then you will know where I am!”

G-d can’t be our fair weather friend. Someone we only turn to in times of need. The Midrash continues with this parable:

“A man carried his son upon his shoulder, and went out on a journey. The son saw an item he wanted and said, ‘Father, pick up that thing and give it to me”. His father gave it to him. It happened a second time and a third time. They met a certain man and the son asked him, ‘Have you seen my father anywhere?’ Whereupon his father said to his son,’Don’t you know where I am?’ The father cast him his son off his shoulder and a dog came and bit his son)”

G-d miraculously enables the Jews to defeat Amalek. A war in which the soldiers were not chosen for their might, rather for the fact that they were G-d fearing. Afterwards G-d declares (as we mentioned above)  “G-d will be at war with Amalek throughout the ages.” Senseless attacks on Jews are really an attack on G-d. So G-d will help us fight those wars. However, these wars will only be necessary when we are weak in our faith. As the Bible described the war with Amalek in Deuteronomy:

“Remember what Amalek did to you on your journey, after you left Egypt.” How they launched an unprovoked attack while you were traveling … while  you were famished, weary, and lacking in your fear of G-d” (Deuteronomy 25:17-18)

The Jews got their first historical lesson about the nature of their relationship with G-d. They were soon going to receive the Torah. The prophets often compared this historic event to a wedding. G-d is the bride and we are the groom. Although the groom will prove unfaithful and will suffer the consequences, the bride will never end the relationship . A lesson that will be lost and found throughout the millennia.

This will be the rhythm of Jewish History.