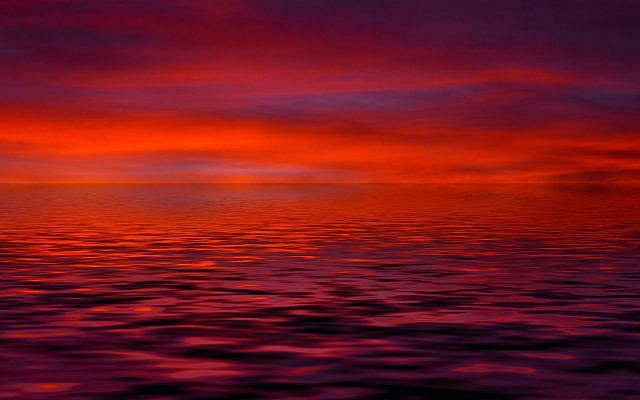 When Moses and Aaron first encounter Pharaoh, the Egyptian ruler proclaimed that he never heard of the G-d of the Hebrews and demanded a sign. The Midrash says that G-d considered Pharaoh’s request perfectly legitimate. After all, Noah, who was righteous, demanded a sign that the earth would no longer be flooded. Namely, the rainbow. (My father, Rav Meir Aryeh Mozeson Z”L, thought that G-d chose a bow without an arrow to symbolize a non-aggression pact of sorts).

According to Midrash Tanchuma, one of the reasons G-d turned Moses’s staff into a snake at the burning bush, was to alert Moses that Pharaoh would act treacherously in the future. Perhaps this is the same reason Moshe and Aaron used the staff and the snake to first introduce Pharaoh to G-d. They were sending a subtle (or not so subtle) message to Pharaoh that the G-d of the Hebrew knows his true character.

The Midrash says that Pharaoh was so unimpressed with the act of turning a staff into a snake that he brought 4 and 5 year old’s who could perform the same trick. Pharaoh became cynical  and haughty about this inconsequential G-d of the Hebrews. This too was part of G-d’s plan. The Midrash on next week’s Parsha, Bo, says that G-d destroyed the Egyptian idols during the plague of the first born. However, G-d spared the personal idol of Pharaoh. Pharaoh and the Egyptians assumed that G-d was not strong enough to defeat this particular god. It provided them the audacity to attack the Jews after they left Egypt.  All of which led them to their final chapter – drowning in the Red Sea.

As much as G-d exploited Pharaoh’s haughtiness, G-d also dropped some big hints that Pharaoh could have picked up on. After all the snakes turned back into staffs, Aaron’s staff swallowed all the other staffs. Even more startling to Pharaoh was that even after consuming all the other staffs, Aaron’s staff was no bigger in size. According to the Midrash Pharaoh seems to have gotten the message:

“I’ll bet that staff  can swallow Pharaoh and his throne if you ask it to.”

But of course, as was so common in the Exodus story, the lesson was quickly forgotten. Pharaoh’s reaction was to make the Jews work harder by gathering their own straw. A brilliant and crafty maneuver to drive a wedge between the Jews and Moses. (Just as the plagues eventually drove a wedge between Pharaoh and the Egyptian People who had lived through enough anguish and destruction).

The Midrash provides two more  reasons why the snake was an appropriate symbol for Pharaoh:

It seems that Pharaoh bragged about his intention to kill Moses but in Moses’s presence he became as silent as a piece of wood.

“If this son of Amram comes near me again, I will slay him, I will hang him, I will burn him.’ However, when Moses returned, Pharaoh became like a rod”

The snake also signified the way the brutal Egyptian regime murdered with impunity those it didn’t like:

Have you ever tried to picture what the Egyptian bondage was like.  Our ancestors were young and old, parents and grandparents. They likely worked in many fields including the loftiest professions in Egypt. Suddenly, all their rights and privileges, dreams and aspirations were ripped away from them. Not only did they suffer physical hardships and torture, the Midrash says that the Egyptians chose tasks that served no purpose other than to humiliate them.

The punishment fit the crime.

It’s common in the Bible that G-d’s punishments are designed to be instructive in nature – measure for measure. G-d’s objective is for criminals to experience the hardship they inflicted on their victims. For example, if someone steals $100, they have to pay back $200. The first $100 is the principal which they have to return. The second $100 allows the criminal to know what it feels like to be out $100.

According to Midrash Tanchuma the first plague of blood was related to menstrual blood. The Egyptians prevented Jewish women from ritually immersing after they finished menstruating. This prevented a husband and wife from having marital relations. Besides a cruel disruption of family life, the Egyptians intended it as a form of forced birth control.

The Nile River might have been a prime location for ritual immersion. (That’s where the daughter of Pharaoh performed her ritual immersion when, according to the Midrash, she converted to Judaism). Perhaps this was G-d’s message. You prohibited Jewish women from immersing in the Nile after their menstrual blood stopped flowing, I will turn the Nile river into blood. Just as the Egyptians disrupted marital relations among the Jews, G-d disrupted the Egyptians entire way of life. According to the Midrash all water in Egypt turned to blood. So no Egyptian could have a  drink of water, wash their clothes or take a bath.

The Nile was not only the bread basket of Egypt, according to  Midrash Tanchuma, it was also an Egyptian deity.

The Midrash explains the next 7 plagues were also meted out measure for measure. Each plague was a reflection of the abuse and degradation the Jews experienced.

The plagues operated on many levels

“And the Lord continued, “I have intensely observed the plight of My people in Egypt and have heard their outcry because of their taskmasters; I am mindful of their sufferings.”(Exodus 3;7)

On one level G-d was giving the Egyptians a taste of their own medicine while the Jews developed faith in G-d by witnessing a major world power brought to their knees. On a deeper level, the Egyptians and the Jews were introduced to a G-d who is sensitive to emotional pain and punishes those who inflict pain, measure for measure. This was a chance for the Egyptians to see the flaws in their gods and the unique moral standard of the Jewish G-d.

The Chatam Sofer (Rav of Pressburg, Germany and founder of the Pressburg Yeshiva) said that this is precisely what Yitro meant when he declared: “Now I know that G-d is greater than all gods.”(Exodus 18:11). Yitro (who converted to Judaism) was deeply moved by the fact that the Egyptians were punished measure for measure – aware that their punishments fit their crimes. (Chatam Sofer Parshat Yitro)

For the Jews, seeing their suffering being addressed with such moral precision deepened their appreciation and love for G-d.  No wonder our suffering in Egypt became a springboard to the sensitivities we are commanded to display to the disenfranchised. Namely, the “stranger” (often referring to the convert), the orphan and the widow. In the 24th chapter of Deuteronomy, for example, the Torah mentions twice “and remember that you were once slaves in Egypt.”  The context is leaving over from the bounty of  the fields and vineyards for the convert, orphan and widow. As well as being especially vigilant to uphold their rights in a court of law.

What emerges from Midrash Tanchuma is a completely different story of the Egyptian bondage than simply physical hardship and deprivation. Instead, the Midrash concentrates on Human suffering that was chronicled in the plagues themselves. Besides the profound moral lessons for the world, it provided something vital for the Jewish People. They witnessed first hand how G-d forced those who enslaved them to confront the emotional pain they inflicted. This not only helped strengthen the Jew’s connection with G-d, it surely helped start the long process of healing as well.