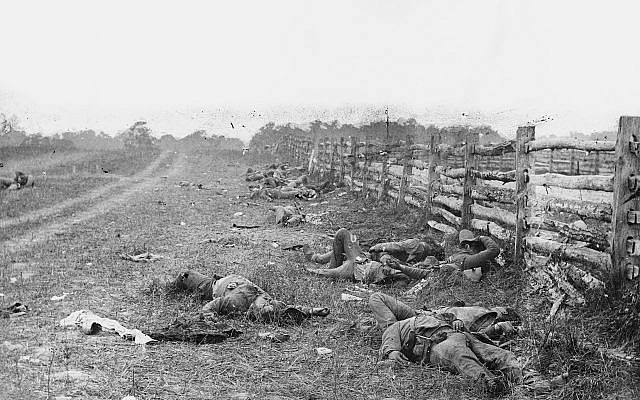 Two anniversaries passed quietly in the last couple of days.  The first was a triumph of science and diplomacy that resolved a century-old conflict yet set the battle lines for another.  The second captured the depth and horror of that new conflict and in so doing, changed the way we see the world forever.

On October 18th, 1767 Brittons Charles Mason, an astronomer, and Jeremiah Dixon, a surveyor completed their work to map and accurately set mile markers that would establish a line two hundred and thirty-three miles long that divided Pennsylvania from Delaware, Maryland, and a bit of Virginia.    It took them three and a half years.  At the time it was considered an engineering marvel akin to landing on the moon.  The Mason Dixon team included one hundred and fifteen people including lumberjacks, shepherds, and teamsters with wagon loads of equipment including ones with feather beds, not for the men, but to protect their delicate instruments to survive rugged terrain.  They would backsight through their transit at plumb bobs on the markers they had already set, then spin their scope 180 degrees and front-sight move forward.   They’d also work their way backward to check their works.  When it wasn’t working out accurately, they applied the latest science of the effect of the gravitational pull of the Allegheny Mountains on their plumb bobs to resolve the mathematics to an extraordinary degree of accuracy.  They cut through hundreds of miles of rough terrain, constantly double-checking their work by astronomical sightings and meticulously recorded calculations.  A political settlement had been reached to start in Philadelphia, mark out the arcing line that is the unlikely northern border of Delaware, then follow the negotiated latitude across the entirety of the state of Pennsylvania.  When the “Mason – Dixon Line” was completed, it peacefully resolved an actual shooting war between the Pennsylvania and Maryland militias fueled by bitter land disputes a century old.    The real political genius was getting hundreds of miles of property owners and tax collecting counties and boroughs to agree to draw a line, based on mathematics and abide by the results.

The Mason – Dixon Line resolved one set of conflicts but set in razor-sharp relief a new one.  Pennsylvania to the north of the line was the first state to abolish slavery, and Delaware, Maryland, and Virginia south of the line refused to give up their slaves.

Which introduces the events of October 19th, 1862.  It wasn’t the birth of photojournalism, but it was its first milestone.  On that day, photographer Matthew Brady opened an exhibition in his Manhattan Studio.   It was titled “The Dead of Antietam”.  In the words of a New York Times review the next day “Mr. BRADY has done something to bring home to us the terrible reality and earnestness of war.”   Throngs of New Yorkers came to see the photographs, to give form to the names and numbers they read in their papers but not understood.  The conflict at Antietam remains the bloodiest single day in US history.  23,000 died in 12 hours of battle in the fields around a small town in North Central Maryland just south of the Mason-Dixon line in the early days of the Civil War in which 620,000 Americans would die.

Brady was a renowned portrait photographer.   He photographed eighteen presidents and made several of the most famous portraits of Abraham Lincoln including the one that is engraved on the US five-dollar bill.   Brady assembled a team of twenty photographers and he and they went off to photograph the civil war without a patron or a publication.  He felt compelled to risk his fame and prosperity as a portraitist to the powerful and wealthy for the hardships of the battlefront.   “No one will ever know what I went through to secure those negatives. The world can never appreciate it. It changed the whole course of my life.”   But his artistic and moral vision consumed him.  He said, “a spirit in my feet said “go” and I went”.   Congress only agreed to purchase his work ten years after the war had ended for a price that did not cover the debts that had ruined him.  He died penniless.

The equipment and materials Brady used in battlefield conditions were primitive and complicated to use.  He used “wet” negatives, where a glass plate had to be coated in the field with a light-sensitive emulsion, or “film” of silver nitrate.   The photograph was exposed then quickly developed while still wet in a light-tight wagon or tent darkroom.   The chemicals made a “film” on the glass that was light-sensitive but not especially so.   Only long exposures with motionless subjects could be photographed.   Action shots of moving subjects were out of the question.

On Time Magazine’s list of 100 Most Influential Photographs, Matthew Brady has two.  The one shown here and another of presidential candidate Abraham Lincoln.

A picture is often said to be “worth” a thousand words.  Matthew Brady’s photos were written in a language where all words cease.  His images challenged the conscience by gazing directly at his subjects in an unseen world with a language not yet spoken.  He created a new faith that a wider world begs our compassion and demands we defend our assumptions.   Today, our news is digital, peppered with both still images and video. We are saturated with the trillions of images effortlessly captured every day from the high-resolution cameras in our cellphones. We can only imagine today what would have been the impact on the genteel visitors to Brady’s gallery at 185 Broadway one hundred and fifty-eight years ago when they, the world beyond the battle, understood for the first time what was the cost of an idea.  Could they walk that line between slave and free, union or division, and square the ideals they sent others to fight for with the awful price it would take to hold their nation together.  A liquid film of silver on a plate of glass became the conscience of a nation.  Film would not always be that way.  Propagandists, sensationalists, hucksters, and worse seized photography for their own.   But for that one moment, the blacks, the whites, and all of the grays in between were eternal and true.

About the Author
Steve Brown is a registered architect and has headed an architecture, environmental design and construction firm in the Philadelphia, PA area since 1985.
Related Topics
Related Posts
Comments