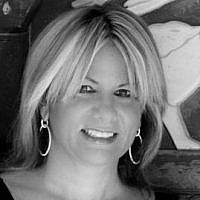 It all started with my dear friend Jules. Motzei-Hurricane-Sandy (that’s the night following Hurricane Sandy, for any non-Jewish readers out there), I got a message from his wife, Sue. In the aftermath of Sandy, my whole town in suburban New Jersey is without power. Actually, most of New Jersey is without power. But my friend Sue knew that I had acquired a portable generator in preparation for the storm. Not the fancy, whole-house kind of generator, but enough to provide a few lights, a refrigerator, some minimal functionality for my home office and charging stations for essential devices (most of which turned out to be useless, in the absence of telephone and Internet).

Would it be possible, Sue asked, to hold a minyan (prayer quorum) at my house that night? All of the area synagogues were closed; none had power. It was the 25th yahrzeit (anniversary) of Jules’ mother’s death, and he hadn’t missed kaddish (the Jewish memorial prayer) on her yarhzeit yet. It could only be at my house; nobody else had light.

Now, to be clear, Jules is not the kind of friend whom anyone could refuse. He is the Magical Jewish Music Man of our community (a CPA by day), who has created myriad beautiful and meaningful Jewish experiences for children and adults alike. He is the kind of friend who would do anything for the friends he cares about, and we have both celebrated and mourned together over the years. So there was no way that I was going to say no to Jules on his mother’s 25th yahrzeit, even though the only room in the house with enough light to daven (pray) in was the master bedroom.

Make no mistake, this is the kind of rabble-rousing, provocative prayer that arrests at the Western Wall have been made of. I mean, what else would you expect in the bedroom? Men and women together, everyone counts, everyone prays out loud. Gevalt!

Fourteen people ended up defying the township ban on travel, and arrived at my home, in the darkness. All of us were dirty and tired and disheveled. Some of us had trees fall on our homes, none of us had had power for over 24 hours, and many of us had been unable to speak with our loved ones, with most of the telephone and Internet lines down. But we knew that they were safe, and we were all thankful to have emerged relatively unscathed.

Fourteen people in the bedroom. Not quite what it sounds like. I was glad to be able to help my friend, Jules. But most of all, I was grateful to have an opportunity to voice a prayer of thanks for the safety of those I love. An ancient ritual, albeit in a rather innovative place. But I think that it – and all of us – counted, notwithstanding.

About the Author
Rina Ne'eman is a translator and interpreter, and the managing director of Legaltrans.com. She is a proud Israeli and an avid amateur photographer. Follow her on Twitter @rinaneeman or e-mail her at rina@legaltrans.com.
Related Topics
Related Posts
Rina Ne'eman
Comments