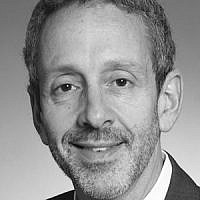 “When an Israeli film wins an international prize, the heart fills with pride and my natural desire is to strengthen and encourage the Israeli success,” she wrote. “This rule has one exception — when the international embrace is the result of self-flagellation and cooperation with the anti-Israel narrative.”

Who is she to judge what is appropriate to be made and what isn’t even if the money is coming from Government funds. Of course these comments have come from a woman who when asked what film she was most angry about, she replied “the scene at the end of tbe she movie when the IDF storm into the house of a Jewish family and attack the family. Not only does this scene not take place at the end of the movie, it does not take place at all! When asked to respond to comments that no one seemed to recall that scene, she suggested that the commentator watch the film again. Perhaps she should watch the film even once!

This is also the same woman who after she had met Quentin Tarantino commented on how much she admired his films. When asked by a journalist which was her favorite film, she looked blankly for a long amount of time and then stared at her assistant for an answer who mumbled quietly “Pulp Fiction.” She was then asked what was her favorite scene in the movie and she again was silent and eventually said, “the scene between the man and the woman.”

It is sad that someone who is supposed to represent culture in Israel has so much to say that is so harmful to not only the industry in Israel but the way the world also perceives Israel suggesting that the funding bodies should only financially support movies that are reflective of her own political point of view. Does she think that Israeli newspapers should be shut down if they express editorial comment that calls into question Israeli politics involving the West Bank and Settlors?

As indicated in previous posts, this clear attempt at censorship is not something that we should tolerate or find acceptable. Thank God the film industry has not been afraid to speak out and express their point of view knowing the potential consequences of their actions which could impact their ability to get films financed in the future.

We should not forget the era of Joseph McCarthy and the Hollywood Blacklist. What she is seeking to do is sadly not too far removed from that!