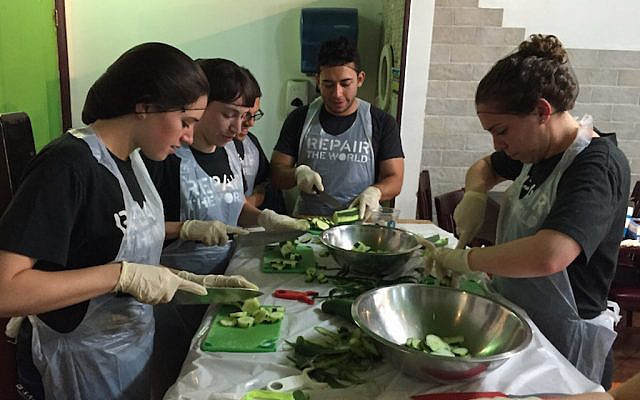 The story has it that a great Hassidic rabbi with tens of thousands of devoted followers had asked one of his most dedicated and wealthiest followers for a meeting. “Why does the honorable rabbi want to come to meet me at my house?” the wealthy man asked. “I will gladly come and meet the rabbi in his study,” he said. The rabbi’s messenger would not compromise. “The rabbi would like to meet you in your house and nowhere else,” the messenger responded.

The time of the meeting came, and the Hassidic master entered the lavishly lit home, walking on the expensive Persian carpets, finally settling down on custom make soft couches imported from Paris. The rabbi told the wealthy follower he has come to raise money for a very poor and needy family and would need a large sum of money to support this family, a family that was living in destitution and abject poverty.

The wealthy man was appalled. “My dear rabbi, you did not need to come here to ask me for such an amount. As an admiring adherent of yours and as a religious Jew I am happy to help. Does my dear rabbi not think I would contribute towards such an honorable cause without being paid a personal visit?! Who is this family in need? Please tell me, and I will do my best to support them.” The wealthy man could not be more eager to help.

The great rabbi responded: “the family in need is your own brother’s family. He is living in destitution and pennilessness, so I came here to urge you to help him.”

Too often, when we think of charity, we think of feeding someone we have never met who is on the brink of starvation. While this is truly an act of admirable charity, the Torah introduces another form of charity in this week’s arasha.

“When you lend money to My people, to the poor person [who is] with you, you shall not behave toward him as a lender; you shall not impose interest upon him. If you take your neighbor’s garment as security, until sunset you shall return it to him, for it is his only covering; it is his garment for his skin. With what shall he lie? And it shall be [that] if he cries out to Me, I will hear because I am gracious.” (Exodus 22)

Charity is not only an act of giving, but it is also an act of stabilizing someone and making sure they can keep afloat. We must make sure we give charity; guaranteeing that someone has a free loan when they need it, is also a form of charity. This is very different that modern perceptions of charity and social justice. The Merriam-Webster dictionary definition of charity is: “the act of giving money, food, or other kinds of help to people who are poor, sick, etc. also: something (such as money or food) that is given to people who are poor, sick, etc. “.

Judaism expands that definition. It is not just the act of giving, it is also the act of supporting. This is most famously expressed in the words of the great Jewish philosopher and codifier, Moses Maimonides (1135-1204) who states:

“There are eight levels in charity, each level surpassing the other. The highest level beyond which there is none is a person who supports a Jew who has fallen into poverty [by] giving him a present or a loan, entering into partnership with him, or finding him work so that his hand will be fortified so that he will not have to ask others [for alms]. Concerning this [Leviticus 25:35] states: “You shall support him, the stranger, the resident, and he shall live among you.” Implied is that you should support him before he falls and becomes needy.” (Mishneh Torah Hilchot Matnot Aniyim chapter 10)

The Jewish definition of charity is not limited to giving, it includes making sure that others have a way to support themselves, especially before they become needy. Giving is not limited to strangers; in fact, it is quite to the contrary. As Maimonides (Ibid) states:

“A person who gives money to his sons and daughters who are past the age of majority and whom he is not obligated to support in order to teach the males Torah and to direct the females in a course of upright path so that they will not become objects of derision and similarly one who gives food to his father and his mother is included among [those who give] charity. Indeed, it is a vital charity, for precedence is established on one’s degree of closeness.”

Judaism has revolutionized the world, trailblazing the path of using our own good fortune to lift up others in need. Yet it is the same Judaism that also teaches: if you want to make for a better world, first take care of those closest to you. It is the same Judaism that says, make sure you give someone an interest-free loan, so they don’t have to slide into poverty. We should never wait until someone is penniless and impoverished to help them; we ought to make sure that those close to us are taken care of and can take care of others first. It is only once we have exercised charity to those around us who we see in need that we can move on to work towards Albert Einstein’s visionary words:

“Not until the creation and maintenance of decent conditions of life for all people are recognized and accepted as a common obligation of all people and all countries – not until then shall we, with a certain degree of justification, be able to speak of humankind as civilized.”