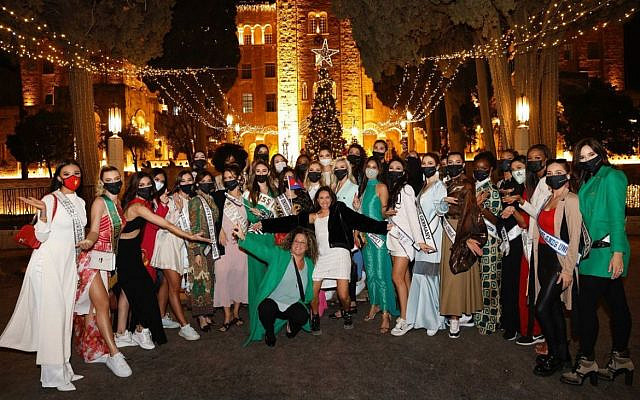 The universal beauty pageant is more than that, it is a stage of international convergence in which diplomatic and public relations take place, but, above all, it is a geopolitical event. In 2021, the nation that had the power to host the pageant was Israel, which also coincides with the 70th anniversary of Miss Universe. In addition, countries such as Morocco and Bahrain boast of the event and of having recently restored relations with the Jewish nation. In fact, the Moroccan representative is after 43 years the first woman from this country to participate in the international beauty pageant.

And, there was almost a representative from the United Arab Emirates, but she cancelled at the last minute. This means not only that nations from the Arab World are willing to participate in events on Israeli soil, but also that they are allowing themselves to do things that did not happen before, such as having female national beauty representatives.

Also; 2021, which in addition to being the first year after the start of the global pandemic of COVID-19, was different from past Miss Universe pageants, as most of the 82 national beauty ambassadors are professionals with more than one profession, as well as independent women with promising careers in the arts, business, social, diplomatic and even political fields.

The beauty queens toured Jerusalem and its most iconic and impressive sites, such as the Kotel, the Old City, Yad Vashem, then the Dead Sea and finally Eilat, where the final parade and coronation took place. India was the winner, after excelling against their final opponents, Paraguay and South Africa.

Also, you can see how well the pandemic has been handled in Israel and how safe it is, despite the eventual attacks by terrorists. Well, all the events and visits in general had all the biosecurity measures and protocols against Corona. Despite having had one of the participants with the virus, as was the case with Miss France, after going through the common quarantine of a week, she was able to compete normally.

Similarly, as Jessica Cohen, international media director of the Jerusalem municipality (@itraveljerusalem) told me, the 82 contestants of the pageant are now not only ambassadors of the beauty of their different countries, but also ambassadors of Israel.

Ambassadors of Israel to the world, that’s what this group of young, beautiful women from all corners of the world will now be.

It is “Smart Power” that Israel uses in holding such events, for in the international framework that is so often against Israel, the view is beginning to be different. Despite petty boycott movements, the reign was a success and the world was able to see the real Israel.

For example, the Boycott, Divestment and Sanctions movement (BDS) is a movement that aims, as its name suggests, to boycott, divestment and sanctions against Israeli products, events, organisations, etc.. However, this type of movement succumbs to the real Israeli democracy and liberal system that welcomes all religions, cultures and ideologies of the world in a place that seems geographically insignificant, but full of life, history, spirituality and beauty.