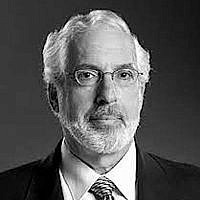 The Blogs
Steven W. Popper
Apply for a Blog
Advertisement
Please note that the posts on The Blogs are contributed by third parties. The opinions, facts and any media content in them are presented solely by the authors, and neither The Times of Israel nor its partners assume any responsibility for them. Please contact us in case of abuse. In case of abuse,
Report this post.

Can we recover the bonds between the US Jewish community and Israeli Jews that characterized the first fifty years after Israel’s founding? The answer, frankly, is no. We must forge anew.

Putting relations onto a track of recovered harmony is not simply matter of resolving one issue or another. It is first necessary to recognize the underlying shifts that have occurred over the course of nearly three-quarters of a century in both communities. Only then can new bonds replace the old. As we learned with COVID, sometimes to speak of ‘recovery’ is to operate under false premises. Adaptive measures are also midwives of a new normal being born that will itself take form in large part from the paths through which the steps of recovery pass.

Israel’s economy is nearly fifty times greater than it was in 1950 with seven times the population, an important node in the global knowledge economy, and has managed to escape the developing economy middle-income trap. While not of US scale, neither is Israel the at-risk infant American Jews nurtured. Plausibly at risk of extinction through 1973, Israel is now the predominant military power of its region. It has formal relations with two of frontline states and several other Arab League nations (with informal channels to most Sunni states). Hezbollah’s missiles could kill Israelis or devastate infrastructure, but the threat is not existential.

Another profound shift is in Israel’s politics and society. The astonishing inability on the part of the modern parties descended from labor to form an electable coalition is a considerable surprise. This is due in part to the inability to shape a message consistent with how Israelis now view themselves and their Jewish identity within a Jewish state.

Israel’s lifetime has been defined by the preponderant power of the United States. We lose sight of how much it, too, has changed. The knack for governance that so distinguished the US in the minds of observers going at least as far back as de Tocqueville has waned. The US has previously seen its share of domestic political turbulence. But government functioned, funds were found, and a center could be formed. Today, one of America’s two major parties increasingly disassociates from the project of a sovereign people democratically governing itself and from the institutions that have sustained that governance.

There has been a rise in intolerance or at least an increase in the volume of messaging against the “other”. US Jews are seeing the potential return of politically purposed antisemitism. The fact may never come. But, the fear now exists that the US Jewish community’s stark exceptionalism could revert towards the more usual course of Diaspora history.

The criteria for US assessment of Israel are changing as well. No longer David resisting its surrounding Goliaths, perceptions have shifted toward seeing in Israel much that is troubling. Under the new scoring system, Israel is wealthy, mighty, and insufficiently caring for those damaged by its rise. This image has been carefully nurtured by Israel’s opponents. But it is an image that increasingly resonates with an America coming to grips with its own foundations. Israeli actions sometimes strengthen this libeling in American minds including its younger Jewish generations.

So, the US half of the central Jewish linkage is now in an unwonted position. The sense of ease, security, and acceptance that once seemed its birthright has become less assured. Some 70 percent still identify with the political left, but that formerly comforting ideological home base has grown less hospitable. It is precisely the identification with Israel that adds to the increasingly palpable sense of dislocation among many US Jews.

Israel played a central – perhaps, in retrospect, outsized – role in the formation of post-1948 Jewish-American identity, perhaps to the detriment of a wider awareness of other aspects of Jewish cultural legacy. In the initial decades, this worked well for both sides. Israel benefited (and certainly did its best to encourage) this dominant position in US Jewish consciousness. For US Jews, Israel could be seen by them and their non-Jewish neighbors as a paragon with which they were proud to identify and helped establish a public identity that not only worked well for Jews but could also better convey their place in US society to others.

But the bill has now come due. US Jews are coming to grips with an identify that had been largely entwined with their perceptions of Israel. Much of the Israel they saw was actually their own projection of an ideal upon a real place. Conceptions of pluralism, separation of religion and state, ethno-nationalism, and geopolitical alignment that were embodiments of US particularism had been presumed to also be operative in Israel. As Israel has come into its own, it becomes clearer that it has evolved its own versions of these balances.

People operate with rules of thumb that derive from how the world operates and a presumption of equilibrium. But change, especially to political and civic norms, in both Israel and the US has been sufficient that to expect forces will soon balance and bounce us back to a point close to the prior equilibrium of US-Israel Jewish linkages – or even whether equilibrium is a reasonable expectation for these relations going forward – is a faint hope unlikely to match future conditions.

There is good news. The changes we have reviewed have been titanic. If anything, it is a testament to the affinities that American Jews and Israelis have for each other that they have survived as well as they have. Yet, the time for taking this for granted has passed; it is a luxury that we no longer can afford. The relationship between US and Israeli Jews will require open eyes, a cognizance of what is both real and changing, and a willingness on both sides to learn. The need is to no longer look back to the past but instead look to the future.

Of the two conclusions to draw from this, COVID recovery is a useful illustration of the first. Considering changes over the past decade in the relationship between Israelis and the Jews of North America, there, too, it is natural to think in terms of transitory disturbances, individual events, and issues that have disrupted the more usual bonds of sympathy, understanding, and shared purpose that were formerly characteristic of the relationship. It is also natural to think about recovering that prior equilibrium and bringing relations back to normal. But here as well it may ultimately be more useful to discard notions of recovery or even to assume that “normal” in the same terms as in the past is achievable.

The second conclusion is to recognize that we require a process of new construction. The way the communities interact and how they deal with individual short-term crises and exigencies will at the same time be laying the foundation bricks for the future overall relationship. Each particular issue we address will not only have a substantive outcome in the short term but will also by virtue of how we choose to confront it have a process outcome and a meaning that will affect what new architecture of relations comes to be.

There is another analogy. The US Congress recently passed a major infrastructure bill. Though massive, it was also insufficient to address accumulated needs and was at least a decade overdue. The timing highlighted that while prior generations lived in a world built by their fathers and grandfathers, Americans currently live in a world built by their grandfathers and great-grandfathers. In recent decades, America preferred to live based on legacy and not build for future inheritance. Both US and Israeli Jews have been operating within an inheritance that has been comfortable to presume is capable of patching with quick solutions rather than face the hard task of specifying a common enterprise and then taking the steps to execute it.

There is no Jewish grand council within which clarifying conversations can occur. But the points of contact between the two communities are many. In these venues, begin at the end: define the shared vision for a successful outcome. If it is difficult to articulate, that is where the work must begin. What support does each partner need from the other to meet its objectives within that vision? What messages does each need to be understood by the other? Only after this will it be possible to determine a basis for collaboration as partners.

It may be that these two historical miracles, Israel, and the US, are irrevocably bound on trajectories that take them increasingly beyond the orbit of their former affinity. But that is far from certain. What is clear is that there will be no bouncing back to a quasi-mythical relationship that (perhaps) once was. Only effort will lay down the foundations for what is to come. To paraphrase Rabbi Tarfon, it is not necessary for us to complete this work, but neither are we free to refrain from it. Any longer.

About the Author
Steven W. Popper Ph.D, is a Senior Fellow at the Jewish People Policy Institute (JPPI) and RAND Senior Economist and Professor of Science and Technology Policy in the Pardee RAND Graduate School. He is also director of RAND’s Israel Initiative. He has published research on the economics of innovation — particularly how organizations both public and private identify and incorporate technological change. He led RAND’s first Summer Institute, a week-long workshop on science, technology and U.S. economic competitiveness. From 1996 to 2001 he was the Associate Director of RAND’s Science and Technology Policy Institute (S&TPI.) He provided research and analytic support to the White House Office of Science and Technology Policy and other agencies of the executive branch. His work included projects on the economic and social returns to basic research, assessing critical technologies (including principal authorship of the Fourth U.S. National Critical Technologies Review,) policy analyses of national innovation systems, evaluations of federal R&D portfolios relevant to the Global War on Terror, determining the S&T capabilities required for a prospective Department of Homeland Security, technical barriers to international trade (for the National Institute of Standards and Technology,) federal R&D portfolio decision making (for the National Science Board and the World Bank,) and Presidential transition documents on S&T issues of national importance.
Related Topics
Related Posts
Comments