It’s great to be back in shul after an event-filled month. The starting piece was leading a powerful trip with thirteen Boston-area Christian clergy, and I look forward to sharing more about those experiences on the Yamim Noraim – the High Holy Days.

After the clergy experience, I was blessed to have more time in Israel to work on our next Emunah Israel trip and to enjoy a family Bar-Mitzvah in Jerusalem.  As Talya was already in Israel, Sharon and our boys flew over to join us.

Partially to save some money, and partially so they could explore a new city, they stopped in Barcelona for twelve hours.

They had a great time, and discovered hot chocolate with churros, but unfortunately, their luggage did not make it to Israel.

Sharon called me from Ben Gurion airport to tell me the bad news, and we spent the next day

trying to deal with Vueling Airlines,which has no branches in either Israel or the U.S.  It seems we had missed the review on TripAdvisor™: “worst airline ever….”

As we were having trouble contacting anyone from the airline, Sharon and I decided to borrow a car and drive to Ben Gurion to see if we could recover the luggage.

Standing outside the lost luggage department, we ended up having some of the most interesting conversations with people dealing with all different circumstances, and from all over the globe.

http://gty.im/474788225 There was the Orthodox mother-of-the bride who had left her dress for the wedding on the airplane, the 20-something-year old student from China who had one of his cameras stolen out of his luggage, the helpful Israeli man whose parents were African-American olim from Louisiana, and the affluent couple from Canada who also flew Vueling and were still waiting for their luggage from a flight five days earlier.

It was a fascinating meeting place of people and cultures.  Sharon and I wished that we were good enough writers to write a play about the experience, but playing to part, I wrote a sermon instead.

So, right now, there are two directions I could go in.

First, I could discuss the importance of returning lost objects – a huge part of this week’s parashah.

As we were buying new clothes for Sharon and the boys in Israel for the Bar-Mitzvah, we still held out hope that the bags were sitting in an airport somewhere, and that someone who knew this week’s Torah reading or just the value of returning things would help the bags get back to us.

But, I actually want to go in a different direction.  Sharon and I were most struck by the different narratives and stories that emerged at the lost luggage counter.  A disparate group of individuals, from all over the globe, brought together through a shared experience – providing empathy and support to each other during a bureaucratic nightmare at Ben Gurion Airport.

Our experience of diversity continued as we vacationed in Paris.  Many Parisians seemed to be out of town during the days we were there, especially those who own most of the kosher meat restaurants ;-).  However, we were struck by the mixing of people from all different kinds of backgrounds, especially the racial and ethnic integration observed in cafés, on public transportation, in city parks, and the numerous bi-racial couples we saw.  This was something we don’t often see in the United States, even in ethnically and racially mixed cities.

I am not saying that France does not have its challenges – it certainly does, and the Jewish community of France suffers from rising and serious anti-Semitism – but we took away not only the beauty of the city, and the deliciousness of the pastries, but also the mixing of peoples, cultures and races.

At first glance, our parashah – today’s Torah reading – decries this inter-cultural scene.  It teaches us not to mix things that are different. We are taught not to mix different crops….

We are taught not to mix linen and wool in our clothing.

We are taught not to mix with other people. 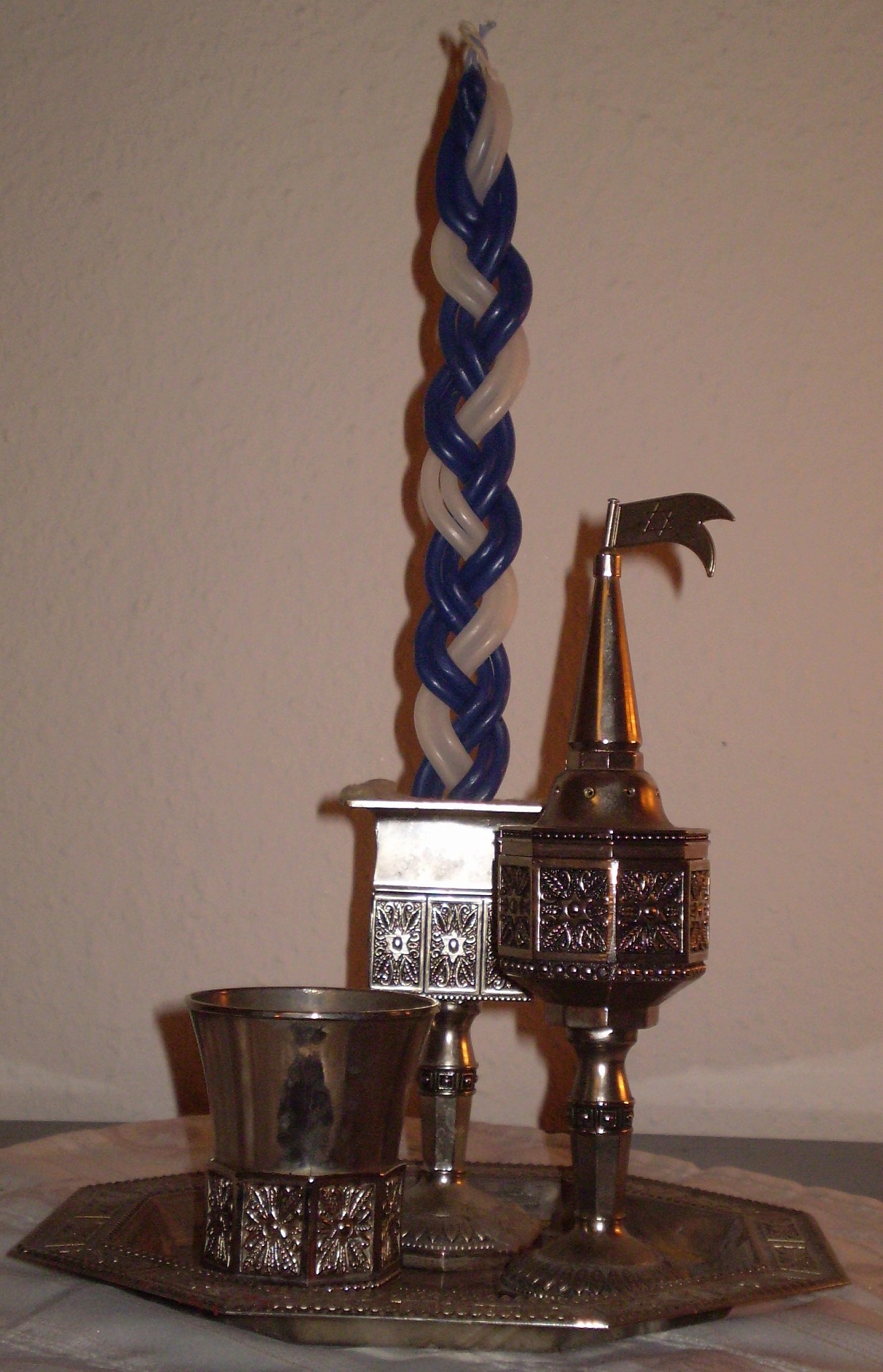 This notion is reinforced by our traditions like havdalah, which not only ends Shabbat, but reminds us of distinctions.  Our Torah also encourages endogamy, in-marriage, and is replete with laws that strive to separate us from other communities.

Now, let us acknowledge this tension as modern Jews.

This is a complicated set of laws – most of us have chosen to live lives in the modern world – whether in France or the U.S., we are encouraged to be a part of the larger world – to mix with others.  And yet, we are trying not to assimilate out of existence. We are not Hareidim, Ultra-Orthodox Jews, or Amish who build impenetrable walls and do not participate in mainstream culture. How do we balance these two values?  The value of mixing and the value of remaining a distinct community?

First, let me say that it is not easy and there are no guarantees.  Second, it takes a lot of effort. Communities in previous generations or in other parts of the world do not feel the same total embrace that most American Jews experience today.  And that means, it takes a much greater commitment to maintain one’s Jewish identity. It takes serious commitment.

Third, we need to appreciate both sides of this equation – both values have to be celebrated.  We have to make it cool to be Jewish and distinct. It has to feel special that we are part of a small community of some 14-15 million among the 7.44 billion people on this planet.  While we are one fifth of 1% of the world’s population, and other religions – especially ones that have their roots in our civilization (namely, Christianity and Islam) have billions of adherents, we are part of a small people that has had a major impact on this planet.

We must see our mission as unique, as Isaiah almost three millennia ago, we must be an or lagoyim – a light unto the nations – sharing ideas, values and learning with the world.

And yet at the same time, we, who believe and value modernity and inclusivity must find ways to maintain our distinct identity, lest we vanish as a people.

Fortunately, our parashah offers us a wonderful insight.  Amidst the seventy-two laws in this Torah reading – the most of any parashah – we find the law not to hate Egyptians, “lo tita’ev Mitzri – for you were strangers in his land” (DT 23:8).

This may seem surprising in a reading that encourages us to never forget what the Amalekites did to us, we are told not to hate the Egyptians who enslaved us for years and killed the male babies of our people.

Noticing this problem, our great commentator de France, Rashi asks: “Why can you not totally hate them, even though (he) [they] threw your male (infants) into the Nile?  What is the reason you may not do this? Because they hosted you in a time of dire need – b’sha’at hadhak.”

Now, when was that? 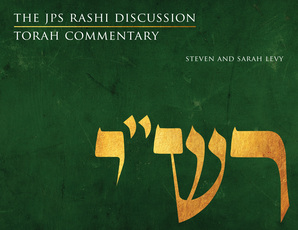 When there was a terrible famine in the land during the time of Joseph.  As Steven and Sarah Levy write in their new JPS Rashi Commentary, “People (or groups, countries, political parties, movements, etc.) are not wholly good or bad, but rather reflect the range of their choices, which may vary greatly.  Second, we are to acknowledge people’s good acts, even when they stand in contrast to their other negative actions.”

This is a beautiful way to approach others – being open to them and judging them with l’khaf zekhut – the benefit of the doubt.  For if we are going to find a way forward in our complex world, we will need to find ways to mix with others, appreciating the gifts that each human being contains.

This modern approach is risky and tricky, if we are to maintain some separateness, but it is laden with values – the value of embracing others, the value the mixing of people and cultures, the value of encouraging spiritual seekers to join our people and fellow travelers who want to be part of our community to find a home here as well.

On our last day in Israel, we received a call from the airport luggage service, our bags had been found and they would arrive before we were leaving the country.  A surprise blessing after we had let go of the hope of ever seeing our luggage again. A reminder not to dislike Vueling Airlines too much, after all, they did provide a safe trip and ultimately, our luggage was returned.

So too, we, who choose both to value the mixing in the world and our unique path, can find unexpected blessings from many places.