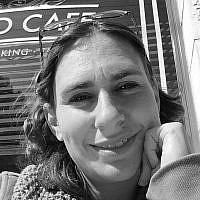 The Blogs
Alieza Salzberg Yizhar
Apply for a Blog
Advertisement
Please note that the posts on The Blogs are contributed by third parties. The opinions, facts and any media content in them are presented solely by the authors, and neither The Times of Israel nor its partners assume any responsibility for them. Please contact us in case of abuse. In case of abuse,
Report this post. 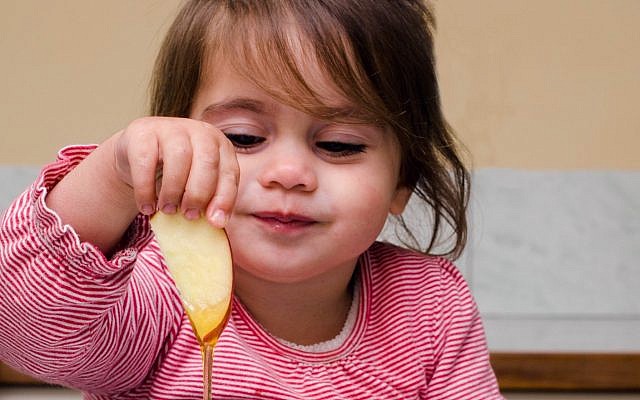 “We’ll have tonight for Rosh HaShana, with apples and challah!”

“No, now! I want honey now,” he whines. “I can’t resist” says my 4-year-old son, whose vocabulary always surprises me. This phrase makes me smile and I try to soften towards him. He must be very hungry, I reason.

“I’ll give you a little to have on your pancakes.” I’m willing myself not lose my cool 15 minutes into the day and hoping this token of goodwill is accepted.

“Nooooo! I want a lot,” he wails, laying himself down on the floor hitting my foot with the plastic honey wand.

It didn’t hurt, but that was my trigger. I rage and yell. He cries.

I take deep breaths and tell him I’ll talk to him when he calms down.

He cries, but eventually winds down into a petulant calm.

He gets his honey.

It’s Erev Rosh Hashanah, after all, the season of compassion.

All day long, I replay the scene. Did I give in too easily, sending the message that tantrums produce results? Or maybe I held on to the honey with a tight fist for no reason; if I had given my son what he asked for (two spoonfuls of honey, instead of one?), maybe I could have avoided the whole scene? I swing on a pendulum, so familiar by now, between demanding discipline and offering gestures of indulgence.

Midrash Bamidbar Rabbah (20:29) tells us that when Moses died, only the men cried, but when Aaron died, the men and the women cried. Moses, who received the 10 commandments from God, was a judge who stuck to the letter of the law, “let the law slice through the mountain,” quotes the Talmud. Moses decided cases justly, regardless of the emotional consequences and was respected for it, but perhaps not loved by all. Aaron on the other hand, was a man of compromise and peace.

When Aaron saw two friends fighting, he went to each member of the couple, appeasing them and paving the way for forgiveness. “Your friend feels really bad,” he would tell both people in private conversations, bending the truth, but creating a new reality at the same time. Aaron prepared them both for compromise and forgiveness, worrying about the positive resolution of the conflict, and not the justice of the original offense.

These two modes of judgment and parenting — authoritative and compassionate — are both logical to me, but then which one to follow? In this season of prayers and introspection, we repeatedly ask God not to act according to the letter of the law. We beg God to act as a parent, to override rules and strict legal standards for compassion and unconditional love.

So, I decide that I want to emphasize my unconditional love to my children and inspire their good behavior in the spirit of mutual respect. I’ll win them over with stickers and one-on-one time, so that when it comes time for shofar blowing, I can demand quiet. But then, in the wake of a tantrum, the plan for compassion is eclipsed. As I find myself losing my cool, I am not only motivated by anger, but actually by fear: a fear that if I don’t stick to the rules now, I will lose my power to parent, my authority. Don’t I need to teach my kids the rules of consequences: you break the rules, you pay?

Our culture often assumes that strict application of justice is radically opposite to the subjective emotional appeal to compassion. This often leads us to see firm adherence to the rules as the more logical and neutral option. But in fact, both reactions to our children are motivated by emotion. Neither route can take the claim of perfect fairness. For some, our fathers were strict disciplinarians and mothers were the ones who would give in, or visa versa in many households. Maybe one parent plays good cop, the other bad cop. These thoughts keep my husband and me up at night, as we debate whether, in our egalitarian household, we can both successfully embody both positions?

I take heart in the idea that God, in the textual imagination of our prayers and midrashim, is also conflicted; sometimes God is motivated by a powerful ego to defend God’s authority, and other times, love softens the decision. In our diverse metaphoric imagery, God might be a King, a Judge, a Parent and a Lover. The parent-God is actually the most likely to give in.

The Talmud in Sanhedrin 6b also weighs these approaches in the context of legal court cases. When is it appropriate to settle out of court, to compromise in the way of Aaron, and when should the court mete out punishment despite the emotional consequences, like Moses? One answer: before the judge gets into the details of the case, when the question of guilt is still undecided, then if the parties can compromise, great! However, once the judge has studied the case, then ignore those findings and letting the guilty party go free is not an option. This answer, itself a compromise, makes sure that the pursuit of peace does not erase the rule of law totally.

Combining these approaches is tricky, but appealing. I recommit to walking a fine line: firmly communicating expectations to my kids, while not punishing every infraction. The power of the day of Yom Kippur is that we know that, as the year turns over, we are forgiven. As I remind myself to be compassionate with myself, I notice that this does not lower my standards. Paradoxically, the ability to escape past mistakes, actually encourages me to set even greater goals. Will indulging my son’s plea for “a lot of honey” on Erev Rosh HaShanah cancel out my attempts to teach healthy eating and respectful communication? Not too much.

About the Author
Alieza Salzberg Yizhar is faculty at the Rothberg International School at Hebrew University as well as staff educator at Camp Ramah Darom. Her fields of interest are Midrash and Talmud, Gender Studies, Jewish History and Creative Writing. She lives in Jerusalem with her family.
Related Topics
Related Posts
Comments